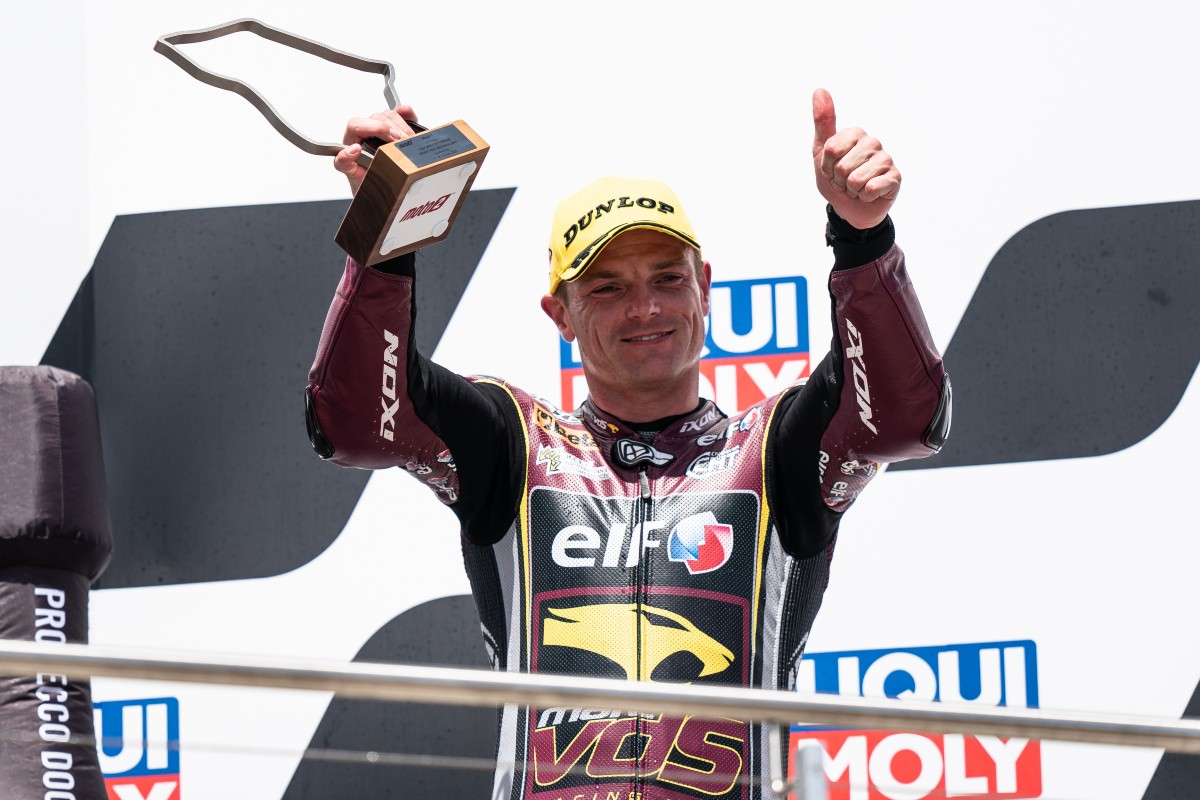 Sam Lowes fought until the end to finish third in a gripping podium fight at the German Grand Prix while Tony Arbolino collected important points for tenth.

A sell-out crowd of 95,214 packed into Sachsenring on Sunday for the German Grand Prix, the tenth race of the year.

In his 150th Grand Prix start, Sam got the perfect getaway from a first pole position of 2022 and led the first five laps of the race.

Although Augusto Fernandez got by, Sam was involved in a thrilling fight for second with Pedro Acosta, Marcel Schrotter and Fermin Aldeguer. The Briton took third from Schrotter on the penultimate lap before almost nabbing second from Acosta at the final turn.

Third place is the 25th podium of Lowes’ GP career. That sees him climb to twelfth in the World Championship with 51 points.

I needed that one! I’m really happy to do it at this track. It was nice to have pole position and a podium. At the end I thought we could have done a little bit more but this is something every rider feels. A mistake with the neutral in the middle of the race lost me some momentum. I hit the screen so only had half a screen after that. I was getting blown around a little bit. The work we did over the weekend and the start to the race were key. It sounds funny because of the experience I’ve got, but I just need to reset and build up again. This result is so important. Now I have something to build on. If I can go to the next race and get another one then I’ll go into the summer break with a completely different mindset. That will be really important for the rest of the season.

From seventh on the grid, Tony had a strong start but was unfortunate to get pushed wide at turn one.

The 21-year old found his rhythm but struggled with front end feel in the blistering high temperatures. He came home tenth, 13.8s back of the race winner.

The six points gained sees Tony retain fifth place in the World Championship with 95 points, 38 back of leader Celestino Vietti.

It has not been an easy race…I got pushed out at the first corner so I was couldn’t find a good line. This was the first thing. The race pace was not so bad and not so far from the front group. But honestly, I was struggling a lot with the front part of the bike. I feel physically good, mentally good. It’s just trying to find the limit on the bike and polish some of the problems we have. We need to improve some of the issues we had today for the next races.