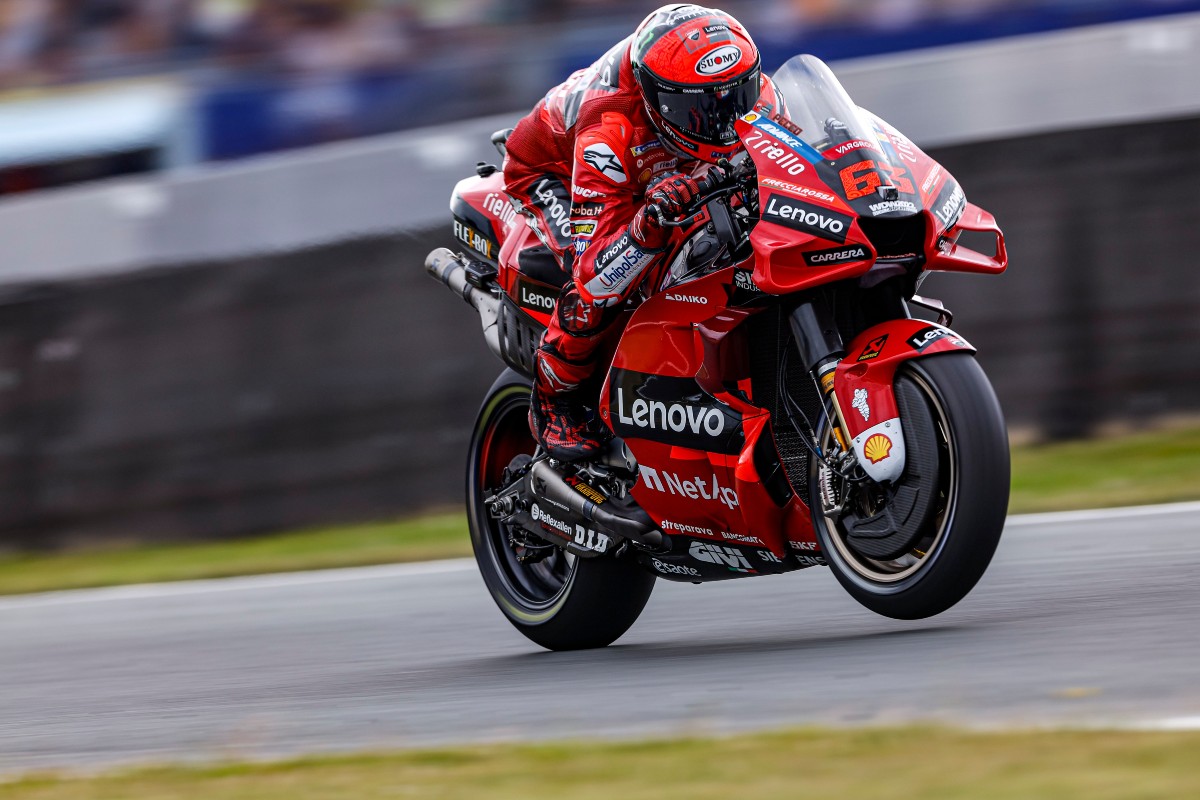 Pecco Bagnaia will once again start ahead of everyone in tomorrow’s Dutch GP at the TT Circuit of Assen. The Ducati Lenovo Team rider scored his second consecutive pole position this afternoon in qualifying, bringing to 10 the number of times he has started from the first position of the grid in MotoGP. After finishing FP3 with the sixth-fastest time and setting the second-fastest time in FP4, Pecco put in a perfect lap in Q2, setting a new all-time lap record at the Dutch track in 1:31.504.

Jack Miller will start from the second row in the eleventh Grand Prix of the 2022 MotoGP season. Tenth fastest after FP3, the Australian rider crashed in the final minutes of Q2, missing the opportunity to improve on the soft tyre. Jack ended qualifying with the sixth-fastest time of 1:32.124, 620 thousandths behind Bagnaia. However, in tomorrow’s race, Miller will be forced to serve a ‘long lap’ penalty for disturbing Viñales in Q2.

In the Dutch GP, there will still be two Ducatis starting from the front row, thanks to Jorge Martin’s third place with the Desmosedici GP of the Pramac Racing Team.

I’m really happy with this pole position. Assen is a track I like, but it’s not one of the best suited to the characteristics of our bike, so to be on pole here is really important! In FP3, I struggled a little bit, but in FP4, I started to feel good again. We simply lowered the bike to get more stability, allowing me to feel more comfortable riding. We did a great job and are now ready for tomorrow’s race.

It wasn’t an easy qualifying session, but I’m still happy with the result. During my first outing on the soft tyre, I almost crashed and ended up wide, losing a lot of time. Unfortunately, even with the second tyre, I couldn’t complete the lap because I crashed. Anyway, I am satisfied because our bike is working well, which is the most important thing. I am optimistic for tomorrow’s race: we were competitive in FP4 on used tyres, and I felt comfortable. I am impressed by how our bike has improved since the beginning of the year. Tomorrow we’ll have to take another long lap, but I’m confident we can do well anyway.

The Ducati Lenovo Team riders will be back on track tomorrow at 9:40am for the warm-up, while the last MotoGP race before the summer break will get underway at 2pm CEST on a 26-lap distance.