6th for Lopez in the #DutchGP, Aldeguer 11th despite long lap penalty 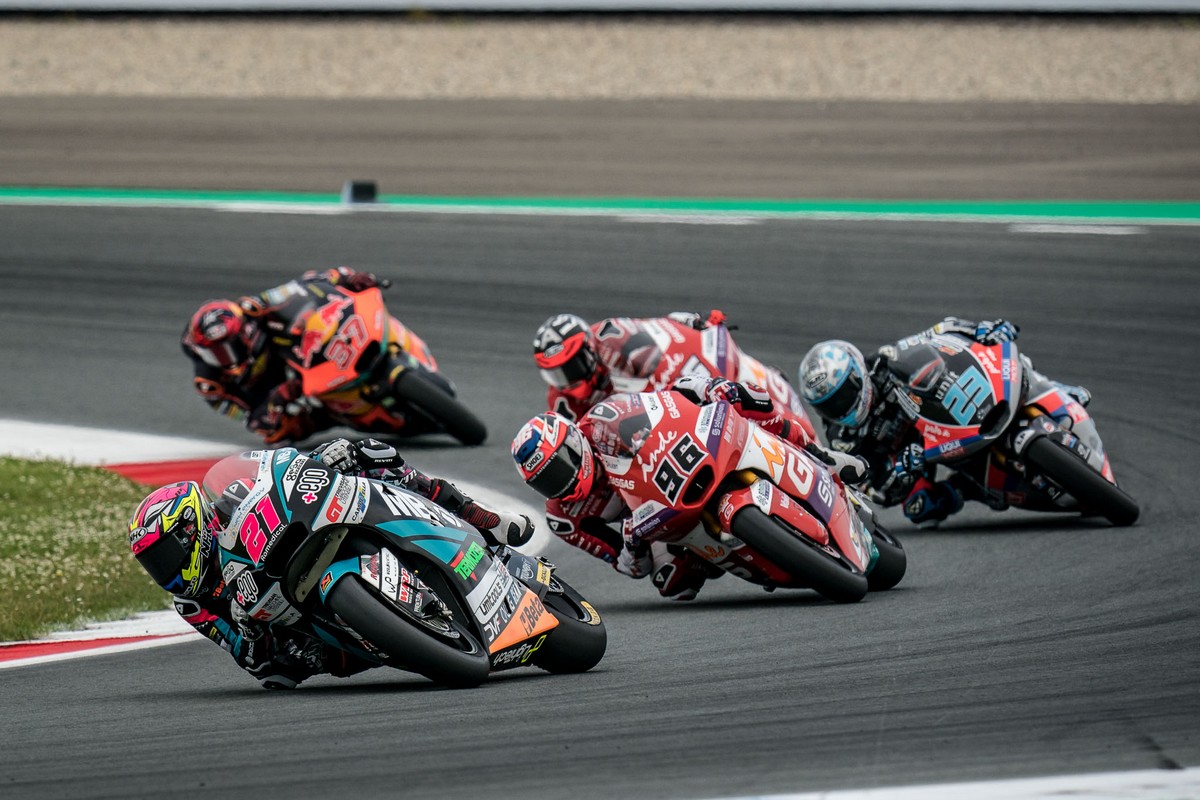 MB Conveyors SpeedUp riders finished the eleventh round of the Moto2 World Championship at the TT Assen circuit in sixth and eleventh position.

Solid performance by Alonso López who proved to be fast and competitive in this Grand Prix too, finishing a tricky race with a satisfying sixth position. The start of the number 21 was excellent, from P5 on the grid to P1 after a few corners. Alonso led in the first part of the TT Assen race holding up to a large group of experienced riders, but a mistake made him lose the first position and found himself a few laps from the end in p8. López then managed to maintain a good pace without losing the group by finishing sixth at the finish line.

An impressive start for Aldeguer too: from p20 to p12, reaching the eleventh position in the second lap which became p10 after a few laps. On lap 7, however, the race direction forced him to a long lap penalty for having crossed the track limit. With the long lap, Fermin lost six positions, having to climb up from p16. With the same good pace the Spaniard continued his race until he finished his first TT Assen in the intermediate class in eleventh position.

The Moto2 World Championship will return after the summer break at the Silverstone circuit for the British Grand Prix 05/06/07 August.

Really very happy, I had a lot of fun on the bike since the warm up. I must say that it was nice to be the leader of the race during the first laps, then unfortunately we made some mistakes, but we are learning and I think this is normal. Now the desire to get back on track soon is really great even if we know we will have to wait for the end of the long summer break. Many thanks to my team and to all the people who support me.

In the end, I’m happy with the race, we knew we were strong even if we hadn’t shown it yet. And nothing, a shame to have taken the long lap because we would certainly have reached the leading group, but in any case, we concluded this weekend quite satisfied with the work done. We will continue to work hard in the summer break to face the missing races of the season better prepared than ever.