Arbolino battles through to 7th at #DutchGP, DNF for Lowes 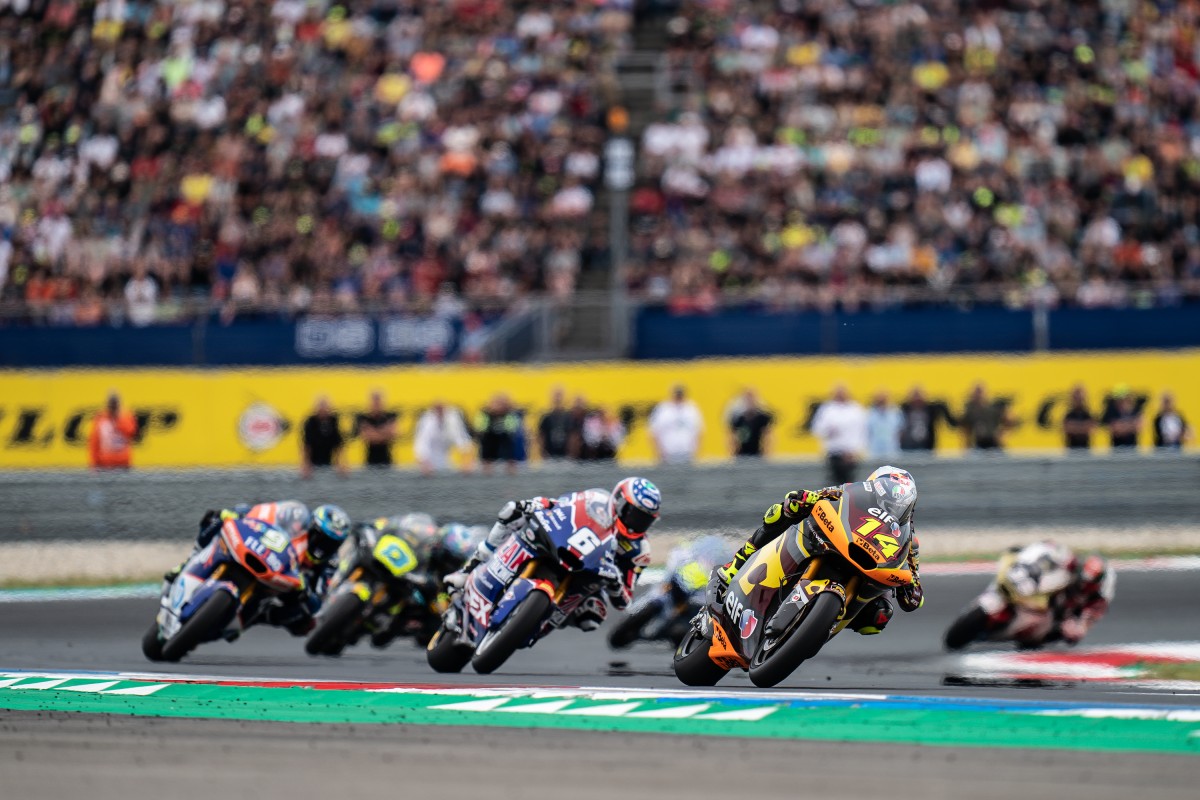 Tony Arbolino signed off the first stage of the 2022 Moto2 season with a strong seventh place at the TT Circuit Assen while Sam Lowes crashed out of the race on lap four.

104,244 fans crowded into the TT Circuit Assen for the first Dutch TT with a full attendance since 2019. The eleventh Moto2 race of the year got underway at 12.20 and was held in cloudy conditions and temperatures of 21 degrees.

Starting from his sixth front row start of 2022, Sam got a good start but ran wide at turn one due to an issue downshifting and ran off track.

After re-joining in 26th, Sam set about gaining more positions. But a crash at turn eight on the fourth lap brought his race to an unfortunate end.

As a result of today’s crash, the 31-year old sits 13th in the World Championship with 51 points.

I’m not happy with the race, it was terrible. I had a problem with hitting false neutrals when I was downshifting. I made a good start but then I had a problem putting the gear in and I went wide. I tried to recover and even overtook some riders but I crashed at turn eight. This is something we have to understand with Triumph as it’s dangerous for me and for other riders out there. I’m ready for the summer break now. I need to chill out, relax and come back stronger so we can start having fun on the bike again. Like this, we are struggling to do that. I want to say thanks to team as always, because the work they did up until the race was very good.

Coming from 13th on the grid, Tony made a flying start to gain three positions of the first lap.

The 21-year old was part of a thrilling seven rider fight but couldn’t quite hang onto the fight for the podium places from lap 13. He kept a consistent pace to come home just 5.5s behind the race winner.

Tony’s ninth top-ten finish of the year so far sees him remain in fifth in the World Championship with 104 points, 42 back of leader Celestino Vietti.

It has not been a bad race but I’m not entirely happy with the result as I would have liked to finish higher. I started well and was improving with every lap. I was in several fights and managed to overtake a few riders. That made me very happy as I noticed that the feeling with the bike was improving with each lap. The positive things are that I had a consistent rhythm and that the team did a great job giving me a bike which was great in the race. Now we’re going to take a break to come back stronger than ever at Silverstone. We’re going to focus on polishing the small details to be even more competitive and fight with the fastest riders in the second half of the season.