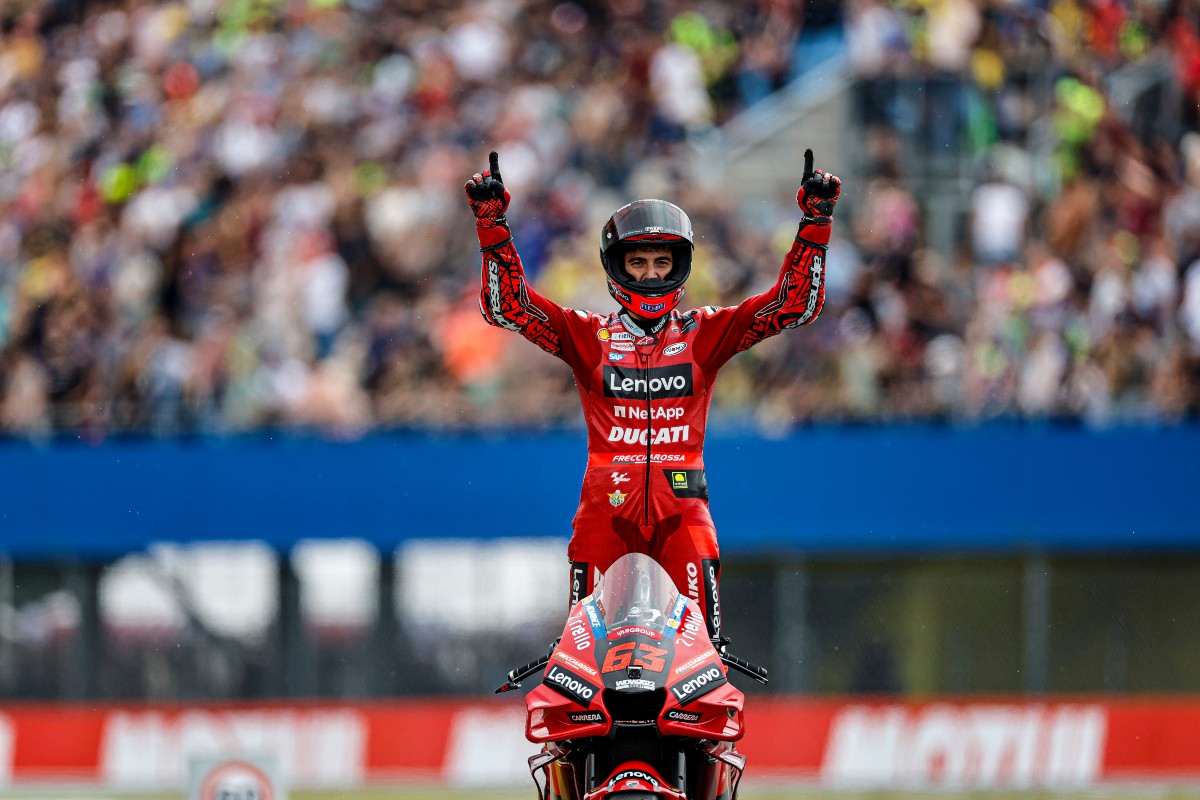 Pecco Bagnaia returned to winning ways at the Dutch GP, held this afternoon at the iconic TT Circuit Assen. The Ducati Lenovo Team rider did another fantastic race today, leading the GP from the first to the last lap. Thanks to today’s success, Pecco brings to seven his wins with the Desmosedici GP, equalling Loris Capirossi. It was also the 60th victory for the factory Ducati team in MotoGP and the Borgo Panigale manufacturer’s second win at the Dutch track after Casey Stoner’s success in 2008. Marco Bezzecchi finished the race in the second position with the Desmosedici GP of the VR46 Racing Team, taking his first MotoGP podium in his rookie year in the premier class and completing a Ducati one-two.

On the other hand, Jack Miller finished the race in the sixth position after a remarkable comeback that had seen him fight for the third step of the podium until the last lap. Starting with the sixth-fastest time, the Australian had managed to gain a position after the start, but after serving the long lap penalty, he rejoined the race in tenth place. Thanks to a good pace, Jack moved up to the fourth and on the penultimate lap, he made one last attack on Viñales for third but was unable to complete the manoeuvre, losing contact with his rival and eventually being passed by Aleix Espargaro and Brad Binder on the final lap.

After today’s race, Bagnaia moves up to fourth overall in the Championship, 66 points behind Quartararo, while Miller remains seventh with 91 points. Ducati takes its lead over Yamaha in the Manufacturers’ Championship to 74 points, while the Ducati Lenovo Team is now third in the Teams’ Classification.

I really had fun this weekend, especially today in the race. It was a special race, and this result gives us the right motivation before we start the summer break. The last time Ducati won at Assen was in 2008 with Stoner, so it’s nice to know that we have taken the Desmosedici GP to victory again at this circuit after such a long time. I’m also happy for Marco Bezzecchi, a friend of mine and an Academy rider, and it’s nice to have been able to share the podium with him. Now we will try to relax and come back even stronger on track in August.

The long lap today cost me a lot. I’ve had a great pace all weekend, and I was able to show it in the race, but when you find yourself so far behind, it isn’t easy to make up positions straight away and ride the way you want to. Nevertheless, I didn’t give up and pushed until the end. I tried to attack in the last laps, but I lost the rear allowing the rivals behind to get closer. Overall, I think I had a good race, and I’m happy about that, so I’m trying to take the positives from today. Now we head into the summer break, and I’ll try to carry these good feelings into the second part of the Championship.

The Ducati Lenovo Team riders will be back on track next Saturday, 23rd July, at the Misano World Circuit Marco Simoncelli for the Race of Champions during the World Ducati Week, while the next round of the 2022 MotoGP World Championship will be the British GP and will take place at Silverstone from 5th-7th August.