Beautiful recovery to 4th for Vietti at #DutchGP, DNF for Antonelli 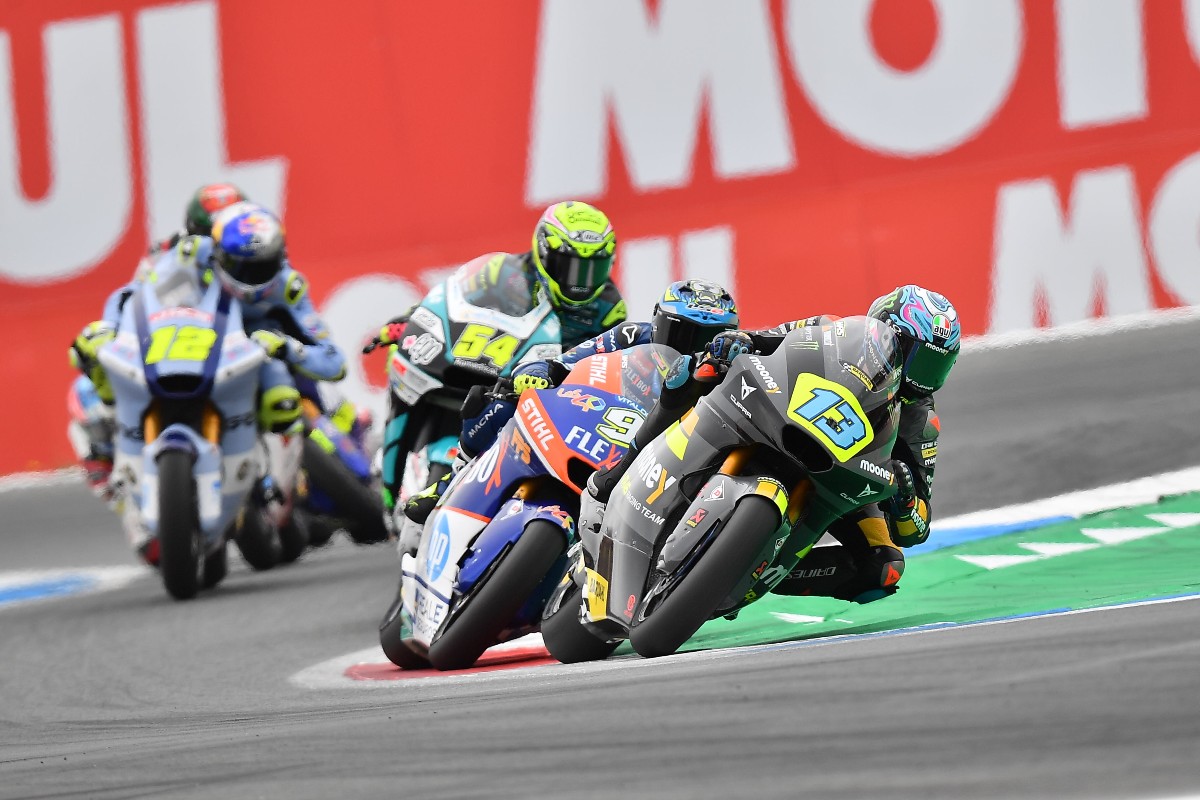 A great recovery at the Cathedral of Assen, culminating in the P4 under the chequered flag, for Celestino Vietti who confirms his leadership in the standings before the summer break (next appointment, British GP, 7 August) for the Mooney VR46 Racing Team. Forced to retire instead, after a crash just two laps from the finishing line, Niccolò Antonelli.

Starting from the eleventh box on the grid and in P13 at the end of the first lap, Celestino had struggled to catch the pace of the strongest guys at the start of the race. In ninth place after 15 laps, he imposed a really fast pace climbing the rankings until he caught the riders fighting for the podium and signing the fastest lap (1: 36.729). With today’s points, he achieves 146 and keeps the P1 in the Championship.

Unlucky race for Niccolò, started from the 27th place. A crash forced him into the pits when he was in P20.

A good race and a great recovery. It remains a bit of a bitterness in the mouth for the vanished podium right under the chequered flag, but I am happy with the race. I started from the middle of the grid, I couldn’t get a good shot at the start and, in the first laps, I have really struggled to follow the lines. I held out, then, in the second half of the race, I managed to impose my pace, mend the gap to the front group and climb the rankings. It was tough in the fight, but I tried to achieve the podium. In the final I was able to find my feelings, to do the fastest lap and close as I wanted. Holidays time now, happy to have kept the P1 in general standings and ready to recharge the batteries to be really competitive again.

A complicated race that ended with a crash right at the end when I was able to recover some positions and I was starting to feel good sensations. A real shame not being able to close the first part of the season in a positive way. Let’s face this break in the best possible mood and get back at work in a few weeks to close the gap and find the feeling I’m looking for.