Enea narrowly misses top 10 with 11th in #DutchGP, points for Diggia in 14th 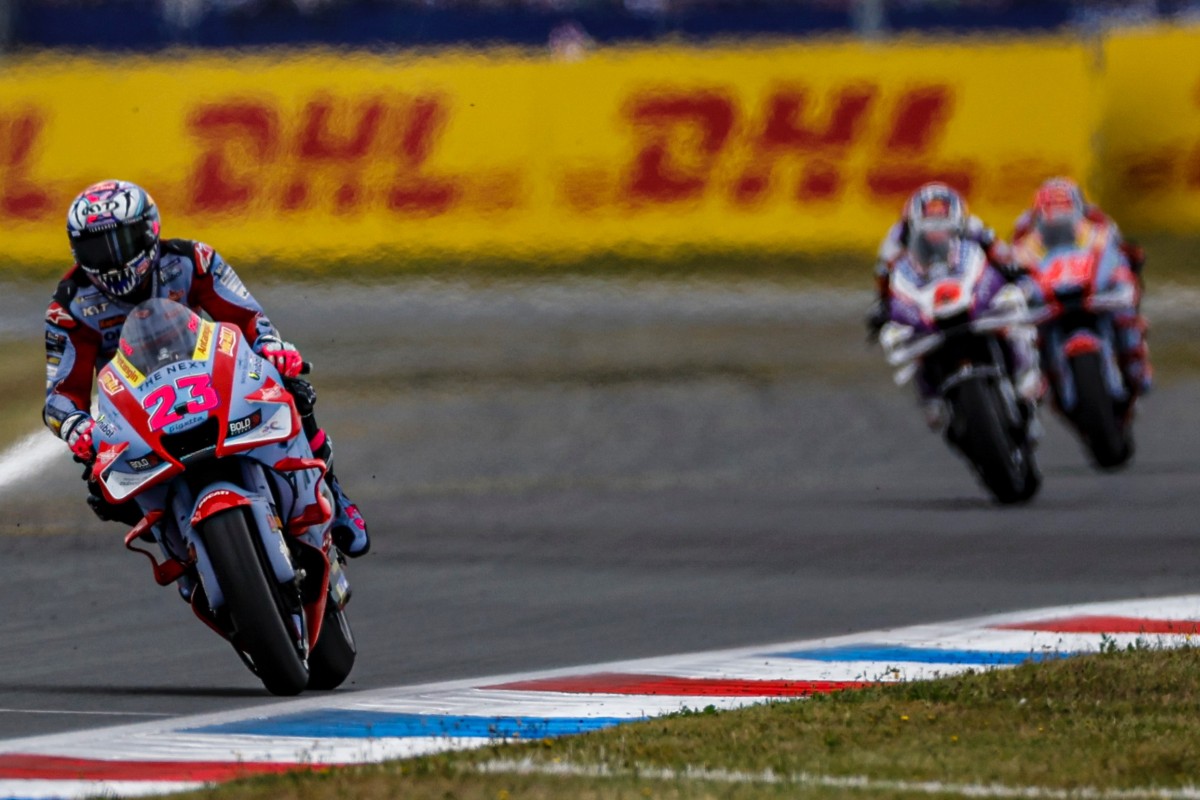 The eleventh Grand Prix of the season turned out to be a nondescript one for team Gresini MotoGP, who for once is out of the battle for top positions with both Enea Bastianini and Fabio Di Giannantonio.

Both riders, however, were able to score important points for the standings: on one side, the rider #23 managed to cross the finish line once again (he was 11th at the chequered flag after doing the same a week ago in Germany, while the #49 is back in the top 15, his fourth points-worth result in the last five races.

With Silverstone more than a month away, it is now time to relax a little for the riders, who will be back this Tuesday already for a two-day test with the Panigale, before joining the other Ducati riders at the WDW (World Ducati Week) on July 22-23-24.

It was a difficult Grand Prix, with many ups and downs. It’s a shame because I was feeling good both in FP4 and this morning, while in the race something was missing in the right-hand corners. It’s a bit of a challenging period of time, but we take these points and we stay positive. Now we’re going to take a little brake to reset and back at Silverstone with a set goal: to be back among the protagonists, and I’m sure we’ll be able to do so in England already.

I see a lot of positives from today’s race. In what was a tough weekend, we still managed to finish in the points and I must say that today the feeling with the bike was a lot better compared to yesterday. I was feeling good and I believe we could have finished between 8th and 11th, but unfortunately a big vibration at the front-end in the second race has limited us a lot.

#DutchGP
Get All Our Latest News Sent Direct To Your Inbox
Join 30,253 other subscribers.
Follow on Social Media
Get the VROOM Podcast
Download our Vroom.GP App