Holgado has strong showing with 6th at #DutchGP, DNF for Masia 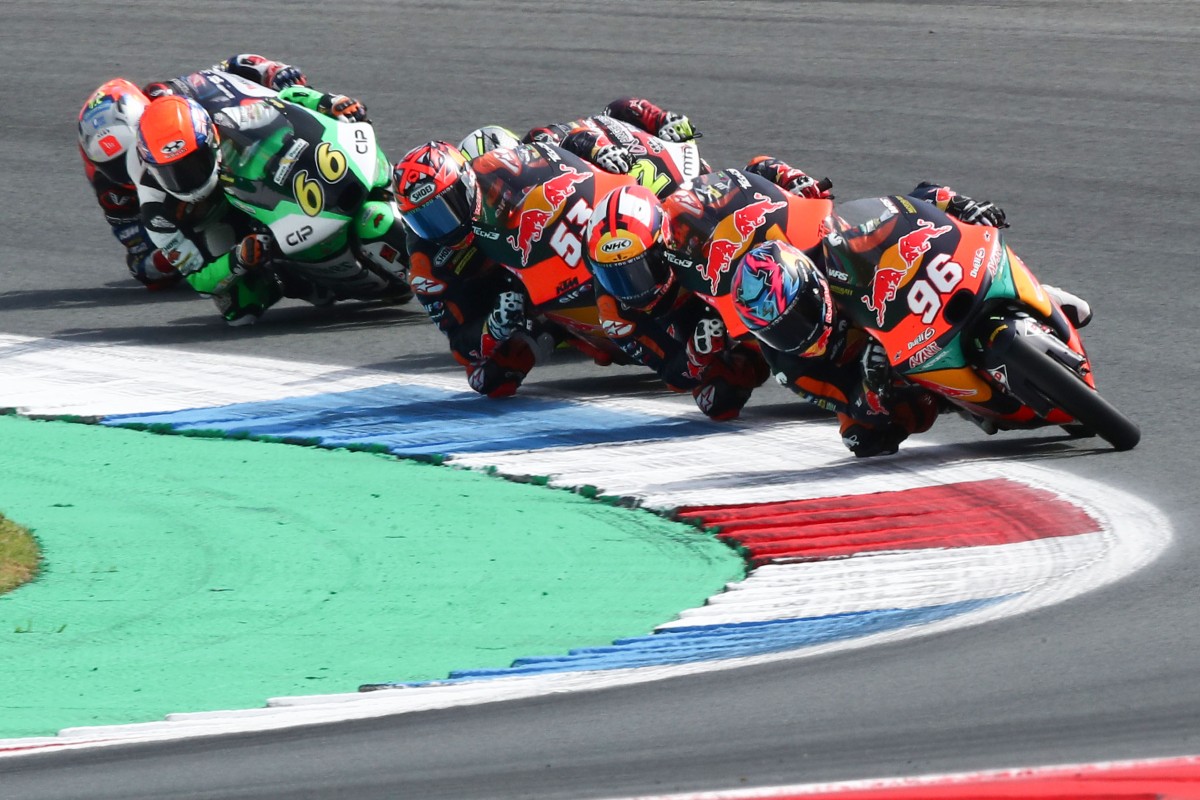 The Moto3 Dutch GP race saw a thrilling comeback for Dani Holgado, climbing from 23rd to sixth. Red Bull KTM Ajo Moto3 teammate, Jaume Masia, had also been on course for a great finish, but a last lap crash leaves him empty handed.

Holgado had sent out a warning to the rest of the field with the fastest time in the morning warm-up. Starting from twelfth position on the grid, his race properly began following a long lap penalty that dropped him down to 23rd. From there, the Red Bull KTM Ajo Moto3 rider set a great pace, matching the times of the leading group. In the final stretch, he moved up into the top 10, then crossed the line sixth as a result of the incident ahead of him.

Masia was on the second row of the grid when the lights went out, dropping places off the line and joining the tussle for fifth. Past the midway point, the leading group broke up and Masia occupied third, and late on he attempted to increase the gap between him and the chasing riders. However, contact with another competitor on the final lap sent him down, denying him a podium finish.

Masia is now fifth in the Moto3 World Championship with 107 points. Holgado is thirteenth with 48. After the summer break, the series returns with the British GP, from August 4-7th at Silverstone.

It was a fantastic race. I made a good start, although the penalty prevented us from being in the front group when we had the pace to be there. After the long lap I overtook many riders. I’m happy because I was able to do that quickly and lead the group, which was the important thing. We’ve gained a lot of experience for the coming races and I’m happy with how today went. Now it’s time to rest, but we’ll keep training to come back stronger.

It was a shame to end the race like this. I felt very comfortable and we were fighting for the podium and even for the victory for much of the race. We were able to stay in the front group, which was the most important thing. Another rider touched me on the last lap and we missed out on the podium. We will continue working during the break to return stronger at Silverstone.