Joan Mir 8th and Alex Rins 10th at the #DutchGP 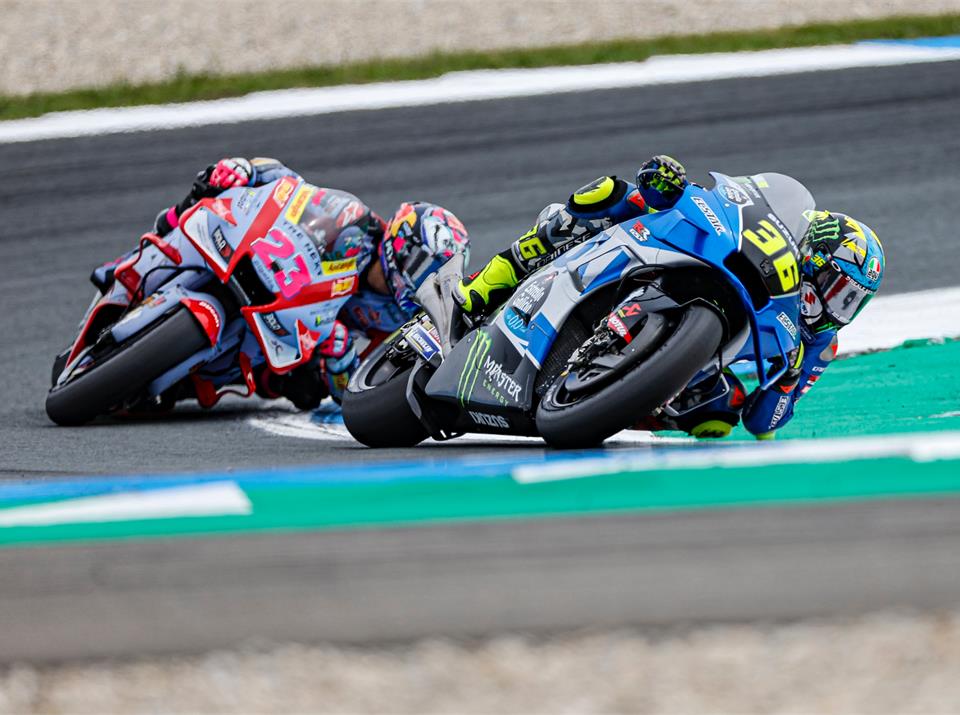 Team Suzuki Ecstar will head to the five-week summer break with a better taste in their mouths than recent weeks after Joan Mir and Alex Rins put in resilient performances to claim eighth and 10th respectively.

The GSX-RR riders proved to have great pace with their best laps only around a tenth from the top. This shows that their race performance was better than the result revealed, but the team are nevertheless pleased with the points achieved after a tough period.

The atmosphere at the classic Assen circuit was electric with 104,244 fans present to witness the drama unfold, and the start was certainly full of thrills for Mir after two small collisions. However, the Mallorcan kept his calm and focused on climbing through the pack. Further back Rins was taking his time to bed into the race and get to grips with the situation.

The pair continued to gain places, and even the onset of rain with 10 laps to go didn’t deter them from their mission. Mir caught up to the group in front and started to pass those around him, and before long he was joined by his team-mate. With gaps having opened up in the field, Mir and Rins reached the highest positions possible with eighth and 10th; welcome points for both riders.

“There were two key things about this race for me, one is that my start was quite bad and I didn’t gain any positions, and the other is that in the last part of the race I lost a lot of time trying to overtake Zarco. But in general today’s result isn’t bad because the lap times showed I was quite pacey, and I was able to make up quite a lot of places in the end and get some points on the board. I feel a bit of a boost now ahead of the summer break, and I’ll be ready to come back and fight for more in the second half.”

“My start wasn’t as good as usual, and I’m not really sure why – I started ninth but I was only 16th in the early laps. Then I wanted to make sure I had enough heat in the tyres and I didn’t want to push until I felt more able to. I did feel some pain during today’s race, and it wasn’t easy, but I managed to get my way up to 10th and that’s quite a nice finish after such a difficult period for me and my team. Now it’s time to take a few weeks of rest and come back in Silverstone – a track I really love.”