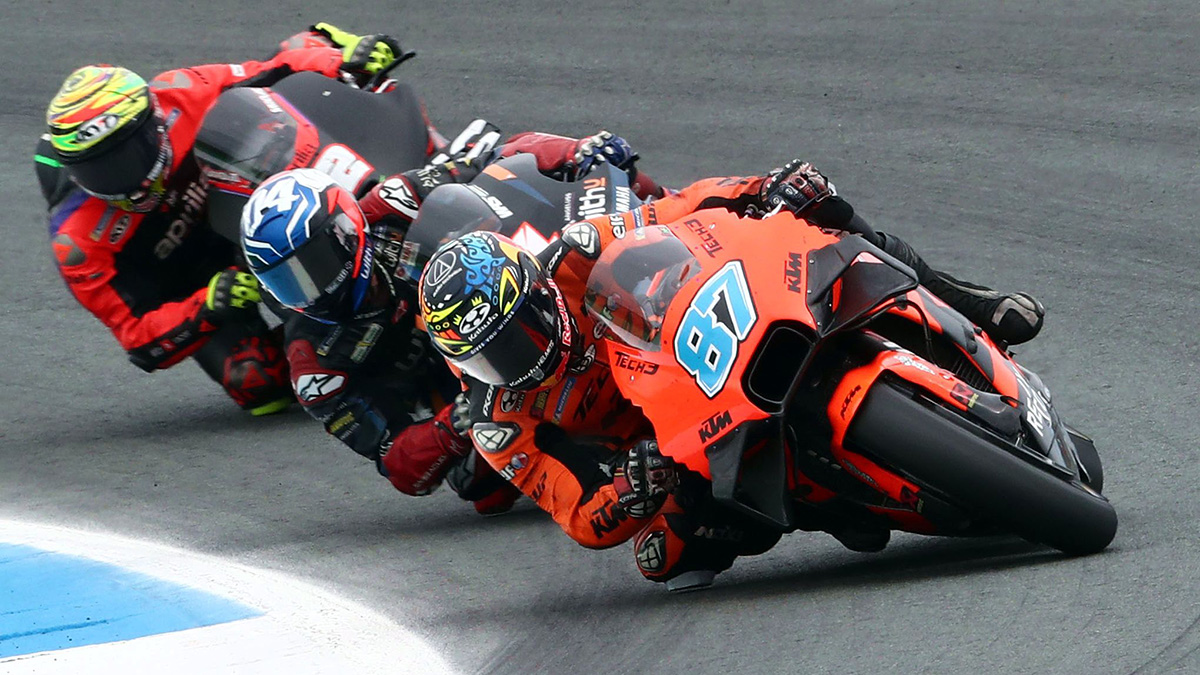 The last race of the first half of the silly season provided its fun and thrilling action as usual. While grey clouds threatened the TT Circuit Assen all day, the Dutch Grand Prix was declared dry as the twenty-four riders lined up for the ultimate round before the summer break. Remy Gardner was starting from the nineteenth position, and Raul Fernandez the twenty-third.

The number 87 from the South of France-based team has been surfing on a positive wave since he reached his best result at the Catalunya Grand Prix, followed by another positive weekend last week in Sachsenring, and was looking to continue in this direction at the Cathedral of Speed. When the lights went out, Remy took a good start but was disturbed by the first corner’s traffic and found himself in P24. He then settled himself comfortably during a couple of laps in 1’33, and progressively gained back positions all the way to P19. During the second half of the race, Remy Gardner lost a bit his rhythm but managed to maintain his position. He crossed the final line in the nineteenth position.

Raul Fernandez took a really good start today and got himself to the nineteenth position. He rode his fastest lap in the third lap after the lights went out, in 1’34.068 but a small mistake in the first sector of the following lap of the Dutch layout made him lose his positions. When we thought that the Spaniard was coming back to the garage to swap bikes after the white flag was displayed, he unfortunately had to retire due to a big pain in his right forearm, making it impossible for him to ride safely.

“It was a really tough race. I made a good start which I was pretty happy with, but then I got sandwiched in the first corner by other riders and ended up last. I had to push a lot to try to fight my way back to my position and finished with a P19. It is time for a well deserved summer break because the start of the season has been very intense. I need to get away from bikes and enjoy a bit of other activities, before getting back to training to prepare for the second half. I hope that KTM will work on the few things tested in Catalunya in the meantime so I can feel better on the bike.”

“I am not sure exactly what happened at the start of the race but quickly I encountered a pain in my right forearm. The muscle was blocked, it hurt, and it became worse lap after lap. I was struggling with braking, so the best decision was to retire because it was unsafe for both the other riders and myself. I would like to apologise to my team because they have worked really hard this weekend.”