Sixteenth for Andrea Dovizioso in Assen, DNF for Darryn Binder 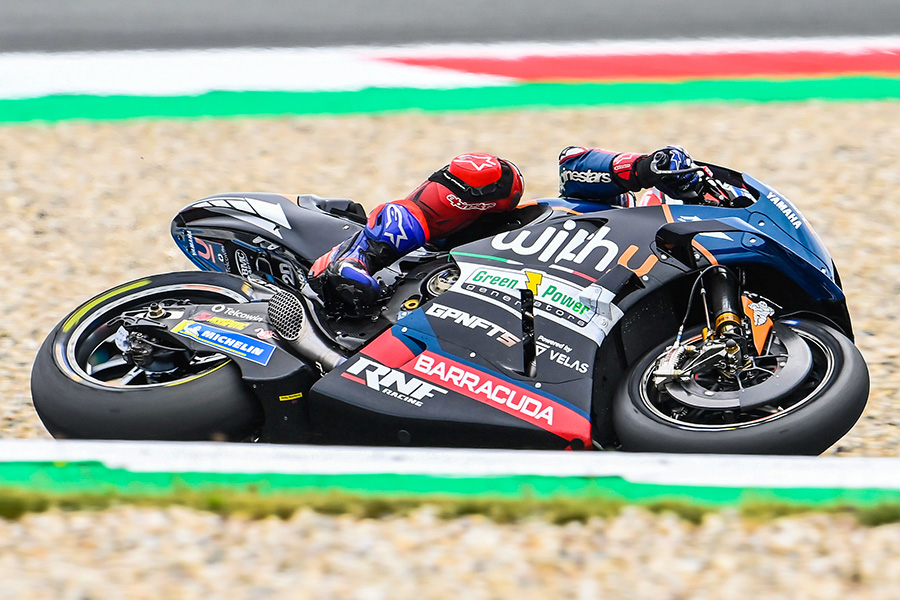 Following some changing weather conditions during the Dutch Grand Prix weekend, Sunday was overcast but dry until the final 10 laps of the race, where a few drops of rain delivered even more excitement for more than 100,000 spectators around the legendary TT Circuit in Assen.

Starting from P17, Andrea Dovizioso had a difficult opening lap and went all the way back to 23rd position. From there, he started to build a consistent and pretty fast pace and initiated his launch forward from the fourth lap onwards. He made up position by position and was already back in P19 around halftime of the 26 laps race.

Although some slight rain set in with 10 laps to go, the Italian did his personal best in lap 20 with a 1:33.582 and went up to 17th with three laps to go. On the final lap, Dovizioso gave everything again to eventually also catch Luca Marini for P16, missing out narrowly on what would have been a well-deserved point.

In the meantime, Darryn Binder, showed one more of his rocket starts in his 11th MotoGP race and made up four places on the first lap. The South African went even further and was in P18 just four laps later, but unfortunately lost the front in turn nine of the ninth lap and therefore called it a day prematurely.

Now the entire paddock and the WithU Yamaha RNF MotoGP Team is looking forward to an important summer break ahead of the championship’s return to action in about five weeks’ time.

“I didn’t have a good start, I lost positions in the first three corners, because there were some confusions in turn one where I went out from the track as everybody was inside. This track is difficult at the beginning to overtake because there is a big disorder about the lines and at the start of the race from the start of the season, I can’t properly brake or stop the bike. I’m not able to be aggressive and not able to gain and use the potential of the bike. Almost every race for me, I’m losing 12 seconds in the first five laps just because you are behind and that is bad. In any case I was able to recover and gain some positions and overtake Bradl and Marini at the end. But I wasn’t able to score any points, so it’s just unlucky.”

“Overall, it’s been a difficult weekend for me. Because we lost some dry time on Friday, I always felt like I was one step behind where I needed to be. I was always playing catch up. In the race, I started to make steps forward, I went faster than what I did in Qualifying on the hard rear tyre, so I was slowly, but surely getting better and better and I was trying to keep a good rhythm. Unfortunately, before lap 10, I just tucked the front going into turn nine. I’m really disappointed. That’s not the way I wanted to go into the summer break. Anyway, I’ve got five weeks now to work on myself and come back fitter, stronger and faster.”