Miller to start #BritishGP from the front row with 3rd in qualifying, Bagnaia 5th 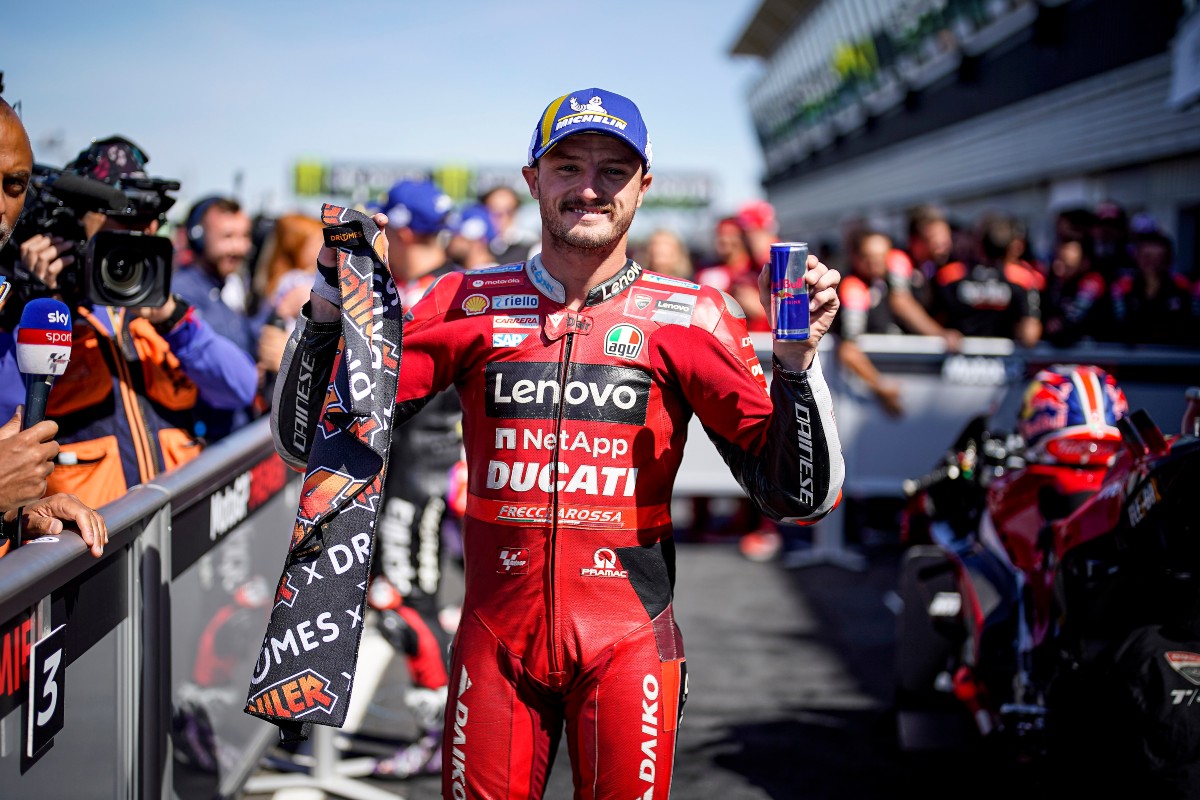 Jack Miller will start from the front row in the British GP, the twelfth round of the 2022 MotoGP season, scheduled tomorrow afternoon at the Silverstone circuit.

After securing a spot direct access into Q2 thanks to the third fastest time at the end of FP3, the Australian rider continued to be competitive and fast in qualifying as well, as he managed to get under the 1:58 wall and set the third fastest time of 1:57.961, 164 thousandths off the pole. For Miller, it is the third front row start this year, after he took second in qualifying for the GP of the Americas and the GP of France.

On the other side of the garage, Pecco Bagnaia will start from the second row tomorrow. Seventh after FP3, the Italian also managed to drop below 1:58 in qualifying, but with six riders within less than two-tenths of a second in the top six positions, his time was not enough to secure him a front row start. Pecco, therefore, finished fifth, in 1:57.961, 30 thousandths behind Miller.

Taking pole position today was Pramac Racing Team rider Johann Zarco who, thanks to an excellent lap in 1:57.767, set the fastest time and a new circuit record, previously held by Marc Marquez and dating back to 2019 (1:58.889).

I’m happy with the result today in qualifying, especially because we managed to set an incredibly fast time. I tried to have fun and make the most of our potential, and I pushed hard to take pole finally, but Johann had something extra. In FP4, we showed that we have a great race pace, and now we will work on trying to make up a few tenths more, but overall we are ready to fight for the win. The only doubt remains the tyres: the choice will depend a lot on the temperatures we find tomorrow.

I’m happy with today’s result in qualifying. We were very fast even though we were struggling a little this morning. For the race, we’ll have to take a few more steps forward, working especially on our pace, which at the moment is not at the level of our rivals. Now we will analyse the data and try to improve for tomorrow.

The Ducati Lenovo Team riders will be back on track tomorrow at 9:40am local time for the warm-up before tackling the British Grand Prix over a 20-lap distance at 1:00pm local time.