10th place for Bezzecchi at the #BritishGP, 12th for Marini 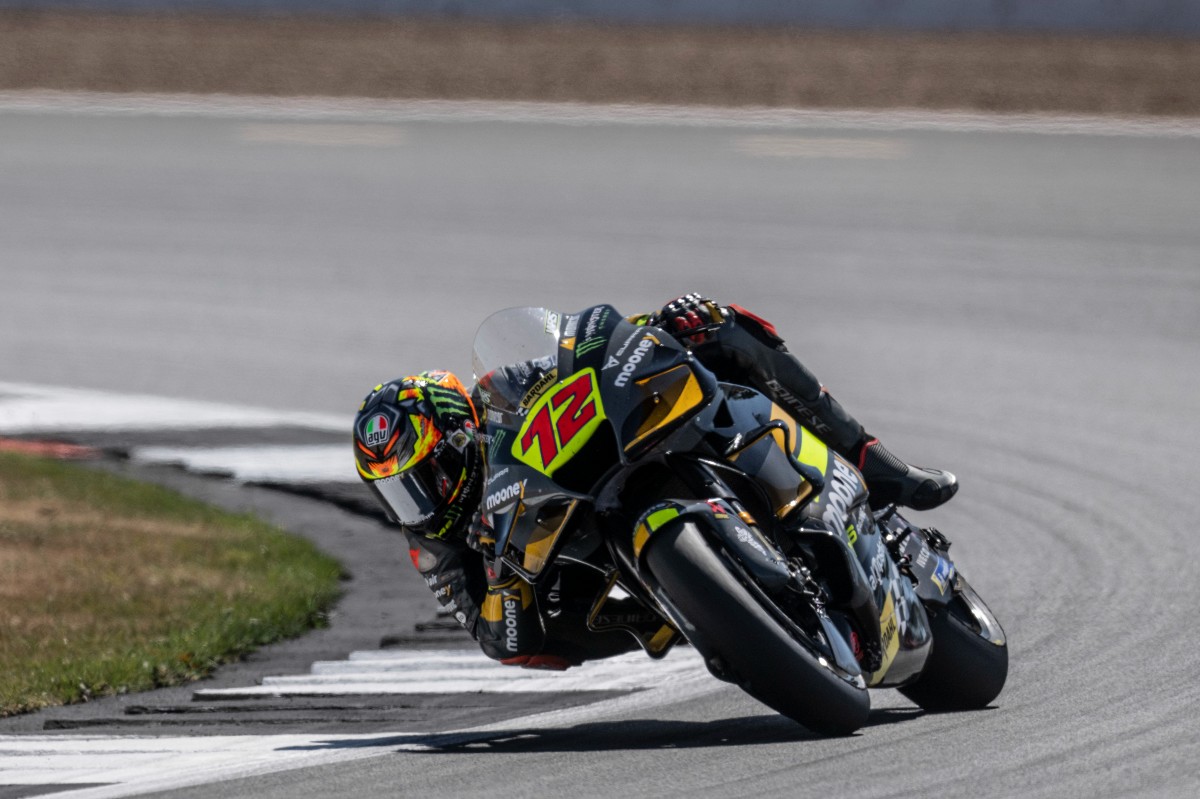 Marco Bezzecchi and Luca Marini give more proof of solidity at the British GP which took place today at Silverstone (next appointment in Austria in two weeks). Starting from the third and fourth row of the grid, riding the Ducati Desmosedici GPs, the riders of the Mooney VR46 Racing Team crossed the finishing line in the slipstream of the very first guys in 10th and 12th position.

Seventh on the grid, Marco was the victim of a contact just at the green light and is forced to recover. In P15 after 2 laps, thanks to a good pace, he hit the top 10 right under the chequered flag reaching 61 points in the general standings (13th position), first among the rookies.

Luca was also penalised by the same incident at the start, from the tenth position on the grid. After a difficult first half of the race, he recovered in the final stages to the 12th place, scoring points for the eighth time during the season (56 points overall, P15).

To be the first time in Silverstone with the MotoGP, I’m happy to have hit the top 10, a good result. It was not the start I expected: I was immediately touched by someone at the start and then even after 2/3 laps while I was trying to recover positions. I then took full advantage of the good pace we had to move up the rankings, I tried and being in the top ten is not bad at all. We have worked well all weekend, the guys of the Team have done a lot and we will continue like this towards Austria, a track that I like very much.

A race compromised at the start: some riders had a contact in front of me and I had to go wide losing so many positions. I couldn’t do nothing different, I then tried to recover and move up the rankings. I pushed a lot, the pace was good, but the gap from the front group was too big. I was very strong in braking, I felt at ease in overtaking and it’s a shame I lost ground right at the start. We bring all the positive from this weekend to Austria to make another step forward.

#BritishGP
Get All Our Latest News Sent Direct To Your Inbox
Join 30,242 other subscribers.
Follow on Social Media
Get the VROOM Podcast