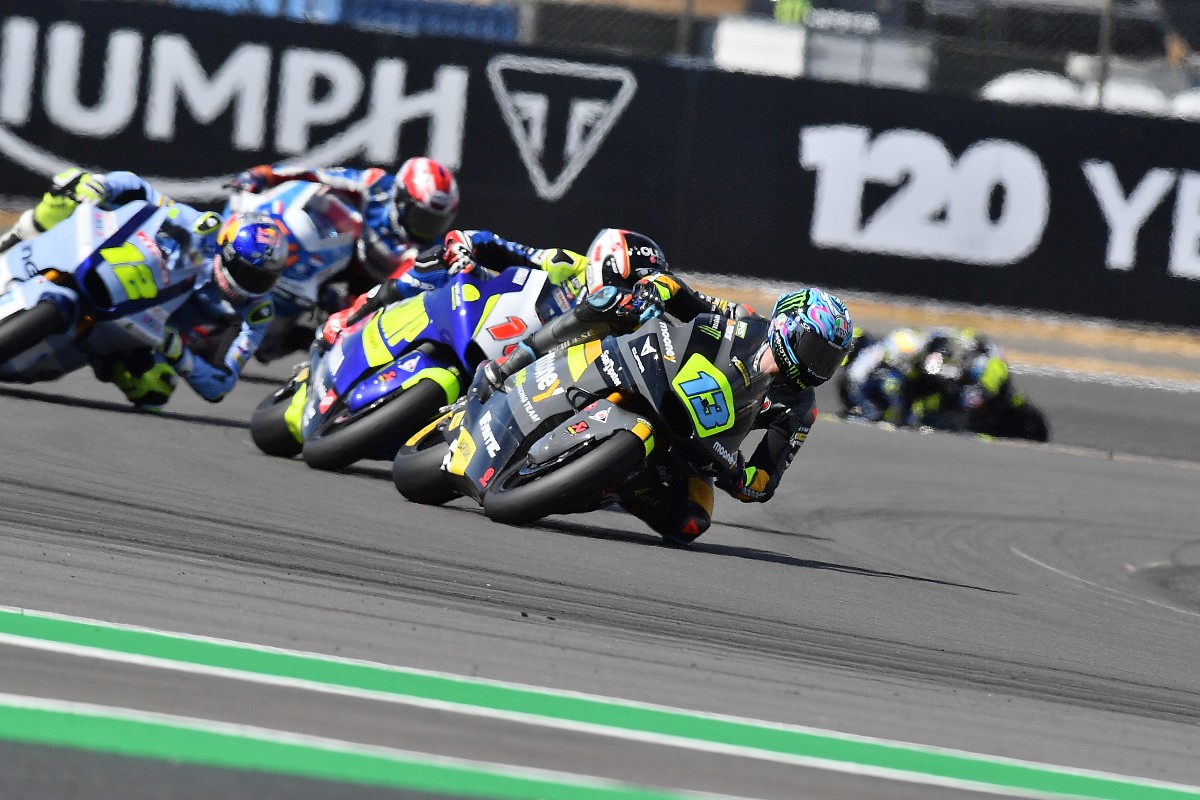 Celestino Vietti crossed the finishing line of the British GP in sixth place, thanks to which he is in P3 in the general standings. With 19th place Niccolò Antonelli showed he was capable, right on the English track, of a big step forward on his Kalex.

Starting from the fifth position of the grid, Celestino kept the pace of the riders fighting for the very first positions until the long lap that forced him to P10. Constant on his pace then, he resumed the contact with the riders in front of him and he was under the chequered flag with a gap of of five seconds. With today’s points he rises to 156 in the overall standings in third place.

Positive week also for Niccolò who from the P26 on the grid recovered several positions in the race and has more and more the points in his viewfinder. Our next appointment is in two weeks at the Austrian GP.

I am quite happy with the sixth place, considering everything that happened over the weekend. We have to see the glass half full: this was one of the most difficult tracks for me in the calendar. The first lap was the most complicated, I lost many positions and the contact with the very first guys. Then the long lap and the save with the elbow. I knew there was a hole and I did good, but at the same time l was lucky. We remain focused on Austria, we can return to being one of the protagonists.

A step forward here, a complicated track for a rookie, even if I can’t say I have hit my target yet. I enjoyed the race, I had good sensations and I can’t deny that we made some steps after the summer break.