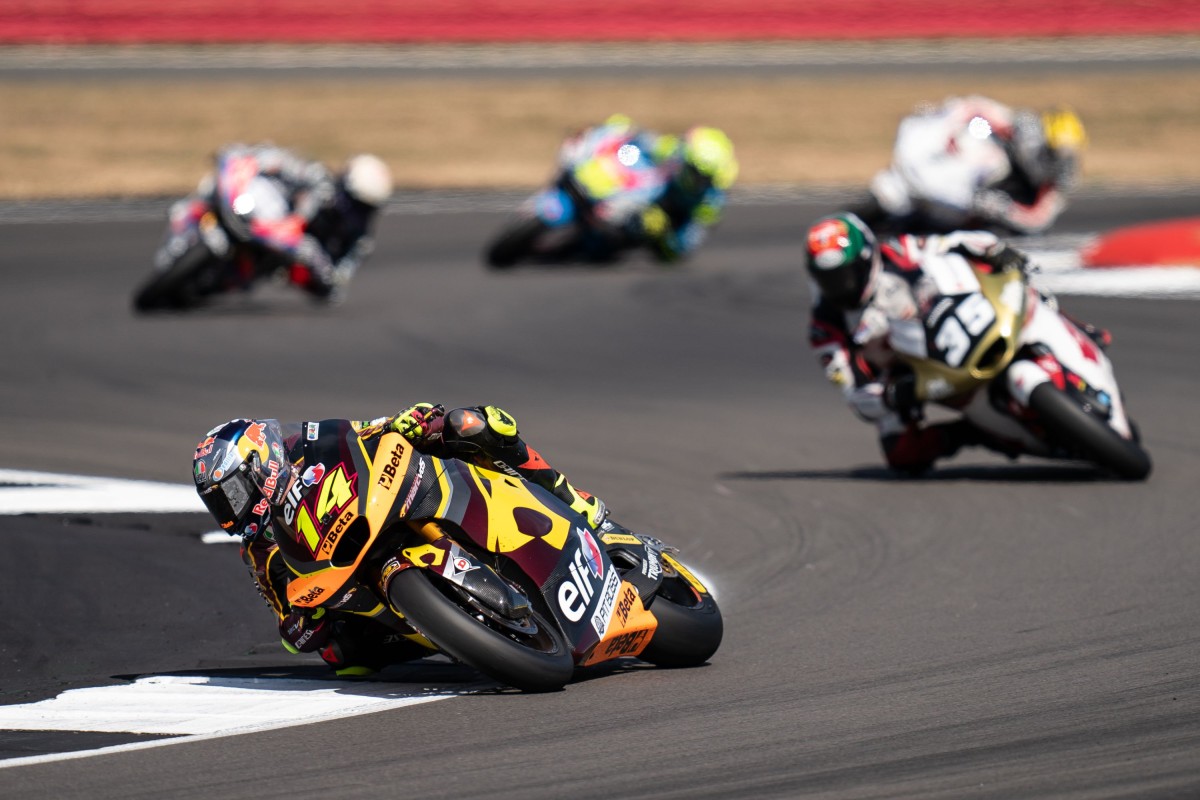 After being forced to avoid another rider’s crash, Tony Arbolino recovered well to score four points for 12th place at the British Grand Prix.

Moto2 riders had to contend with the hottest conditions of the weekend for the twelfth race of 2022 at Silverstone Circuit as track temperatures reached 46 degrees at 14.30, the time of the race start.

Tony Arbolino was the only Elf Marc VDS Racing Team rider on track on Saturday and Sunday after Sam Lowes suffered a dislocated left shoulder in FP1.

Tony made a great getaway in the 18-lap race, gaining three places on the first lap to sit eighth. From there he was engaged in a close fight with Joe Roberts for seventh.

The 22-year old’s race was heavily impacted on the eleventh lap when he took action to avoid Albert Arenas’ crash at turn four, running off track. That dropped the Italian from 8th to 13th.

He managed to pick up one position from there to finish 12th, 14.8s behind the race winner. The four points gained see Tony remain in fifth in the World Championship with 108 points, 63 off leader Augusto Fernandez.

I tried to be with the first group and tried to gain some positions. I did it and was doing good lap times. But I was not happy riding the bike, and was trying to find its limit. All lap I was on the limit with the front part of the bike and this is something we really need to adjust. I was not able to repeat my fastest lap time. Anyway, we need to keep working and believing. We want to finish the season on a really high level and do the best we can. After that, let’s see.

#BritishGP
Get All Our Latest News Sent Direct To Your Inbox
Join 30,271 other subscribers.
Follow on Social Media
Get the VROOM Podcast
Download our Vroom.GP App