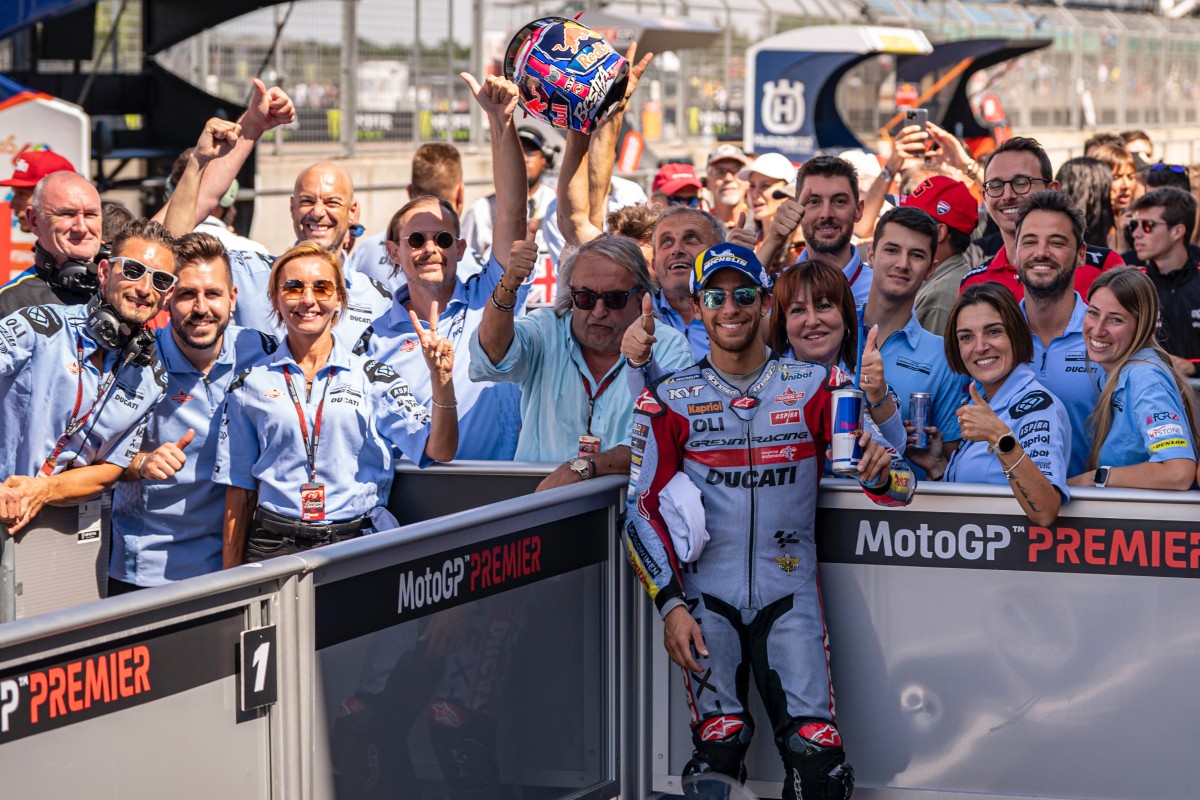 Only a coming together at the start with Bezzecchi and Martin took away the joy of a podium (and who knows, maybe something more) for Enea Bastianini, who was surely the rider on the best form in this first round after the summer break.

Six overtakes in the second part of the race were the perfect display of the mental and physical form of the rider #23 that we used to see when the Italian stepped atop the podium this year. Enea bounced back from 11th place to 5th in less than eight laps, while getting the better of (in order) Binder, Oliveira, Mir, Aleix Espargaro, Quartararo and Martin.

Thirteen points allowed the star of Team Gresini MotoGP to move back into fourth place in the standings (62 points from leader Quartararo) with the top three only 13 points away.

A race to forget for Fabio Di Giannantonio, who was 15th yesterday, as he was unable to find the right feeling in the warm up and was eventually 22nd at the finish line.

At the start of the race it wasn’t easy to understand how to ride without a rear wing, but from halfway point I was able to put together a great race. Fourth is surely a good result, but to get so close to the podium without actually achieving the result left a strange test in my mouth. We put together a great comeback and it doesn’t really matter who I overtook, the important thing was to get as high as possible and we did it. We’re an evolved type of pokemon and I’m sure in a little while, more will follow.

It was really a race to forget: we gambled on the black and and the black came out. We struggled throughout the weekend to find the rear-end grip and even during warmup things didn’t go as planned. We opted for the hard tyre and that also turned out not to be a positive choice. It’s better to reset and focus on Austria.

#BritishGP
Get All Our Latest News Sent Direct To Your Inbox
Join 25,262 other subscribers.
Follow on Social Media
Get the VROOM Podcast