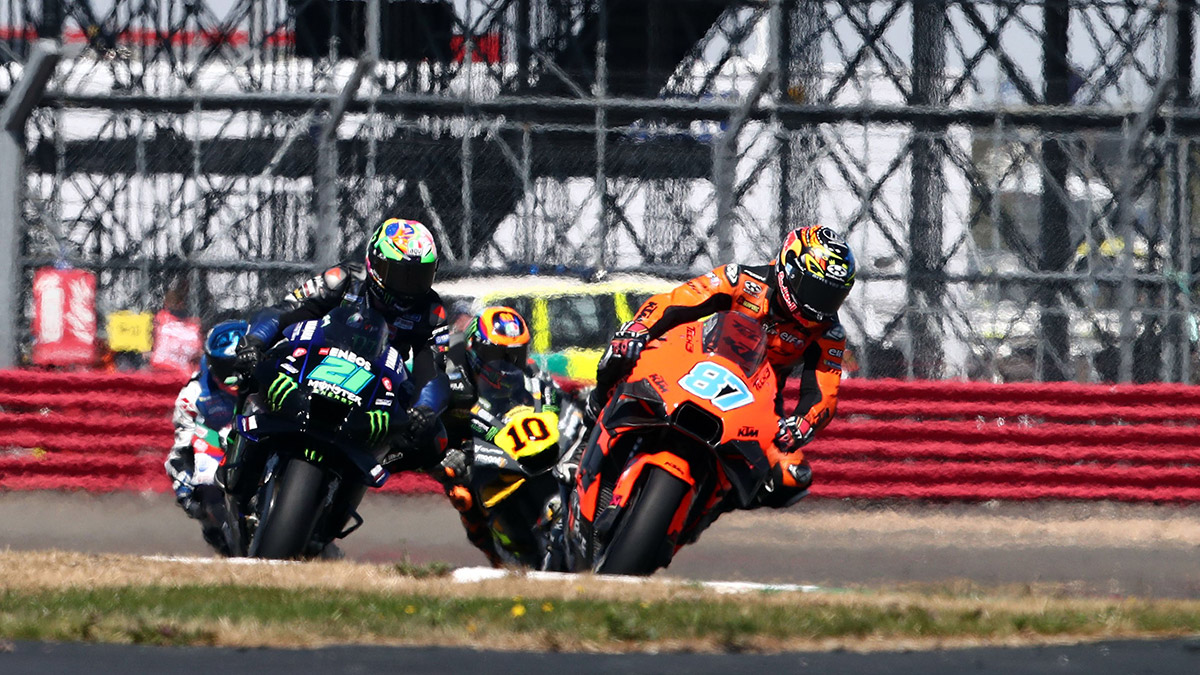 Tech3 KTM Factory Racing duo Remy Gardner and Raul Fernandez took their twelfth MotoGP start today at the iconic Silverstone track for the British Grand Prix, marking the return of the action after the summer break. The Australian completed his best qualifying session yesterday as he was starting from P16, while Raul Fernandez lined up from the twenty-second spot.

From P16, Remy Gardner took a solid start to the race as he progressively grabbed places until finding himself in P13 within five laps. Fast all weekend, the race pace was positive as he recorded his fastest lap already in the third lap, in 1’59.953, and continued to ride in the 2′ for a few laps, maintaining himself in fifteenth position. It was already a good race for the rookie who has been making good progress over the last few Grand Prix. Unfortunately, Remy seemed to start struggling from the tenth lap as he lost pace progressively. He fought hard to try to keep a good spot, but it was difficult with the tyres dropping, and he had to settle with a P18.

Raul Fernandez did not have an ideal weekend in Silverstone. Although he was eager to return on his KTM RC16, the Spaniard did not find the way to improve after a very positive first session on Friday. He was starting from the seventh row today and struggled within the first laps as he committed a few mistakes which forced him to work harder to recover from the lost time. His pace was regular throughout the entire race, and he passed the checkered flag in P22. The duo will now be heading to Austria, KTM’s home Grand Prix, in two weeks.

“I took a decent start to the race and had a very good first half. I managed to get my way to P13 and was feeling good. Around lap 10, some riders came past me. I tried to hang on a bit more to them, but the tyres were dropping so I tried to survive. Anyway, the gap to the front is the closest it has been all year, the pace was good, so it was a positive weekend overall.”

“It was a difficult weekend for us. We encountered different issues which caused a loss of confidence. During the first lap, I made many mistakes and had to work really hard to regain confidence. It was tough, but I took the experience and we will be hoping to have a better weekend in Austria.”