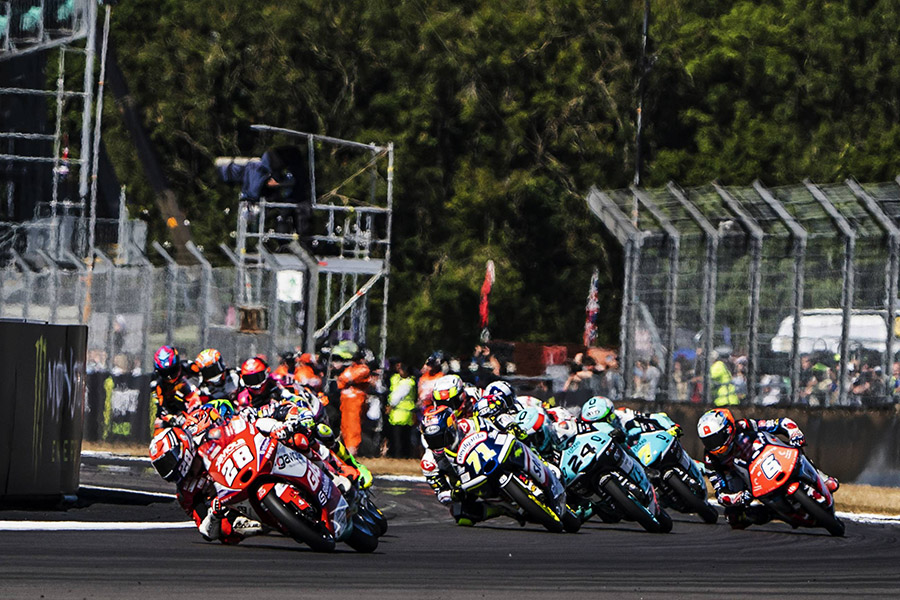 The Gaviota GASGAS Aspar continues to lead all the classifications (riders, teams and constructors) in the Moto3 category despite the result of the British Grand Prix. Both Sergio García Dols and Izan Guevara have been involved in incidents caused by other riders and have not been able to finish the race at Silverstone, when both were fighting in the leading group for podium positions. Sergio was sixth in the last lap that he was able to complete, while Izan, who crashed on the last lap, was seventh.

The huge advantage enjoyed by the two riders at the general standings is now reduced to 42 points over Dennis Foggia, winner at Silverstone. Sergio García Dols will arrive in Austria with a three-point advantage over his teammate Izan Guevara, while Gaviota GASGAS Aspar will do so with a 127-point advantage in the teams’ classification.

Sergio García (DNF):
“I felt very strong all race and was using all that the bike had to offer today. I was well positioned approaching the last laps but I guess Sasaki didn’t see me and hit me off. These things happen and it’s a big shame because the weekend had been going well and we’d worked hard for this. I hope we can turn around our luck for the next GP. The only positive is that the championship points stayed the same and the positions also. We could have made a forward step today though.”

Izan Guevara (DNF):
“A strong start to the race with good lap-times in the 11.5s but by the fourth lap I could feel the tyre was pushing. I didn’t really know what was going on and slipped back into the group. I didn’t have a great feeling and was just trying to keep with the guys. With two laps to go I was running 6-7 and thought the podium might be possible but all I know is that I was hit by a bike and the race was gone. It could have been worse for the championship but Sergio also went down so now we just have to think about Austria and hope for more luck.”