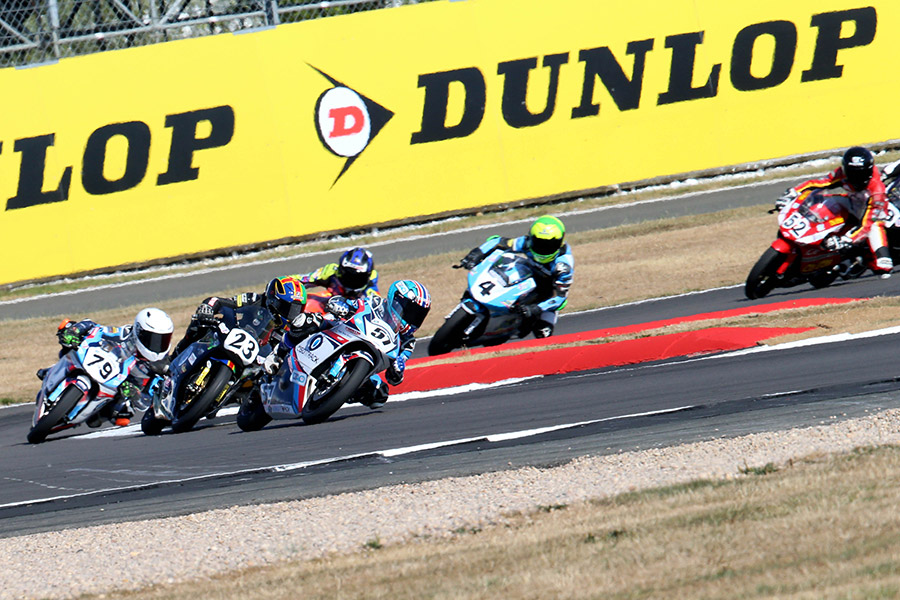 After domination in Race 1, Johnny Garness (MLav VisionTrack Academy) did it again on Sunday for another impressive victory. In a class of his own all weekend, the number 57 was over six seconds clear at the chequered flag in Race 2. The same two riders joined him on the podium too, with Rhys Stephenson (Rockey Racing) impressing for another rostrum finish and likewise Harley McCabe (MLav VisionTrack Academy) as they took second and third, respectively.

Garness got the holeshot once again, with Stephenson slotting into second and McCabe into third – as it would turn out, also where each would finish. Initially though they were glued together, and Stephenson was able to take the lead for the latter part of the lap – before Garness swept round the outside to lead over the line for the next.

As the laps ticked down, the gap then only grew. Once into clear air and settled in the lead, Garness was able to pull away and eventually crossed the line 6.618 seconds clear, taking a huge 84-point lead in the standings.

Behind him, the Stephenson vs McCabe duel raged on. The two were glued together until the penultimate lap as the number 23 was then able to just pull away, with McCabe forced to settle for third but both having an incredibly impressive Sunday.

It was a close trio fighting for fourth too, with Sullivan Mounsey (Wilson Racing/J&S Racing) vs Carter Brown (MLav VisionTrack Academy) vs Harrison Dessoy (Microlise Cresswell Racing/Eastern Garage Racing). Mounsey crashed out, however, and Brown was able to pull into some clear air in fourth as Dessoy completed the top five.

That’s a wrap on Race 2 at the British GP, with 84 points now in Garness’ favour at the top as the paddock heads to Thurxton for a quick turnaround.

#BritishGP, silverstone
Get All Our Latest News Sent Direct To Your Inbox
Join 30,271 other subscribers.
Follow on Social Media
Get the VROOM Podcast