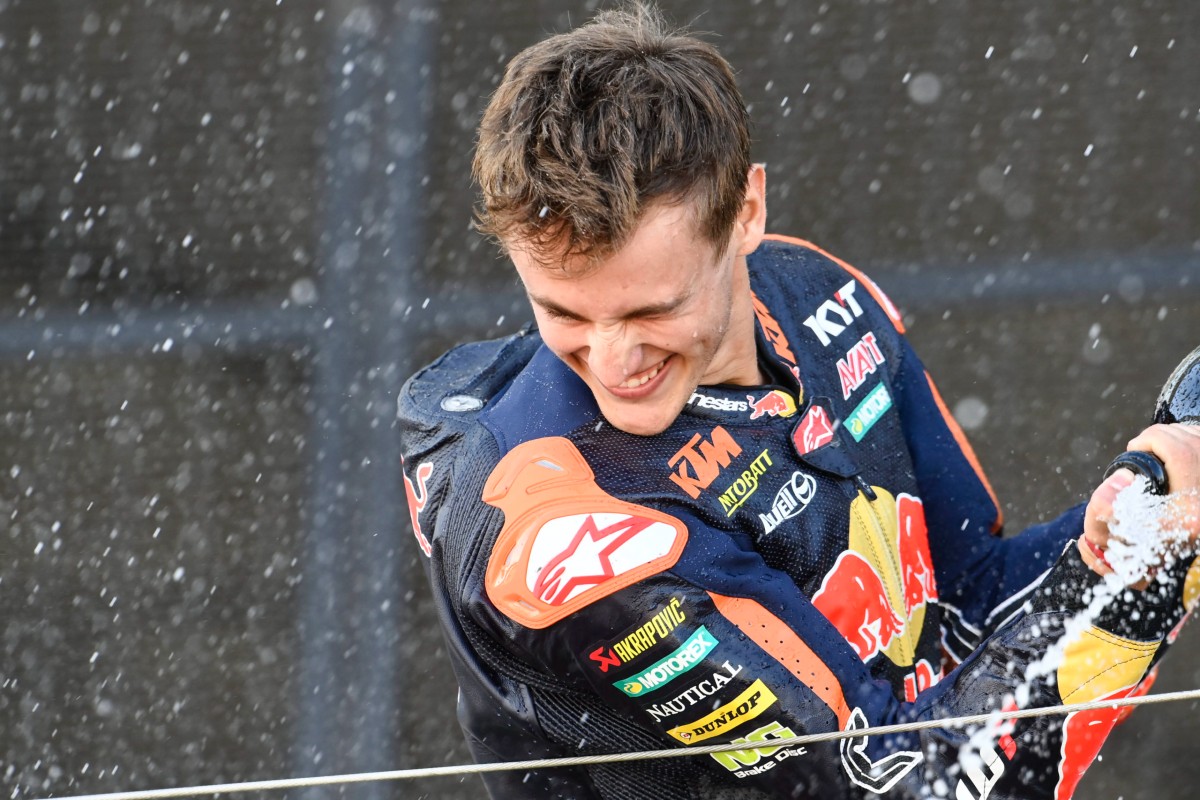 The Red Bull KTM Ajo Moto3 riders competed in the British GP this Sunday. Jaume Masia enjoyed a great performance that took him from 21st on the grid to second place, earning him a fifth podium of 2022. Dani Holgado pushed hard in a demanding race and also gained places but would retire on the penultimate lap due to a mechanical issue.

Masia started the race from the seventh row of the grid, but a speedy moved him into eighth after just five laps. His rise through the order took him into third place, and he battled for the podium until a mistake dropped him to ninth. Unfazed, the Red Bull KTM Ajo talent recovered, took the lead on the final lap, and tussled for the win before finishing second. With this result, Jaume Masia got his fifth podium of the season.

Dani Holgado held his position of twelfth off the line, and rode at a pace that matched that of the riders at the front of the field. He stuck with a group as he attempted to move up the order, and halfway through the race the Red Bull KTM Ajo rider entered the Top 10. Reaching as high as eighth place, he was eventually forced to retire on the penultimate lap due to a mechanical problem.

Masia is now fourth in the overall standings with 127 points, whilst Holgado is fourteenth with 48. The next round of the Moto3 World Championship will be the Austrian Grand Prix, held from August 18th-21st.

I’m very happy with how the race went. Starting from 21st is not easy, because we all want to move up the order. I worked hard to get motivated for the race, especially yesterday afternoon. Now we will move on and we will fight for a good result in Austria.

Today we had a pretty good race, returning to action after a month and a half away. I think I rode a very intelligent race and I was amongst the group. On the final laps I was pushing to improve my result, but we had a mechanical problem. It never feels good to finish a weekend like this, but this is racing and these things happen. I’ll take away the things that we learned this season, and we will go to the Austrian GP ready to improve.