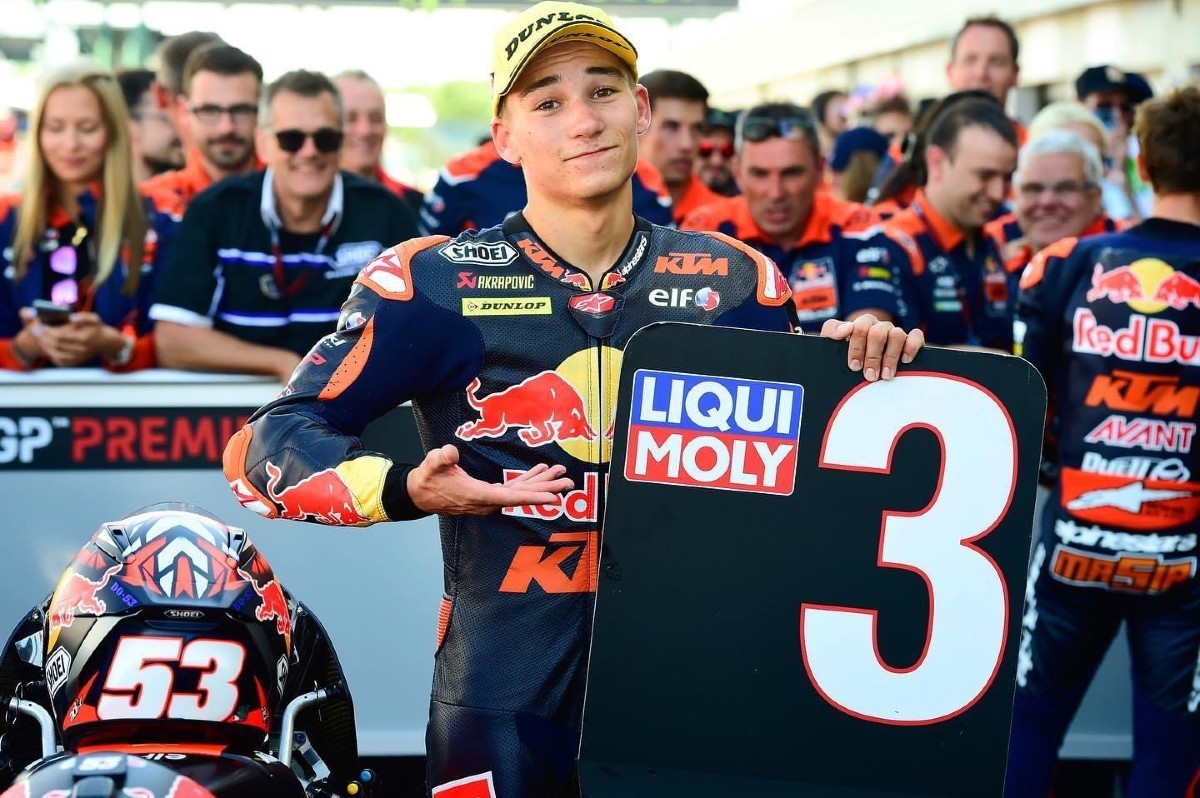 Racing truly came back on Sunday in Silverstone, Great Britain, after five weeks of break. The sun was out and the stage was set for a good day as Red Bull KTM Tech3’s Deniz Oncu was starting from the sixth position on the grid, while team mate Adrian Fernandez was in twentieth place with a long lap penalty to do.

In form with a solid pace all weekend long, Turkish Deniz Oncu topped the Moto3 warm up this morning with a best lap in 2’11.299. Still on the lookout for his first podium of the season, he took a rocket start to the British Grand Prix as he jumped from P6 to P1 and settled himself quickly amongst the leading group. Five weeks have gone, but the battles remain the same as Deniz continued to battle it out for the front with the likes of Suzuki, Foggia and Masia. Aggressive and with no fears like he has used us to, he overtook so many times in order to be leading the race with a solid pace with eleven laps to go, and even set a new fastest lap in 2’11.011 on lap 11. With five laps to go, he was disturbed by another rider which pushed him back to P5, but he never gave up and recovered quickly. Deniz Oncu was the third to pass the chequered flag and finally got his first Sunday Parc Fermé visit of 2022, a well deserved podium for the Turkish rider who sits fifth in the riders championship.

Adrian Fernandez was fast all weekend and had a good warm up session in the morning as he was the fourth fastest rider, but a long lap penalty obtained in Assen back in June made it difficult for him to stay with the front groups. Although he had a regular race pace, he stayed towards the last group most of the race. Eventually towards the final laps, he managed to gain some places to finish the British Grand Prix in P15, meaning that he still goes home with one point. Adrian will look forward to the next round, KTM’s home round, in Austria, from August 19-21.

I am really happy because I had not been on the podium since the race in Aragon last year. This season, I was so close so many times to the podium and it never happened so I am relieved that I can finally bring home a trophy. It is a good result, but there is a slight bittersweet feeling because I was fighting for the win. Anyway, this is a great way to come back from the holiday, and my team deserves it so we are all happy.

I started well the race, but I lost a lot of time with the long lap penalty I had to do, so the race was very difficult. It was difficult to catch up with the group ahead of me. It is what it is, I keep learning and gaining experience. Thank you to my team for their support, and we will look forward to Austria.