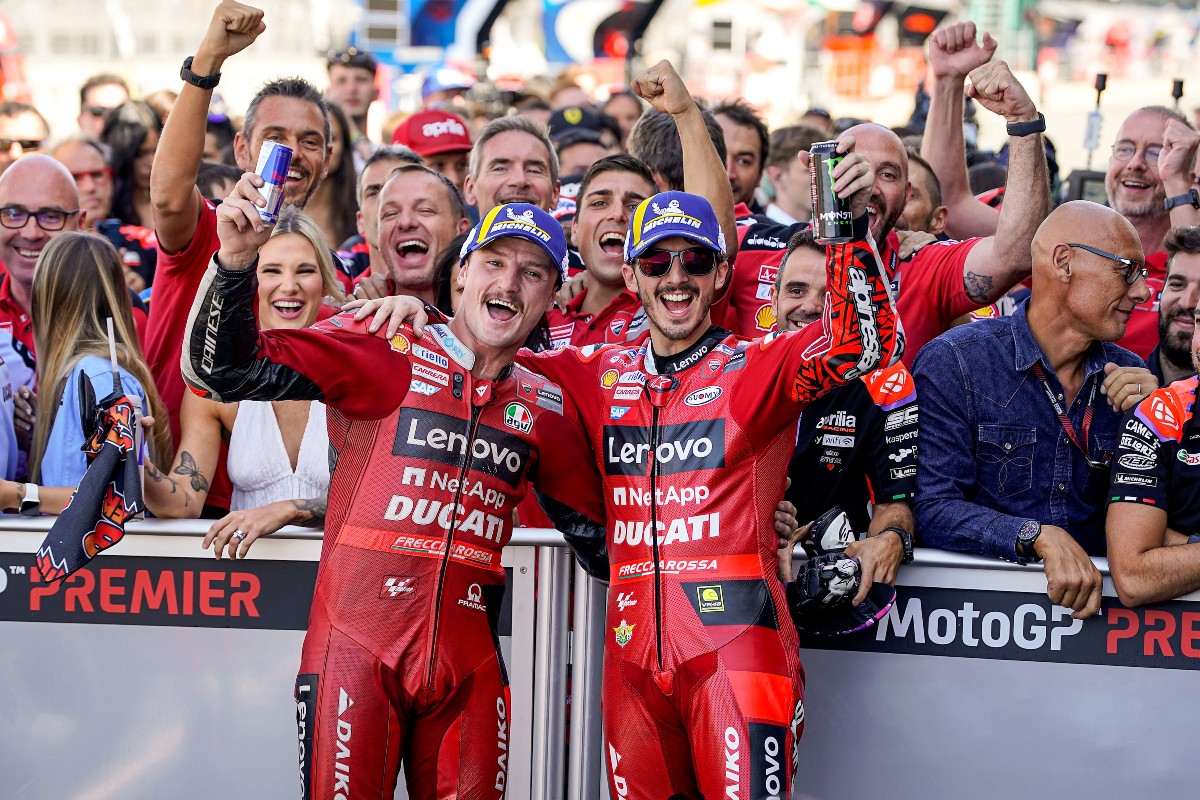 Ducati reached another important milestone at this afternoon’s British Grand Prix, held at the historic Silverstone circuit: thanks to Pecco Bagnaia’s victory, his fourth this season, the Borgo Panigale manufacturer achieved its 200th podium finish in MotoGP.

Starting with the fifth fastest time, Pecco rode an impeccable race, building his comeback lap after lap without letting the front run away. Third, after Quartararo’s long lap, Pecco passed first team mate Jack Miller and then Alex Rins, taking the lead towards the middle of the race and staying there until the end. With his eighth MotoGP win today, Pecco moves up to third place in the overall standings, 49 points behind leader Quartararo, and becomes the third Ducati rider to have won more races in MotoGP with the Desmosedici GP.

To make the day even more special for the Ducati Lenovo Team, Jack Miller took the third step of the podium after an excellent performance that saw him fight for the top spot in the early stages of the race. After today’s Grand Prix, the Australian rider also regained a position in the Championship, which now sees him sixth with 107 points.
Ducati consolidates its lead in the Constructors’ standings with a 91-point advantage over Yamaha. At the same time, the Ducati Lenovo Team is now second in the Teams’ standings, just two points behind the leader.

I didn’t expect to win today. Until yesterday I would have been happy with a top-five result. We decided to race with a medium-front tyre because we weren’t sure if the soft could hold up to the end, and at first, I wasn’t happy with that decision. In the race, though, it turned out to be the right choice because, in the end, it allowed me to be fast still even though the rear tyre was worn. I want to thank my team because I was struggling a lot, and thanks to their support, I was able to win this, which is one of the best of my career.

After a five-week stop, it’s nice to be back on the podium immediately. In the second half of the race, I started to suffer a bit with the front tyre, which meant that the rear tyre started to wear out quickly. In any case, I am happy with this result, the bike is working well, and we have taken big steps forward since the Barcelona test. Now I want to continue working in this direction to get stronger and stronger. We are sixth in the Championship, but third place is not far away.