Incredible first podium for Lopez – 2nd in the #BritishGP, 15th for Aldeguer 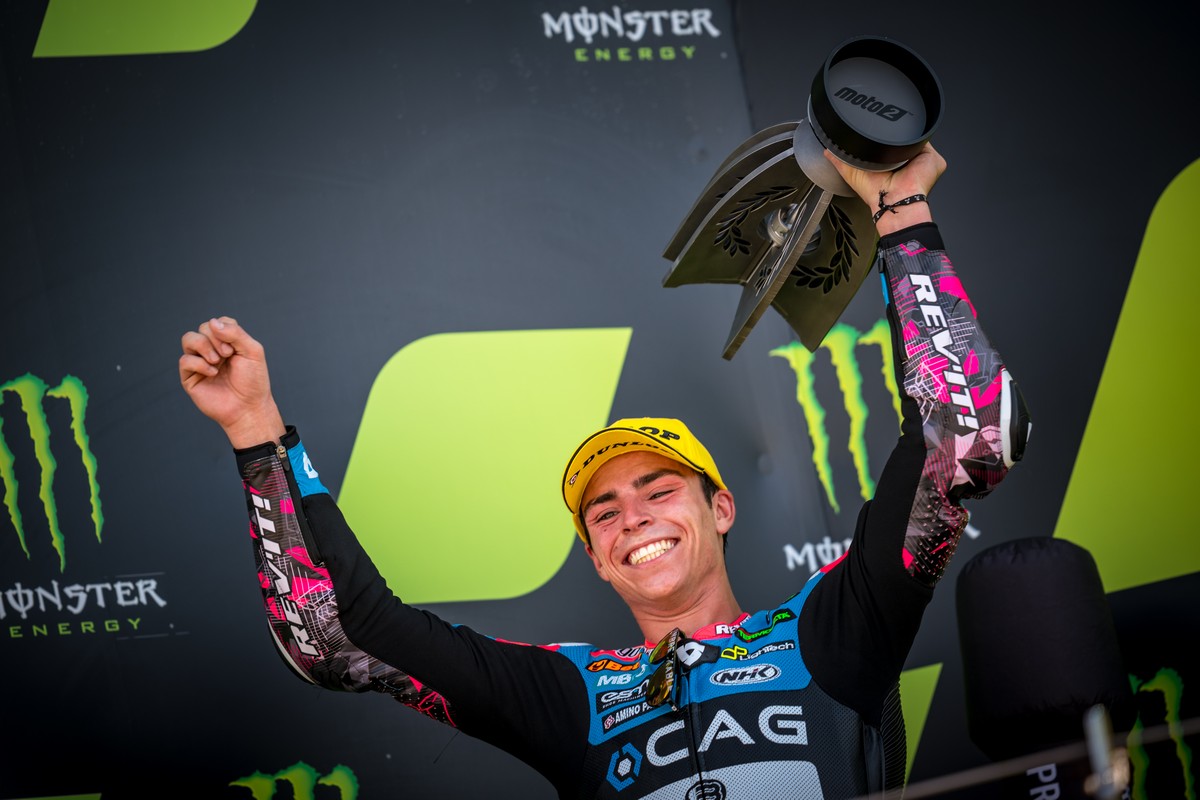 At the Silverstone circuit Alonso López left everyone speechless with an incredible second place in the British GP on the Boscoscuro bike, while Aldeguer reached the points zone with the fifteenth position.

The undisputed star of the intermediate class was undoubtedly the number 21 of the CAG SpeedUp team who yesterday confirmed his constant growth with an impeccable performance making space among the big ones.

Starting from eighth position on the grid, Alonso in a few corners reached the first positions behind Ogura, who then overtook at the end of the first lap thus taking the lead. From then on López excelled with a great pace keeping at bay the very skilled Fernandez, Ogura, Canet, Dixon. In the final laps, the most incisive of the race, Alonso was able to manage the pressure of the world leader, up to a few corners from the end, finishing in second position, taking his first podium in the Moto2 class.

On the other side of the garage, a more complicated return from the summer break for Aldeguer and his team who faced the English weekend with some difficulties. The number 54, who started from the twentieth position, started well and recovered four positions. The sensations that Fermín had did not allow him to advance so the young rider was good at keeping pace without being overtaken until he crossed the finish line in the points area, finishing fifteenth in the British GP.

I am really delighted to have finally reached the first podium in Moto2. As soon as I got to the grid I told Eros, my technical boss, that I felt that the grip was good especially at the rear, and so I knew I could have a good race! I learned a lot and gave everything I had while having fun like a kid. Thank you very much to all the sponsors, the team for their work and all the people who support me from home!

Today we did not have the speed to advance and recover more positions, but in any case, I think we need to reset, start working as we know how to do and regain the confidence and stability of before to be able to face the next races concentrated and determined more than ever. It will be important to take advantage of every moment available with the team to get ready for the race.