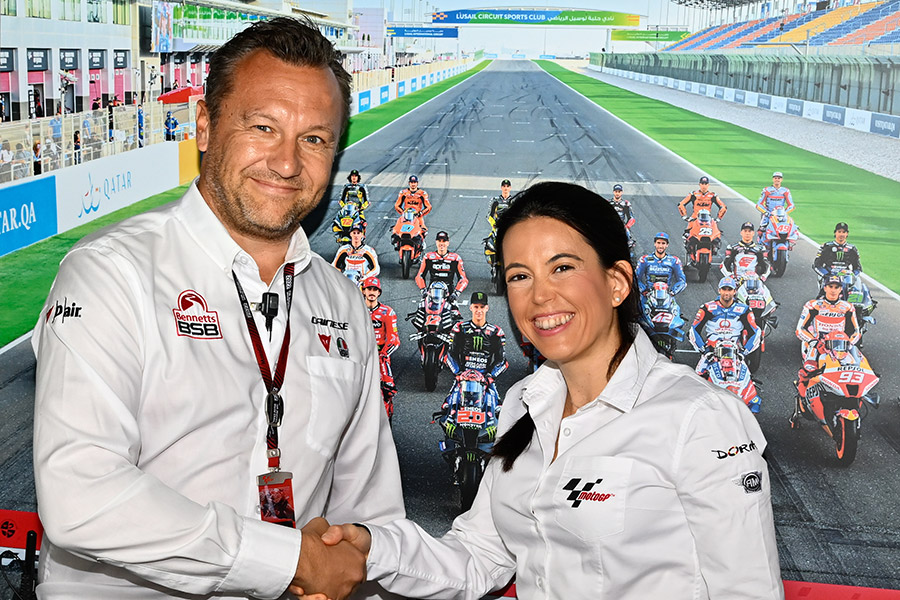 Dorna Sports and MotorSport Vision Racing (MSVR) have announced a new agreement confirming the future of the Honda British Talent Cup from 2023 to 2025.

The BTC began in 2018 as a new path on the Road to MotoGP™, racing in identical liveries, before the first agreement between Dorna and MSVR saw the Cup expand to a ten-round Championship for riders and teams from 2020 to 2022. The BTC has since been the sole British Moto3™ Championship class, racing alongside nine rounds of the Bennetts British Superbike Championship (BSB) and enjoying a season highlight alongside MotoGP™ at the British Grand Prix.

This new agreement between Dorna and MSVR confirms the BTC will continue in its current format until at least 2025, securing the future of one of the most vital programmes on the Road to MotoGP™.

The series remains restricted to riders between 12 and 17 years of age, with teams and riders open to enter in a traditional manner. The technical regulations mirror the highly successful Dorna-promoted European Talent Cup, which specifies the exclusive use of Honda NSF 250 R motorcycles.

As the sole British Moto3™ Championship class, the BTC has gone from strength to strength since the collaboration between Dorna and MSVR began. The visibility and coverage offered by racing alongside BSB, together with the international profile and opportunities provided by Dorna, gives young riders an unbeatable opportunity on the Road to MotoGP™.

Each year there is the prospect of promotion for the rider deemed to have shown the most progress, pace and promise across the BTC season. Initially that was a place on the JuniorGP™ grid, but that changed in 2021 and the championship into which the selected rider is promoted now depends on the level and potential of the chosen rider.

Dorna and MSVR study the BTC riders throughout each season in order to provide the opportunity that is the best fit for the chosen rider to keep progressing and learning on the Road to MotoGP™. The promotion options for the selected BTC rider are therefore now a place in the Hawkers European Talent Cup, Red Bull MotoGP Rookies Cup or the Finetwork FIM JuniorGP™ World Championship.

In 2021, the selected BTC rider was Champion Casey O’Gorman, who was promoted into the Red Bull MotoGP Rookies Cup.

Stuart Higgs, MSVR BSB Series Director:
“We are delighted to extend our cooperation with Dorna on this most important category. We have absolutely shared objectives to provide the best possible conditions for riders as they race on the Road to MotoGP. The BTC is a highlight of our BSB race weekends, as well the season highlight racing at the British Grand Prix.”

Ana Ezpeleta, Director of Talent Promotion at Dorna Sports:
“We’re very happy to sign and announce this new agreement with MSVR, confirming the future of the Honda British Talent Cup. Having Scott Ogden, one of our first Champions, now racing and impressing in Moto3 shows the strength and success of the BTC – both of which have only grown since our collaboration with MSVR began. As the sole British Moto3 class, the competition offers an even better proving ground for young riders racing in the UK and after three successful seasons of collaboration between Dorna and MSVR, we’re very much looking forward to seeing what the next three can bring.”

Get All Our Latest News Sent Direct To Your Inbox
Join 30,271 other subscribers.
Follow on Social Media
Get the VROOM Podcast
Download our Vroom.GP App