Garness can’t be stopped, Brown takes the fight for the Cup down to Snetterton 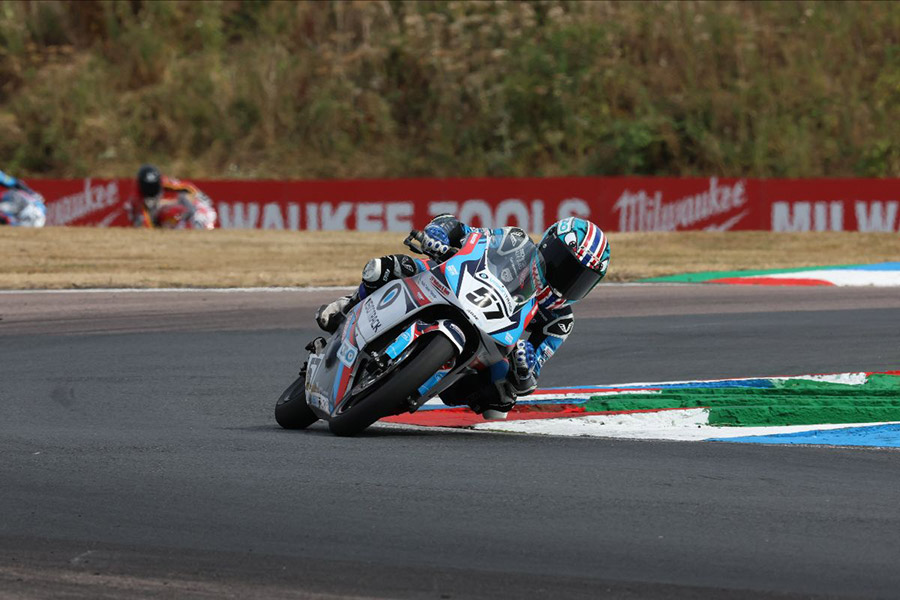 Johnny Garness (MLav VisionTrack Academy) had some company at the front near the start of Race 1 at Thruxton at the weekend, but the hammer was down even earlier on Sunday as the number 57 pulled away to take win number 10 of the year. Behind, teammate Carter Brown managed to move through to second after fighting in a bigger group for the final spots on the podium, and with the race Red Flagged just short of full distance the number 74 takes a valuable 20 points. Evan Belford (City Lifting by RS Racing) took third place to get back on the rostrum.

Off the line, Rhys Stephenson (Rocket Racing) got a good launch from pole and immediately moved over to cover Garness, but the number 57 was able to quickly dispatch him and move into the lead. From there he didn’t look back, taking win number 10 with seeming ease and impressing once more.

Behind, Stephenson vs Brown vs Belford was initially the fight for second, but bit by bit the four-way fight behind was able to arrive on the scene. Brown was back through on Belford and then held off Stephenson, and when the Red Flag came out on Lap 13 of 14 for a crash for Matthew Ruisbroek (Microlise Cresswell Racing), it was enough for the number 74 to take second. Belford takes third, with Stephenson relegated off the podium for the first time since before the British Grand Prix. Ruisbroek subsequently walked away from the crash.

Harrison Crosby (Banks Racing) and Amanuel Brinton (Mortimer Racing /Victoria House Racing Academy) were next up in the close fight for the top five and more, with Lucas Brown (SP125/Amphibian Scaffolding) losing a little distance in avoiding action and taking seventh.

Clayton Edmunds (MJL Racing) held off Harrison Mackay (Wilson Racing/Super Soco) in P8 and P9, respectively, with Ollie Walker (SP125) completing the top ten at the head of the next group.

And so it rolls on to Snetterton. Garness needed to leave 100 points or more clear, and it’s now 94 so it’s a hard bet against the number 57 getting it done next time out. Can Brown pull something out the bag? We’ll find out from the 9th to the 11th of September.

thruxton
Get All Our Latest News Sent Direct To Your Inbox
Join 30,271 other subscribers.
Follow on Social Media
Get the VROOM Podcast