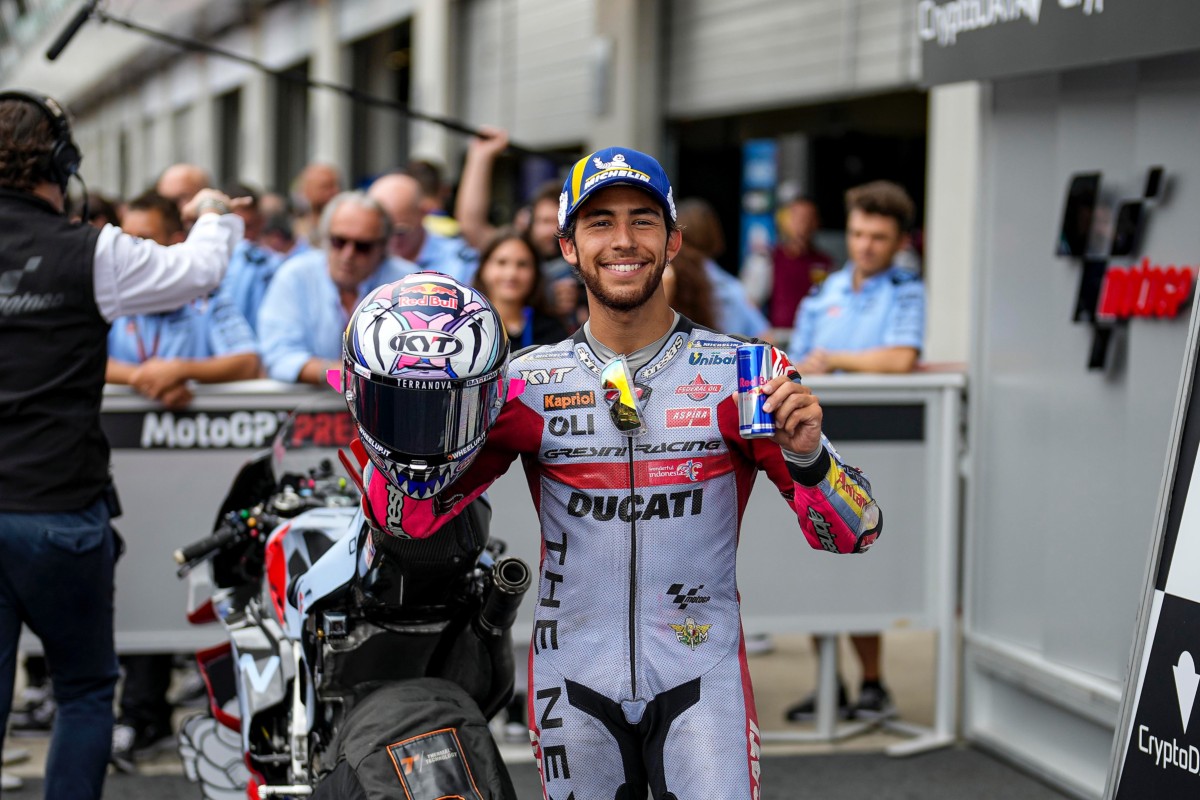 1525 days later, Enea Bastianini is back on top on a Saturday, albeit this time in the MotoGP class. In other words, he took his first-ever pole position in the premier class after putting together a near perfect lap – which was good enough to edge the factory Ducati duo of Pecco Bagnaia and Jack Miller.

The new outright record lap of the track (1’28.772) will allow ‘Bestia’ to line up at the very front of the grid, with the explicit goal to score his fourth race win of the season. With today’s result, Bastianini’s pole position tally reaches number 10 (seven of which under the Team Gresini banner).

It was a very positive day also for Fabio Di Giannantonio, who made it into Q2 at the very last moment (and tackled his fifth Qualifying 2 session of the season) before securing a more than respectable top ten result on a track he seems to enjoy a bit more aboard Ducati machinery – as opposed to when he raced in the lower classes.

It surely was an incredible day. I did a great lap, not a perfect one, but it was enough for pole position. I had missed this feeling for a few years and it’s great to be back in this situation. I’m beginning to perform at my best also on Saturday, even though I’m still more of a race animal. We’re working the same way we did at the beginning of the year; the atmosphere in the team is great and that surely helps. We will start ahead of everyone else tomorrow and we will aim at the top.

It wasn’t easy, because we encountered a lot of traffic in Q1, but in the end we made it through with also a bit of luck. We needed it, and to be starting in the top ten tomorrow is surely a confidence boost. We’re working well and we improved compared to yesterday so I don’t see the reason why we cannot continue this way and make another step tomorrow, too.

#AustrianGP
Get All Our Latest News Sent Direct To Your Inbox
Join 25,265 other subscribers.
Follow on Social Media
Get the VROOM Podcast