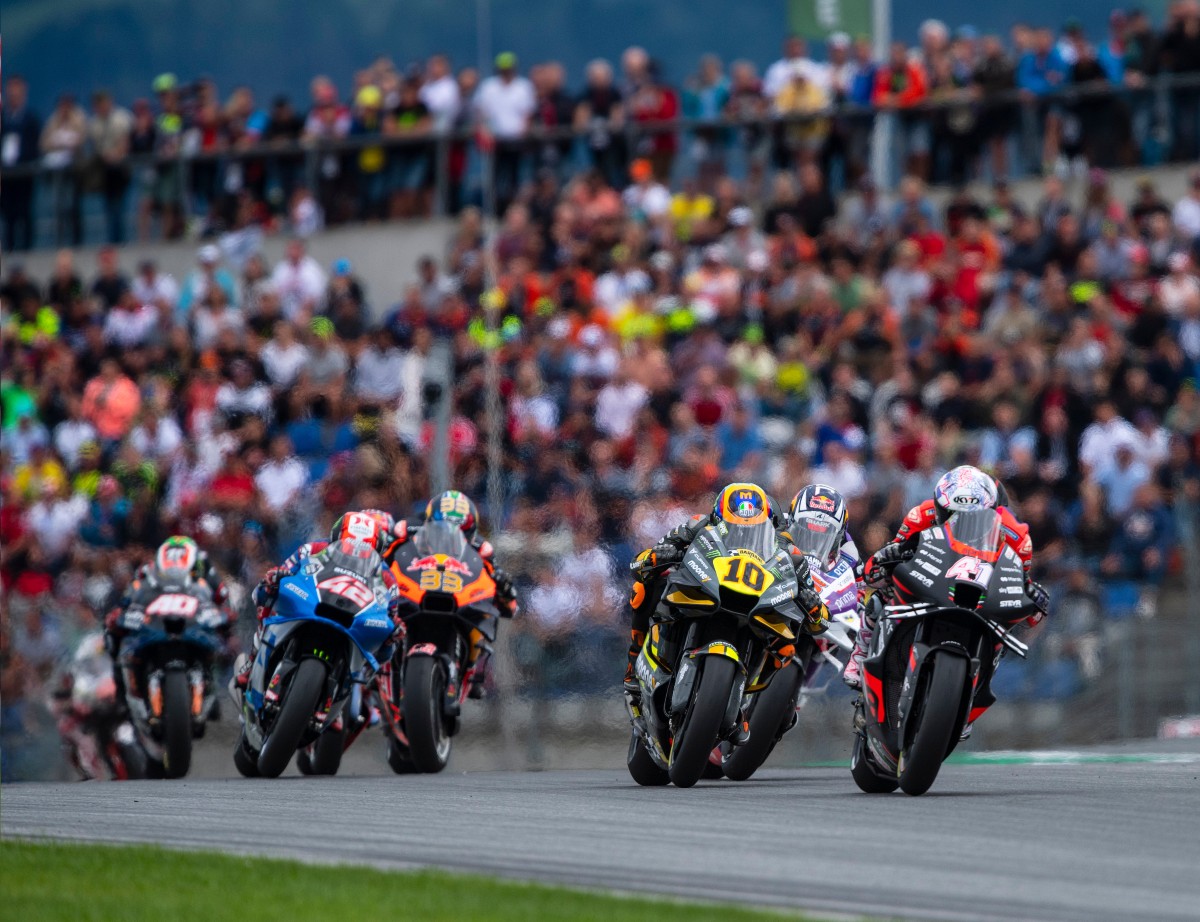 On what is probably the most peculiar track of the entire 2022 calendar, the Red Bull Ring, characterised by hard braking sections and acceleration from low speeds, Aleix Espargaró finished the Austrian GP in sixth place astride his Aprilia RS-GP. Starting from the third row with the ninth best time in qualifying, he didn’t have the best of starts due to a malfunction with the front locking system. In any case, Aleix moved up into fifth position, maintaining a good pace – the only rider to go below 1’30” four times – and closely following title rival Fabio Quartararo for more than half the race, after which he had to battle hard to defend sixth place due to rear tyre wear. This earns important championship points for Aleix in the overall standings, where he is in second place.

After his good qualifiers and the good pace demonstrated in practice, Maverick Viñales, on the other hand, did not achieve the results he had hoped for in the race. The Spanish rider struggled with rear tyre wear after an aggressive start, but he still gathered information that will be useful for the rest of the championship season.

Test rider Lorenzo Savadori, racing with a special livery that celebrates the 30 year anniversary of Aprilia’s first title in World Championship GP Motorcycle Racing, achieved in 1992, finished the race in 19th place, hindered by physical problems with the shoulder he injured in training. In any case, Lorenzo gathered important data on a tough track to continue the constant development work being carried out on the Aprilia RS-GP.

Despite the fact that the result might lead to think otherwise, I am very happy with my performance. We knew we’d have difficulties on some tracks but in a long championship like this one, we can’t lose our heads. It is important to always achieve the best possible result and, to be honest, we couldn’t have done any better today. Our package struggles on the stop-and-go sections. Fortunately, this is a track with unique characteristics, so there will be more Sundays where we’ll be able to get back to our true level.

In the early laps I had fun and was making up positions, but unfortunately the rear tyre dropped significantly. We made the wrong choice and paid the price for it, but at the same time, we learned a lot. I managed to improve my braking throughout the weekend. These are positive aspects that we’ll take with us to the upcoming races. We had grown accustomed to doing well over recent weekends, but it’s also true that sometimes you have to struggle!

At the start, I got off the line extremely well, making up five positions, and that’s a positive thing, also because we’re trying out some upgrades for the start. Unfortunately, however, I began to struggle with my injured shoulder from the beginning and I had to slow down. It’s a pity because without that physical problem, we could have battled for points. In any case, finishing the race was important in order to complete all the work on the schedule and, from this point of view, we are satisfied because we gathered a lot of useful data to continue improving the RS-GP. It was fantastic to ride in the race with the spectacular celebratory livery for Aprilia’s thirtieth world-title anniversary.

#AustrianGP
Get All Our Latest News Sent Direct To Your Inbox
Join 25,261 other subscribers.
Follow on Social Media
Get the VROOM Podcast