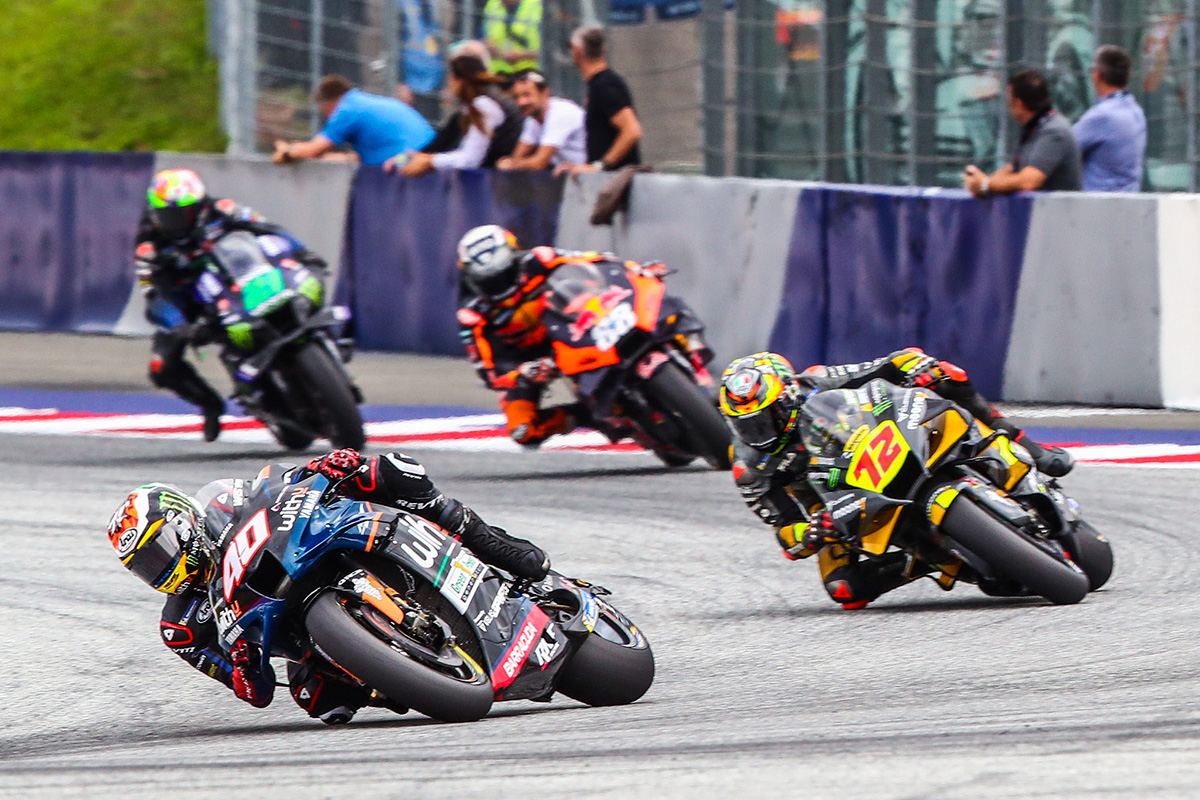 With the rain just holding back on race day at the Red Bull Ring in Spielberg, Austria, the WithU Yamaha RNF MotoGP Team duo delivered a decent performance. Yet, it was only Andrea Dovizioso who saw the flag.

Launching off from P19, the Italian came back in 21st after the first lap and went even further back when he did a mistake on lap five. But from there, he started to recover and find his rhythm while improving his lap times throughout the race. At half distance he was in 17th and made up two more positions towards the end of the race to eventually earn a World Championship point with P15.

On the other side of the WithU Yamaha RNF MotoGP garage, Darryn Binder had a strong start shooting up from P21 on the grid to P13 and was even in 12th at the initial stages of the race. He showed an incredible fighting spirit to stick within his group, although he had to let a few contenders pass. Just shortly before halftime of the race, he unfortunately went down and ended early on what could have been a fantastic race.

“As always, at the beginning of the race, I’m not able to gain position and always losing positions. On the start it was good but in the corners, when you are that behind it’s a gamble and I lose a lot of positions. After 5 laps, I went out of the track in turn 1 and lost even more so my race changed, and I had to start to recover. My pace in the middle of the race was exactly the same as during practise. But, when you are that behind, it’s hard to gain anything. In the end, we took one point and this is a positive.”

“So, Austria weekend is done and dusted but it was a bittersweet ending to what could have been a good weekend. Unfortunately, I crashed out just before halfway of the race. I had an amazing start and I really felt like I had quite a good pace. I was running amongst the points and feeling good. Unfortunately, in the place that i least expected it, I lost the front in corner 9 in lap 13. I’m really disappointed to end the weekend like this as it has been such a good weekend and I was getting stronger in each session, I felt really good in the race today and it’s a pity to end like this. Anyway, we take the positive and move on to Misano and try again.”