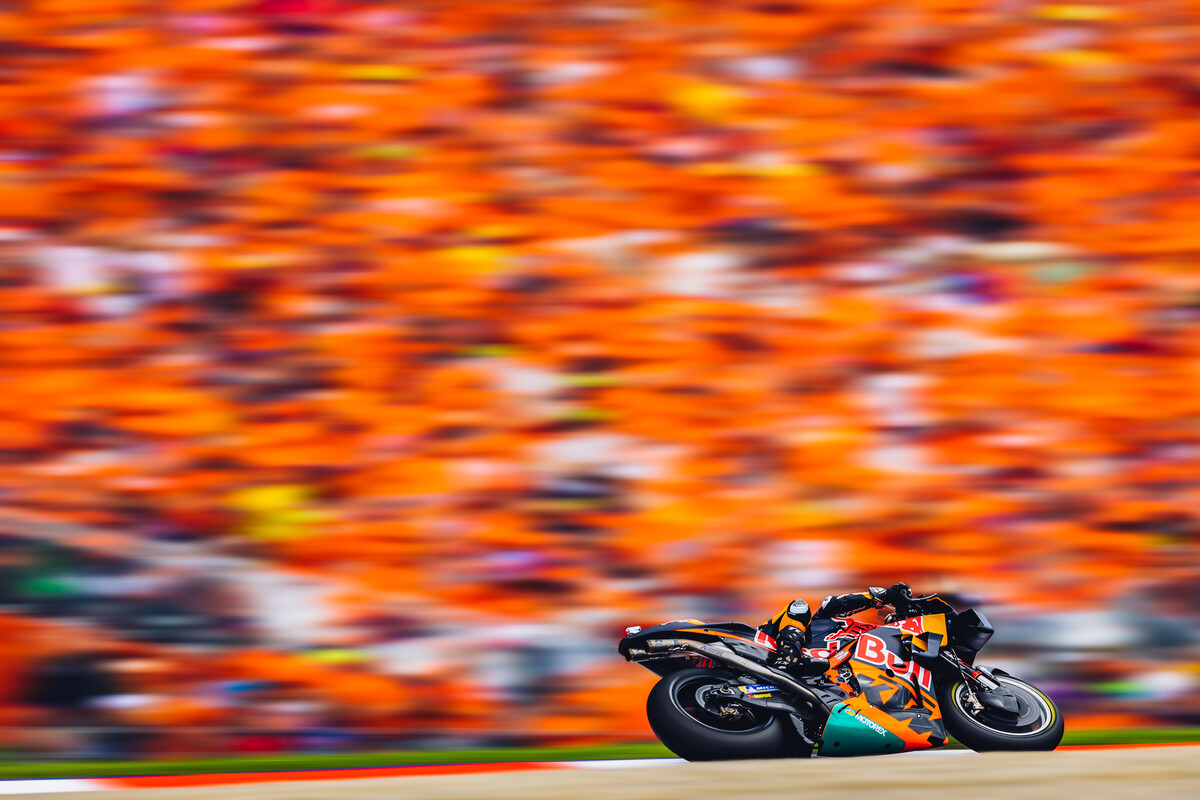 Grand Prix #101 for KTM took place on Austrian asphalt as the Red Bull Ring echoed to MotoGP for the eighth time since 2016 and landed on the spectacular motorsport site for the thirteenth round of the season. After practice and qualification in cloudy but mainly dry conditions, the 28-lap race on Sunday afternoon occurred in a similar climate.

Brad Binder had entered Q2 directly with his KTM RC16 machine and started the race from the fourth row (in 12th spot). The resolute South African, who memorably won the second GP event at the venue in 2021 in a dry/wet track state, charged to the edge of the top ten and then kept pursuing his rivals; harnessing the benefits of his hard tire choice in the later phases. He enjoyed a close spar with Aleix Espargaro for 6th and only lost out by three tenths of a second at the flag.

Another former KTM winner at the Red Bull Ring, Miguel Oliveira, launched from 17th and had a busy race targeting the top ten. The Portuguese almost made it. He finished 12th but was just over a second from 9th.

Tech3 KTM Factory Racing Team pairing Remy Gardner and Raul Fernandez were able to feel the off-cambers and rapid curves of the circuit for the first time in the premier class and Fernandez crossed the finish line in 18th while the reigning Moto2 world champion rode to 20th after a small race crash.

Red Bull KTM Factory Racing are 5th in the Teams championship standings while Binder is 7th in the world with Oliveira in 10th. MotoGP continues to the east coast of Italy in a fortnight and to the Misano World Circuit – Marco Simoncelli in San Marino for the Gran Premio Gryfyn di San Marino e della Riviera di Rimini; the first of just two more European events before the series moves across the continents once more.

Brad Binder:
“I didn’t get a great start from 12th and the inside. I kept my head down and charged as hard as I could from the beginning until the end. I was really happy with everything was working and the bike was great but we were just missing a bit of competitiveness today. I had some front vibration in the last five laps and it almost ruined my race because I was afraid that something was going to happen so at the end of the day I’m grateful to make it home. We’ll keep working.”

Miguel Oliveira:
“A difficult race and I gave my best to try and recover some positions but had some issues with the rear tire which made it tough to change the style, get close to some of the other guys and then overtake. We did all we could but the weekend was super-nice and it is always cool to come here to the Red Bull Ring and ride in front of the KTM fans. We got some points but we’re not that satisfied with the result and we’ll go to Misano chasing some more.”