Canet and Navarro complete #AustrianGP in 6th and 11th 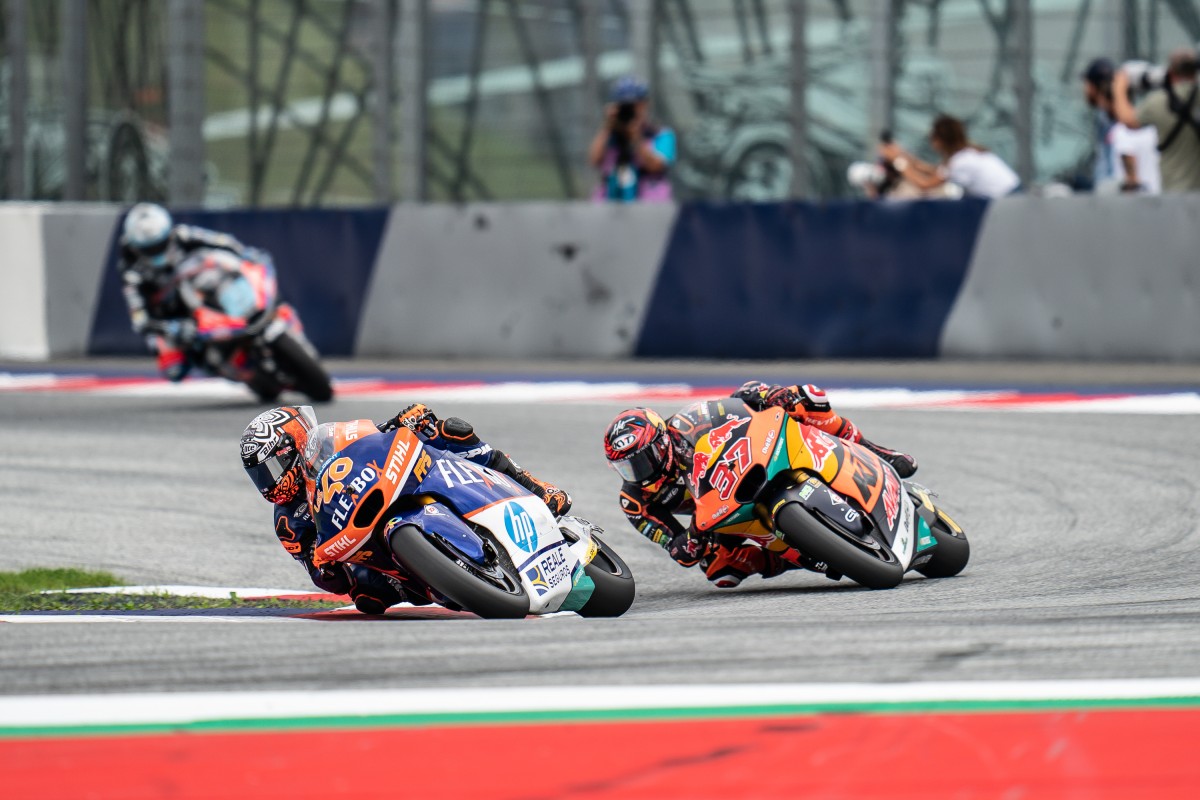 Positive Sunday for Sito Pons’ team after a difficult qualifying session for both Canet and Navarro at the Red Bull Ring.

Canet started the race from thirteenth position, but already in the morning warm up he showed an improvement compared to yesterday, finishing third. After a good start, Canet moved up to the front group, fighting for the third step of the podium, when with a few laps to go the rear tyre dropped its performance and he lost some positions, crossing the finish line in a good sixth position.

His team-mate Jorge Navarro also had a good start, starting from seventeenth position. He climbed up the order to be in the second group of the race, fighting for eighth place. Finally, Navarro finished eleventh and with this result he closed a complicated weekend.

It was a hard fought race today. We made a good start and moved up positions, but in the end the rear tyre performance dropped and we couldn’t finish the fight for the podium. It’s a pity, but despite this I think we have saved a very difficult weekend and we have shown that we are competitive despite the difficulties.

I had a good start today and managed to move up a few positions. Then I set my pace but in the first two sectors I had some problems but I made up for it in the other two sectors. We finished eleventh which I think was the maximum we could have done today and now it’s time to think about Misano, where we’ll try to give our best as always.