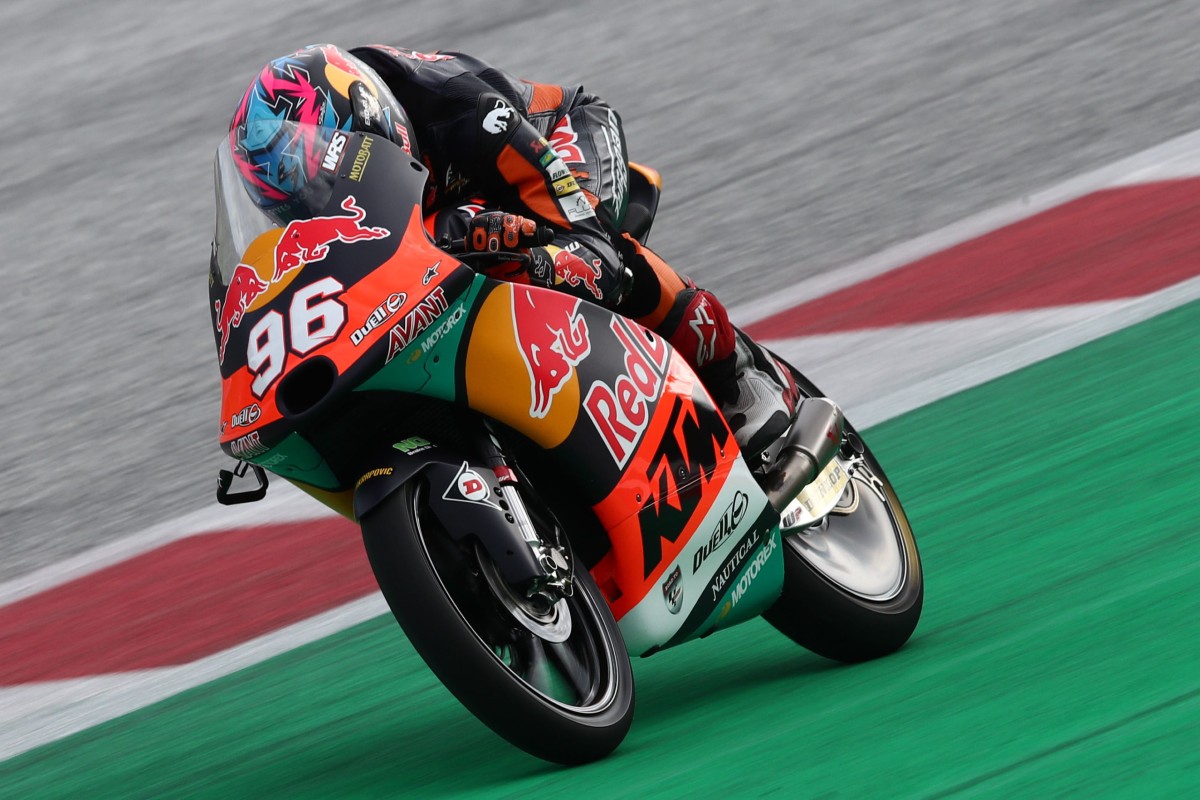 Red Bull KTM Ajo riders Jaume Masia and Dani Holgado took part in the Austrian Grand Prix race on Sunday. In the Moto3 contest, Holgado fought for the podium, eventually finishing a tough race in eighth. Masia climbed positions to reach the leading group, but a crash dropped him down to eighteenth at the chequered flag.

Holgado started the race from pole position for the first time in his career. The Red Bull KTM Ajo Moto3 rider went down to fourth on the opening laps, but quickly returned to the Top 3. The high pace of the race forced him to push hard until the end to try and avoid a breakaway by the leading group and, after constant changes of positions, he crossed the finish line in eighth.

Masia took off from the fourth row of the grid and, although he lost places off the start, he set a high pace and clocked the fastest lap at the beginning of the race. He would make a steady climb to reach the front group, but with six laps to go he crashed at Turn 3. After re-joining the race he made his way back up to 18th.

Masia is fifth in the overall standings with 127 points. Holgado is 13th with 56. The next round of the season will be the San Marino Grand Prix, at Misano, from September 1st-4th.

I had a very good weekend: I got pole position and we were fast. The race was not what I had expected, although I had the pace to be fighting at the front. There are races that don’t work out, but I know we had the speed to fight for the victory. We’ll try to get it at Misano. Now we will recharge our batteries and come back in the best condition possible.

It was a tough race. There were several points on the circuit where I was struggling and physically I wasn’t feeling good at all. I have to thank the team for all the work they did over the weekend. Now it’s time to recover and come back stronger at the next race.