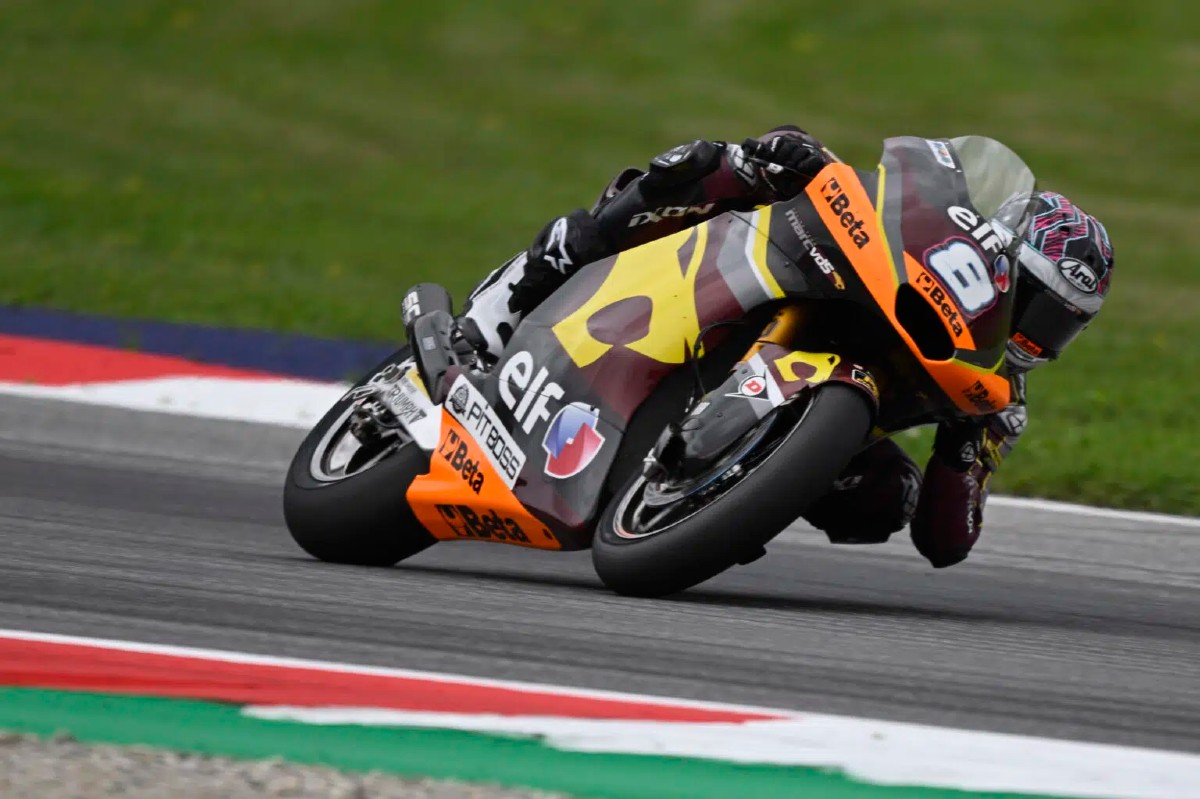 Senna Agius posted a commendable performance on his debut in the Moto2 World Championship, as he came home 17th while Tony Arbolino failed to finish after an unfortunate collision.

The rain showers that were forecasted for lunchtime on Sunday stayed away for the 13th round of the Moto2 World Championship as riders raced under cloudy skies and in ambient temperatures of 20 degrees.

Sunday was a landmark day for Tony Arbolino, as the Italian made his 100th Grand Prix start. Unfortunately, he didn’t have the luck to mark the occasion with a good result.

Tony started the GP in determined fashion after qualifying 15th yesterday. He gained two places on the first lap to sit 13th.

The 22-year old then made steady progress, gaining four more positions for ninth. But a crash at turn three on the 18th lap from ninth after he hit the bike of Lorenzo Dalla Porta, who had a moment just ahead, ended his race.

The DNF means Tony drops one place in the World Championship, from fifth to sixth, with 108 points, 75 back of leader Ai Ogura.

It’s definitely not an amazing period for us. Of course, we’re trying to get out of this bad run. Today I was able to brake hard and I felt really good in the race, honestly. I think I could have been on the podium today with my pace. We need to keep going and keep believing we can do it. I felt better than Silverstone. We’ve made a step forward. We need to keep going like that and get back on the podium soon. We know we can do it. I believe in my crew and in myself so we’ll keep fighting.

After an impressive first weekend in the Elf Marc VDS team, Australian Senna Agius started well and recovered one place on the first lap, rising from his grid position of 21st to 20th.

Senna then gained three more places before he had to serve a Long Lap Penalty on lap 17 for exceeding track limits.

The 17-year old regained two places in the closing laps to come home an impressive 17th, 34.9s back of race winner Ai Ogura.

It was a really good race! At the beginning I made some mistakes that I could have maybe avoided. But it was my first race so it was bound to happen. For sure the level in the World Championship is higher and the way these guys go fast is a bit different to what I’m used to. But it’s the way they ride and they’re really fast. I’m learning to do what they’re doing. I felt I learnt a lot this weekend and my riding style has changed a lot from the beginning of the weekend to the end. I’m really happy I get another shot at Misano. I think we can work in the same way at Misano, pick up where we left off here and I can be in a better position there if we make constant progress. That will be our goal.