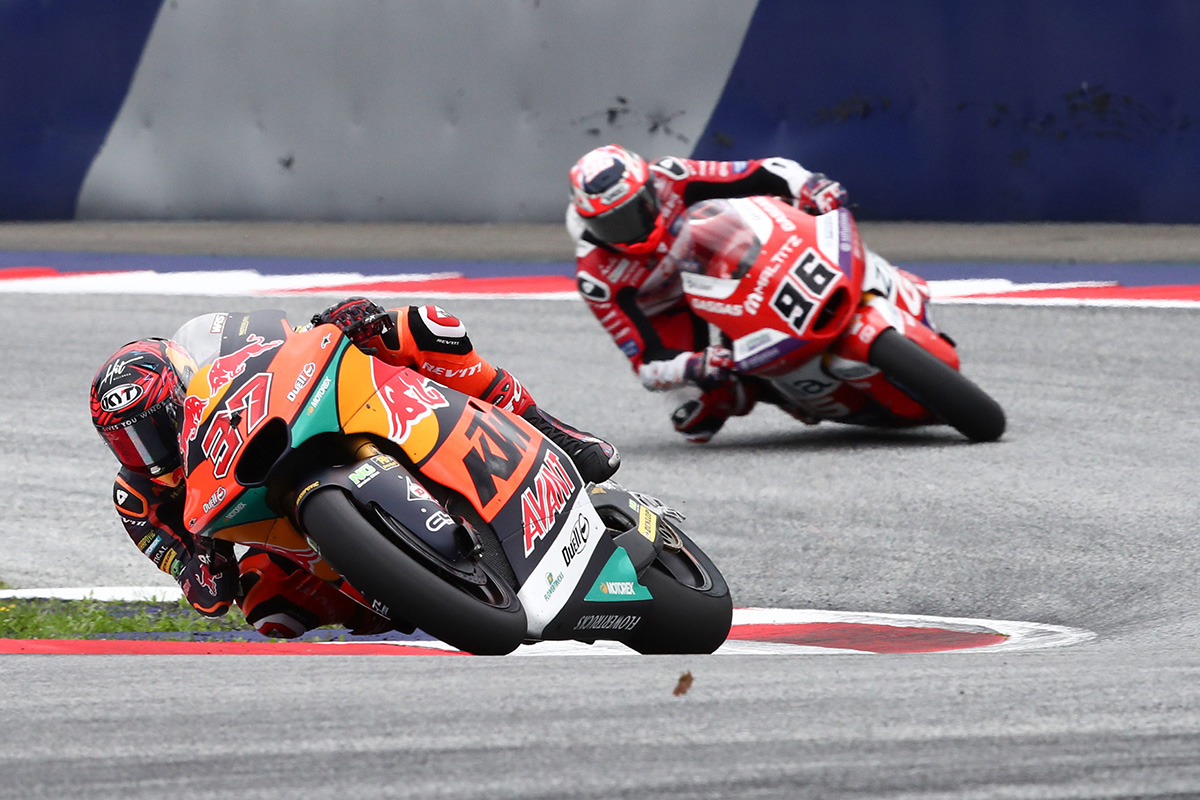 The Austrian Grand Prix saw the two Red Bull KTM Ajo Moto2 riders both place inside the Top 5 on raceday, as Pedro Acosta battled for a place on the rostrum and Augusto Fernandez came home in fifth.

Acosta was returning to action after injury this weekend, and started the race from sixth on the grid. He remained in the group, beginning to force his way through the field until he reached the podium positions. Maintaining a great pace and fighting until the last corner, he took the chequered flag in fourth.

Fernandez faced a demanding race at the Red Bull Ring. He was third on the grid, and remained in the podium positions on the first few laps before dropping a series of places. The Red Bull KTM Ajo rider was left in a tough group that gave little quarter, and he finished the race in fifth.

Fernandez is second in the overall standings with 182 points. Acosta is tenth with 88. The next round of the Moto2 World Championship will be the San Marino Grand Prix, held from September 1st-4th.

#37 AUGUSTO FERNANDEZ
“It was a tough race. Although I recovered some positions at the start, I fell back down the order. I knew we were going to struggle today, so we tried to do our best. We were in a difficult group for moving up positions, but we pushed to the limit. We have scored some important points for the championship and we tried not to make mistakes, so I am satisfied in that aspect.”

#51 PEDRO ACOSTA
“I’m very happy with the result. Today it didn’t matter if we finished on the podium or not, the important thing was to finish after so long without riding. We were able to be calm and manage the race well. We fought for the podium and the result was much better than we expected. We continue to gain confidence and for Misano we are sure to be stronger.”