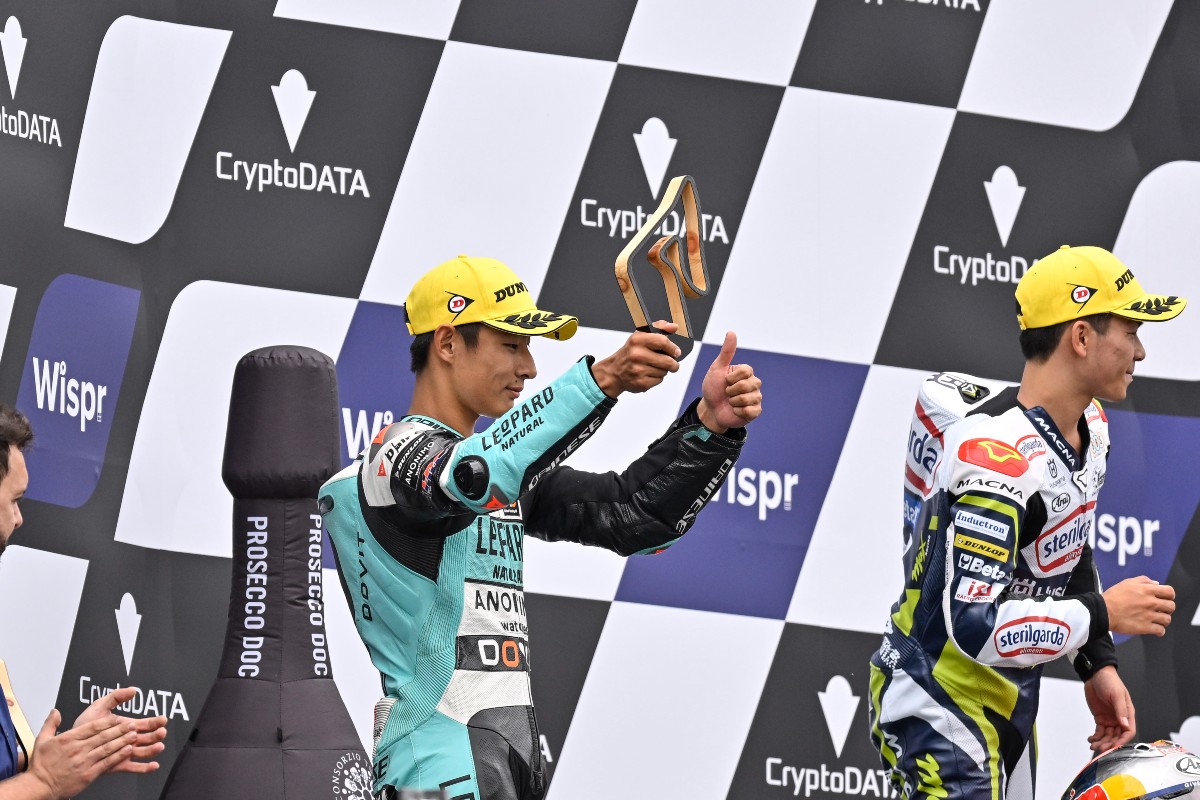 Tatsuki Suzuki has taken the 2nd spot of the podium at the Spielberg! A tremendous race by the Japanese.

Suzuki started from the 7th spot of the grid and team mate Foggia from the 5th. Both riders had done a great weekend and hopes were high.

Tatsuki did a good start and placed himself immediately at the front, occupying the first, or podium positions. At that time, Dennis was struggling a bit and had lost a few positions. When it was crunch time, Tatsuki didn’t give up, kept pushing as he did throughout the whole race, didn’t make mistakes, and finally crossed the line 2nd. He missed the victory spot by just 0.064! Today’s result confirms, once again, Tatsu’s progression since the beginning of the season.

On the other side of the box, Dennis Foggia has had some difficulties during the race and hasn’t been able to recover positions. He’s ended up 12th, grabbing some points for the standings.

After today’s result, Dennis Foggia is still 3rd on the general standings (144 points, 49 behind the leader) and Tatsuki Suzuki 7th (114 points).

I really wanted to win, I knew I could do it and we had the pace and the speed. I missed it by nothing but I’m happy for the podium, we’ll try again in Misano!

Today it’s been very difficult, we’ve had some difficulties. In any case, I’ve managed to get a few points and we’ll push again in Misano. We are never giving up!

#AustrianGP
Get All Our Latest News Sent Direct To Your Inbox
Join 30,253 other subscribers.
Follow on Social Media
Get the VROOM Podcast
Download our Vroom.GP App