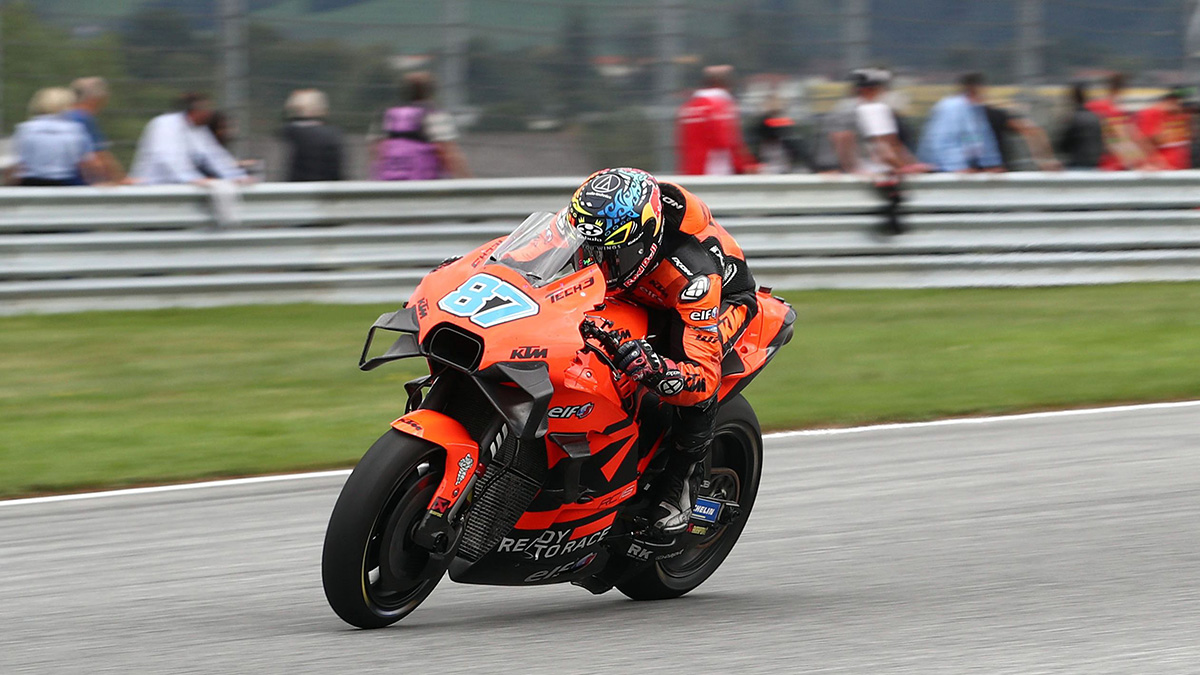 Tech3 KTM Factory Racing’s rookies Remy Gardner and Raul Fernandez faced a challenging Sunday at the CryptoDATA Motorrad Grand Prix von Österreich. The two KTM riders were starting from the twenty-second and twenty-third places on the grid, both eager to give it their all on our Austrian manufacturer’s playground.

After a Saturday spent on finding the right settings for this very demanding track, the work seemed to have paid off this morning after Raul Fernandez made a Top 15 entry in the warm up, with his best lap time in 1’30.994 placing him fourteenth. At 14:00 (GMT+2), lights went out as Raul immediately overtook his teammate to P22. Within a couple of laps, he seemed to feel comfortable with his race pace, with some really good laps. Together with the events from the race, he progressed slowly but surely, until passing the checkered flag in P18.

As the weather was quite uncertain this morning, Remy Gardner was rather cautious this morning in the warm up session as he focused on his race rhythm. When race time came around, he placed himself in P22 on the grid willing to take a good start and try to do some overtakes. After a few first intense laps, the rookie crashed while trying to push, but his fighter spirit put him back on the bike to rejoin the race. Although he was far and there was not much to do, he continued to give his all for the rest of the race. He finished the Austrian Grand Prix in P20, and has shown how much of a great sportsman he is with his never-give-up attitude.

Next, Tech3 KTM Factory Racing heads back to southern Europe to Misano in Italy for the next round, as both KTM riders will hope to score points.

“After this morning’s warm up, I had higher expectations for the race because I had a good rhythm. The position is not ideal, but I am happy because I gave my maximum, felt good, and enjoyed myself on the bike today. We had good settings, the tyres we chose were the good ones and I was able to get some good laps. We will continue working hard for the next race, but in the meantime, thank you to all the KTM fans who came to support us.”

“I am disappointed with the crash today because I felt that we have done something good here today. When I restarted, my times were not so bad but it was obviously a bit too late. It is not the weekend I would have wanted here in Austria, but we will keep working hard and keep positive.”