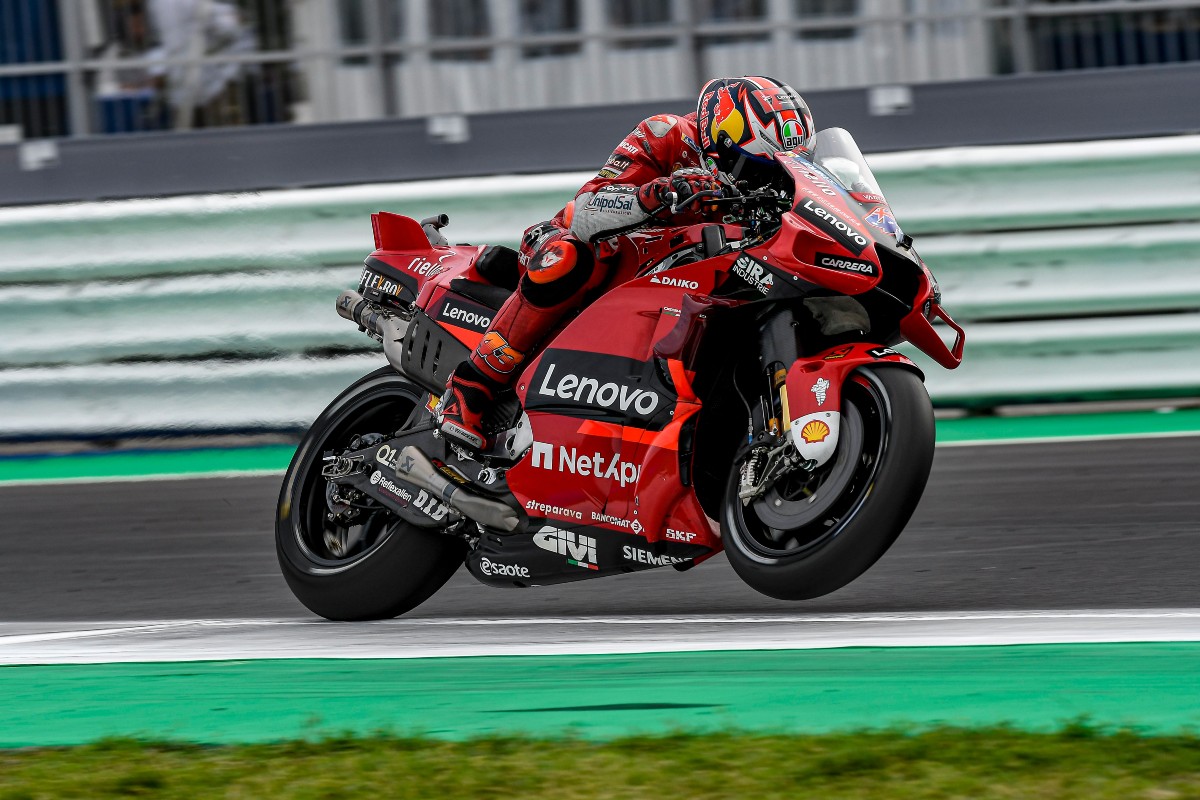 Jack Miller will start ahead of everyone in tomorrow afternoon’s San Marino GP at Misano World Circuit Marco Simoncelli. The Ducati Lenovo Team rider, who had already come close to the top spot in qualifying on several occasions this year, was finally able to take pole by setting the fastest lap in 1:31.899.

After ending FP3 as the quickest, Miller continued to be fast and competitive in Q2 despite the uncertain weather. With light rain starting to fall just before qualifying, the Australian rider went out first on ‘rain’ tyre, then came straight back into the garage to switch to the second bike in dry configuration. Lap after lap, Jack improved his pace on slick tyres, eventually securing pole position. For Miller, this is his second pole position in MotoGP, following the one he achieved in Argentina, in the wet, in 2018.

Pecco Bagnaia was just 15 thousandths off his teammate as he closed second after being extremely fast throughout the day. However, the Italian rider will be forced to start from fifth on the grid, on the second row, due to the penalty he received yesterday.

There were four Desmosedici GPs in the top positions in qualifying today. In fact, Enea Bastianini set the third fastest time with the Desmosedici GP of the Gresini Racing team, while Marco Bezzecchi (VR46 Racing Team) set the fourth fastest time after being the fastest in Q1. Still, the Italian rider will start from the front row too.

It’s a great feeling to be back on pole after such a long time! We’ve come close many times, and finally being able to do it is fantastic. The bike has improved from session to session, and I have also felt more and more comfortable, as shown by my pace, which has been good all weekend. We’ll start from the best position on the grid tomorrow, and we must take advantage of it. The only unknown factor remains the weather, but I feel I’m ready to race whatever the conditions.

It wasn’t an easy qualifying session: it was raining at the start of it, and I went out with rain tyres, but the asphalt wasn’t wet enough, so I went back in to change bike. I went out on slicks, but it started to rain harder. I tried to stay calm and bring the tyre up to temperature, then push hard on the last lap and try to get on the front row. We succeeded, and I’m very happy about that, because that was our goal today, as tomorrow we will be forced to start three positions behind because of the penalty. The second row is not a big problem, but it will still be crucial to get a good start.

The Ducati Lenovo Team riders will be back on track tomorrow at 9:40am local time for the warm-up before tackling the race on a 27-lap distance, starting at 2pm CEST.