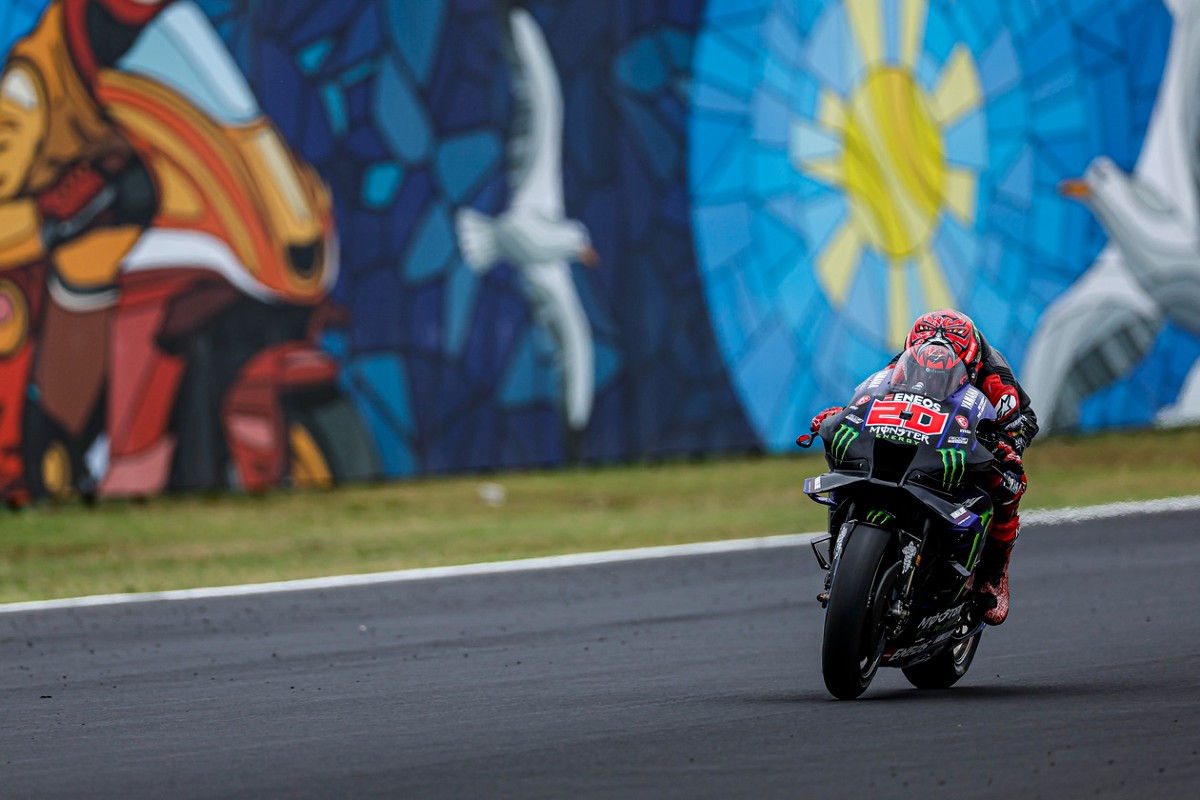 Quartararo was out early on wet tyres but deemed the track too dry after one full lap and headed to the box. He was back out on slicks with nine minutes left on the clock.

By the time the Frenchman had put heat into the dry tyres, he found himself in ninth place. He then gradually started putting in hot laps whilst searching for the limit without going over it. However, El Diablo wasn‘t able to get up to the strong level he showed throughout the free practice sessions. His best time, a 1‘32.246s on his ninth and final attempt, was 0.347s off pole and sees him in eighth place on the grid.

Morbidelli started the Q2 session on wets in order to check out the track conditions. Judging the grip level on his out lap, he made the calculated risk to head straight back to the box and switch to slicks.

Once he started his second run, the local rider initially got up to second place with a 1‘38.084s, but the pace was quickening as the other riders also switched to slicks. Though he kept improving his times, it wasn‘t enough to allow him to make significant moves up the ranking. With his tyres starting to wear, he returned to the box. His best effort, a 1‘33.351s set on lap 7/8, puts him in 11th place, 1.452s from first.

The conditions were pretty tricky in Q2, especially the curbs, we couldn’t really use them. The times were all so close, and unfortunately, we couldn’t do a great qualifying. Eighth was the maximum I could do in these conditions, so I’m disappointed. In the race I will have to make a great start, do a good first lap, and then play a lot in the first four corners, because that’s where I think I can overtake.

We are now on an upward spiral, which is positive, and this makes me happy. I’m happy about the progress we made and how quick we were in the practices. Unfortunately, today we didn’t have the qualifying we were supposed to have. We made some wrong decisions, due to the sudden change in weather. But anyway, our level is getting up there, which is the main thing.