2nd and 5th for Masia and Holgado at #SanMarinoGP 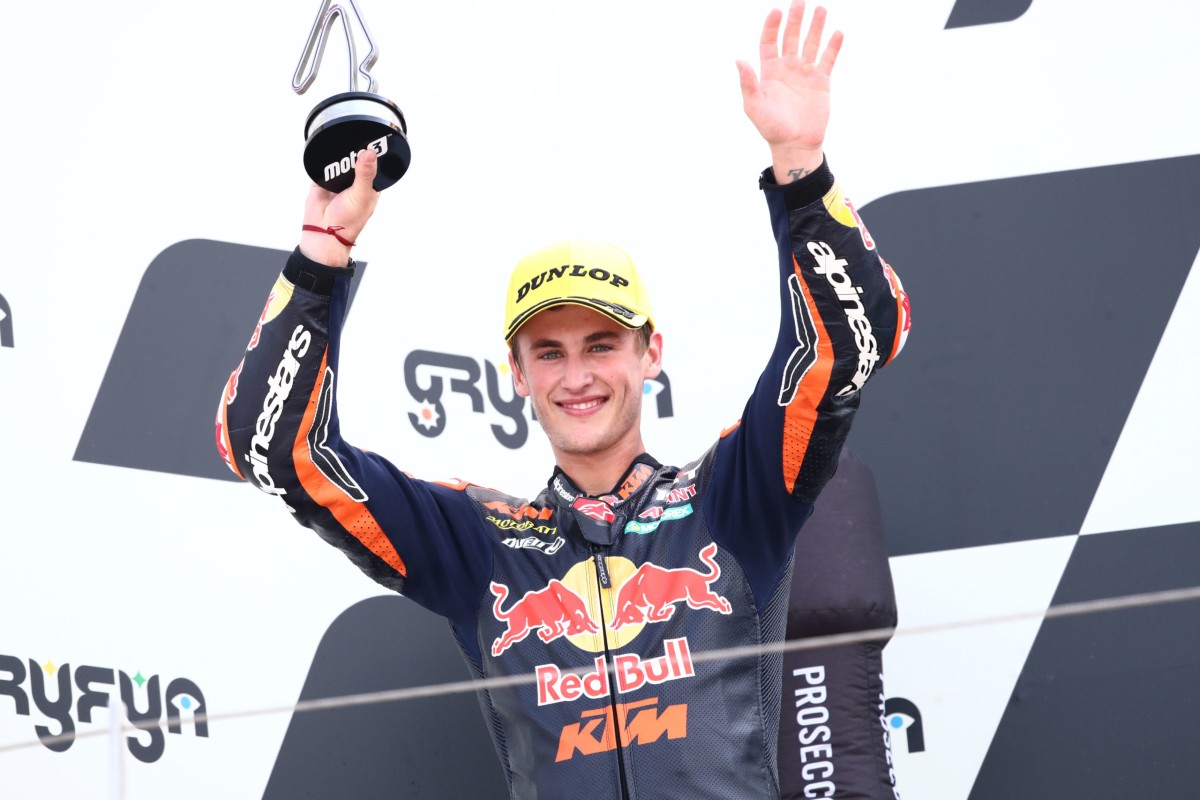 The San Marino Grand Prix saw Jaume Masia fight back from eleventh on the grid to place second, earning his sixth podium of the season. Red Bull KTM Ajo Moto3 team mate Dani Holgado fought for the rostrum until the final laps, taking the chequered flag in fifth.

Masia had work to do from the fourth row of the grid, but set a fast pace to climb up the order, lap after lap. By Lap 5, he was already up into the Top 5, and past the midway point he waited patiently behind his team mate as they pushed for the podium. In the closing moments, a series of overtaking moves and a stellar last lap saw Masia clinch second place.

Holgado was on the front row of the grid for the fourth time this season. The Red Bull KTM Ajo Moto3 rider dropped places on the opening corners, although he quickly regained second place. He settled into third after the initial ten laps, carefully managing the gap to the frontrunners. Remaining part of the group, he would eventually claim fifth at the San Marino GP.

Masia is fourth in the overall standings with 147 points. Holgado is tenth with 67 points. Next up is the Aragon Grand Prix, held from September 15-18th at MotorLand Aragon.

It was a very tough race. We started from the fourth row, but we were able to manage the race well and climb positions. This result was important, because it allows us to go to Aragon very motivated. Thanks to the team for all their work this weekend; next time we will be racing at home and we will fight for another result like this.

It’s been a positive weekend. We started quite well, although the first day did not go as we had hoped. We were able to solve the problem and I’m very happy. Getting on the front row yesterday was important and today we were in the podium positions for almost the entire race, which is what I will take away from today. Both the team and I are hungry for more after all the work we’re doing, so at MotorLand we have another chance to take that step.