Albert Arenas 4th in #SanMarinoGP but DNF for Jake Dixon 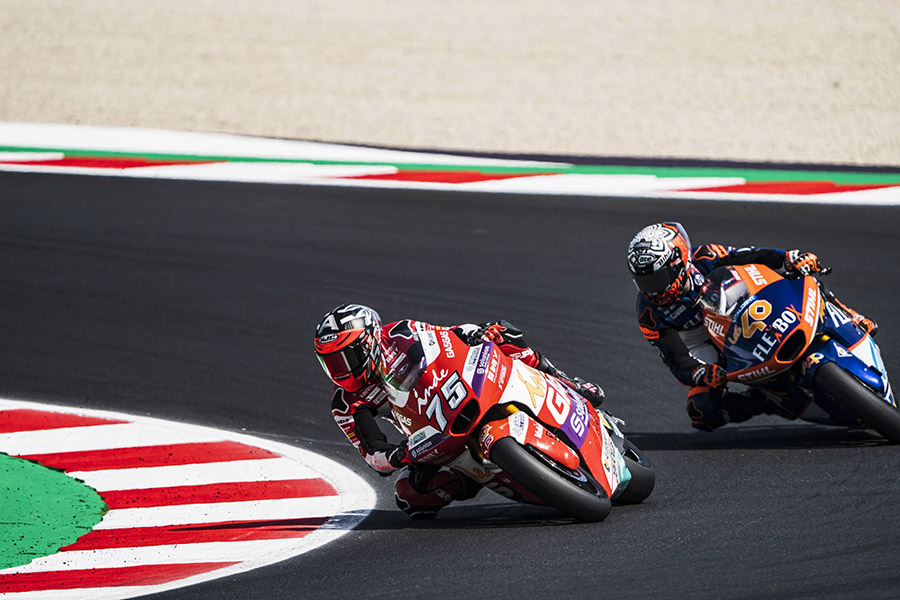 Augusto Fernández is once again the leader of the World Championship after being third in the San Marino GP. The Spanish rider has managed to get on the podium after a beautiful fight with Albert Arenas. Also, after the crash of Celestino Vietti, Fernández and Ogura have increased their advantage over their main pursuer.

Albert Arenas held third for much of the race at the Misano World Circuit Marco Simoncelli. However, with three laps to go, Augusto Fernández has snatched the podium position from him. The Catalan rider has once again come close to the top three positions and will continue fighting to get that podium. On the other hand, Inde GASGAS Aspar riders Jake Dixon and Mattia Pasini had a difficult race. The British rider crashed on the first lap and the Italian also had to retire with 13 laps to go due to another crash.

4th Albert Arenas (+4.615):
“I am very satisfied with how the weekend went. We have taken a step forward and we have consolidated ourselves in the fight for the podium. I clearly wanted the podium, but today it was time to bring home a good result. In this case, it was a fourth position. We also take important things for the end of the season. We keep working and looking forward to racing in Aragón.”

Mattia Pasini (crash):
”Honestly, I am left with a bad taste because I think I had a chance of reaching the podium. I felt very good on the bike but when I was waiting to attack I relaxed and made a mistake. It was a shame, because I think today we could really fight for the podium.”

Jake Dixon (crash):
“It wasn’t a great day. We weren’t able to finish the race and it’s not ideal, after three podiums we could have fought for something else. We have to think about the Aragon race, it will be better there.”