Alex Rins seventh in the #SanMarinoGP 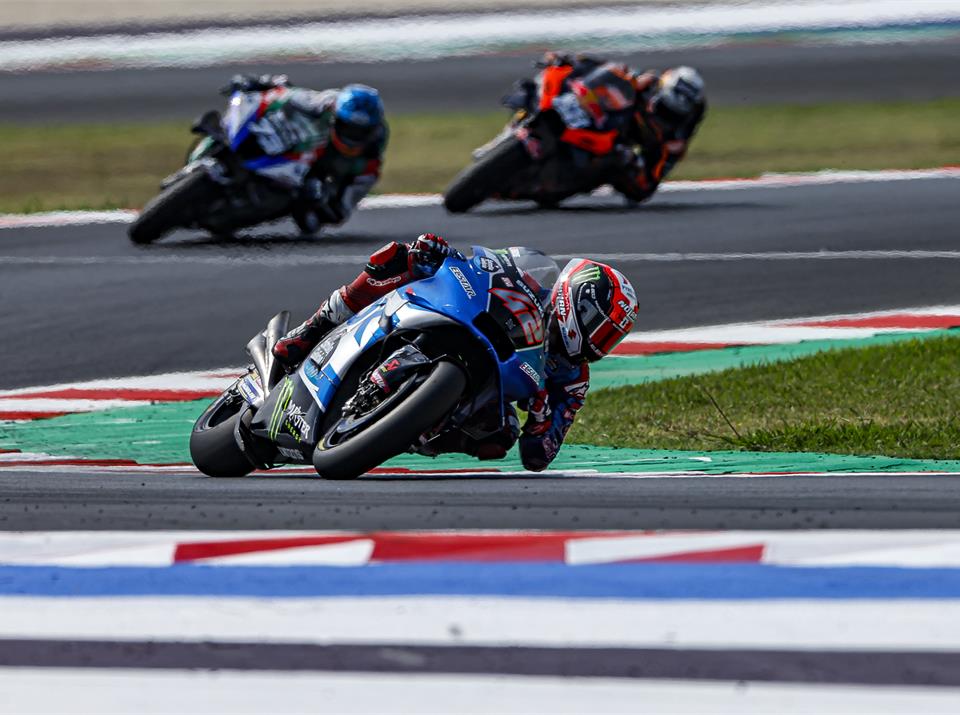 Typically, when the MotoGP circus comes to Italy, there’s plenty of drama. Today the San Marino GP offered up another battle with high tension and high attrition. Team Suzuki Ecstar’s riders, Alex Rins and Kazuki Watanabe both did well to stay out of trouble and bring home finishes.

The late summer downpours that had rolled around circuit during race week stopped on Sunday and it was a hot and sunny Misano World Circuit with an excitable Italian crowd for the 28-lap race. Rins had a steady start from his 12th place grid spot, but after the melee in the opening laps with several messy crashes, he kept it clean and moved into eighth spot. Rins proceeded to set two fastest laps and close in on the group in front of him. At around the half-way point, Rins was able to battle for seventh place, a position he eventually maintained until the finish line – which gave him a boost in terms of points.

Meanwhile, Watanabe enjoyed his first MotoGP race debut and made it to the end; he did particularly well at the start to hold 18th position. The Japanese stand-in rider closed the race in 21st place.

“Overall, I’m quite happy because despite starting from 12th position I did have some good pace. It was always going to be really tough to beat the Ducati riders here, so I knew it wasn’t going to be an easy job today. After I passed Martin for seventh place I ran wide and went off the track, then I had to spend some laps coming back to overtake him again. It was a very physical race, and I even felt a bit of arm pump when I was pushing to make positions. So, it wasn’t really the finish I wanted, but I know I gave my all.”

“I’m quite happy to finish the race, and now I can officially say I’m a MotoGP rider!
I’ve said it many times already; but I’m so happy to be here and the experience has been amazing. Finishing the race gave me extra confidence with riding and the whole weekend has been a dream come true. Despite being an endurance rider, I found the full race distance very tiring with some arm pump from all the hard braking. Then, in the last phase of the race I managed to do my fastest lap of the whole weekend, so that was good.”