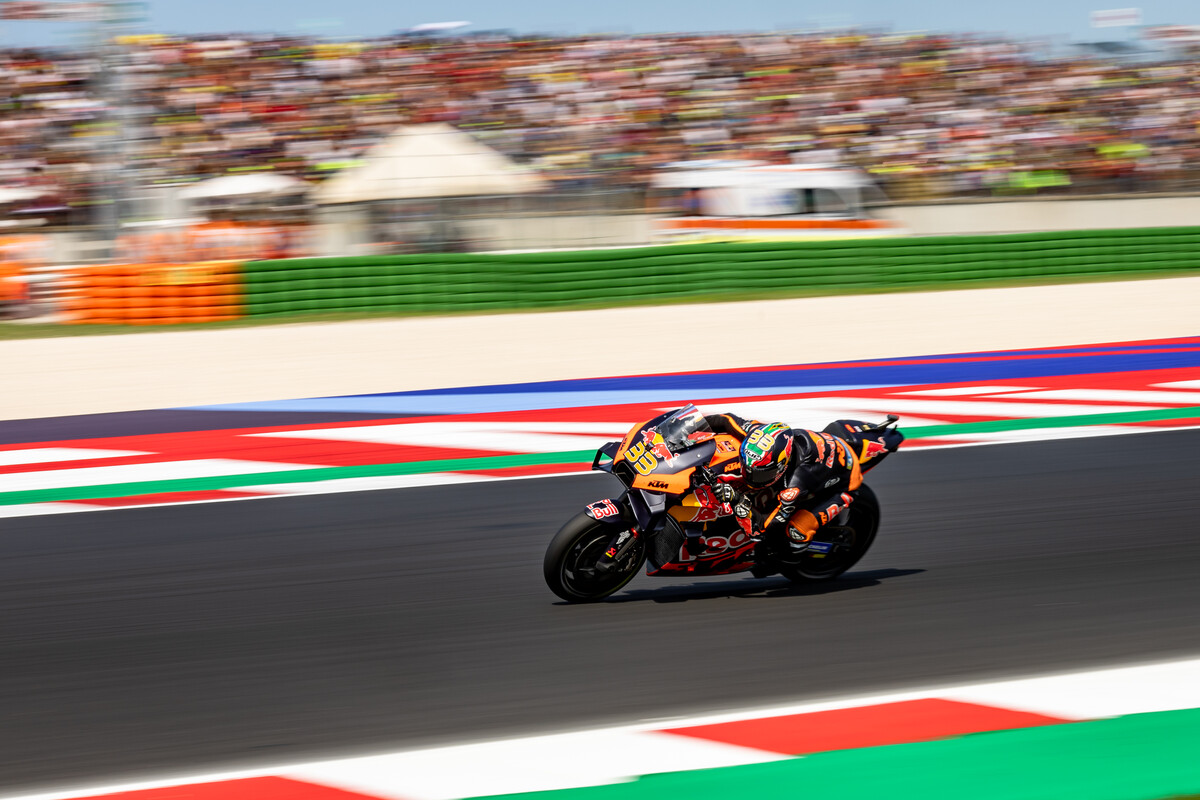 Warm but damp weather coated the final Free Practice sessions and Qualification at Misano on Saturday where Miguel Oliveira was the most advanced KTM rider on the MotoGP grid in 10th place. Brad Binder was not far behind in 15th and both launched strongly as the 27-lap dash got underway in a significantly better climate and higher temperatures.

After a chaotic start through the tight first corners, the teammates ran close together on the edge of the top ten. In the final stages of the long distance, Binder was able to conserve more of his tire to pull ahead and found himself isolated in 8th with little chance of making it to 7th or facing demotion. Oliveira was hamstrung by a Long Lap penalty in the final two circulations for exceeding track limits and passed the checkered flag in 11th.

Raul Fernandez and Remy Gardner rounded Misano for the first time on MotoGP machinery and took their Tech3 KTM Factory Racing RC16s to 13th and 19th respectively. For Fernandez in particular this was his second-best result of the season.

MotoGP now opens the throttle for a two-day test on Tuesday and Wednesday at Misano before heading to Spain for the third time this year. The Gran Premio Animoca Brands de Aragón will draw the series to the MotorLand Aragon circuit near Alcañiz on September 17-18.

Brad Binder:
“I gave my best from beginning to end and it was a dramatic first few laps. On the second or the third one I was stuck behind someone else who crashed and I was so lucky I didn’t go down. I was able to carry on and push as hard as I could. We did our best and 8th was all we could do today. I want to say thank you to the guys again because the best version of the bike was again available to me in the race. We tried a lot of different things and we got some great information. Hopefully that will also lead to some positive steps this week as well.”

Miguel Oliveira:
“A long race and very tough one. I had issues at the beginning getting the left side of the tire working; some worrying moments. Sector 3 was a problem-spot all weekend for me and I was pushing the limits. The Long Lap penalty was not ideal but, overall, not a bad Grand Prix.”