Canet returns to the podium with 2nd in #SanMarinoGP, DNF for Navarro 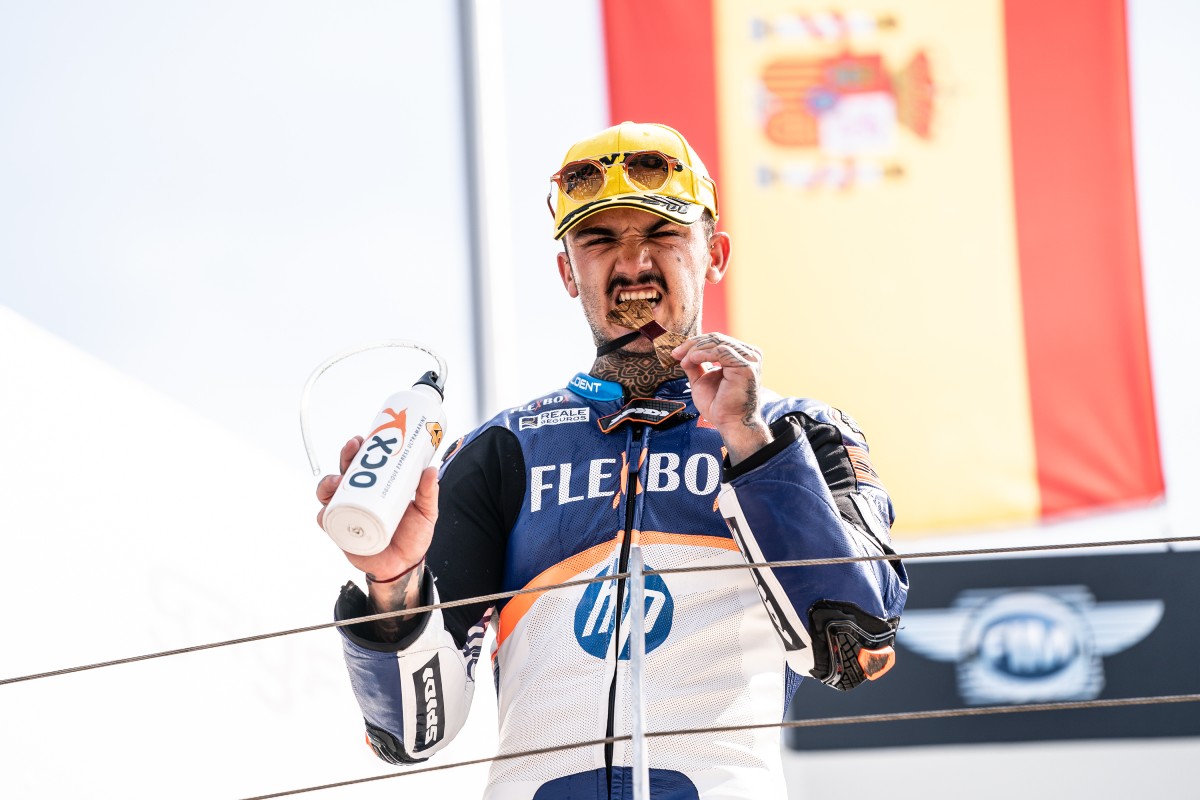 The FlexBox HP 40 returned to the podium with Arón Canet, who once again showed his best performance in a very hard fought race in the intermediate category.

After starting from fourth position, Canet knew he had the pace to fight for the victory today and he missed it by just over a second. Great race fighting in the front positions that gives him morale to continue in the fight for the title, being third in the overall standings.

Worse Sunday for his team mate, Jorge Navarro. The pupil of Sito Pons has said goodbye to the race after 4 laps after a crash and now has his mind set on Aragon and achieving a better weekend.

Very happy with the second place. Today we were very competitive and we took a very important podium which gives us confidence to fight for victory again at Aragón. Thank you very much to the team and to all the people who have been by my side during all these difficult races.

There was little to say about today’s race. I crashed at the start and it was a shame. I’m sorry for the team and now we have to think about Aragón and have a different weekend.

#SanMarinoGP
Get All Our Latest News Sent Direct To Your Inbox
Join 30,253 other subscribers.
Follow on Social Media
Get the VROOM Podcast
Download our Vroom.GP App