John McPhee ninth at Misano, but DNF for Ayumu Sasaki 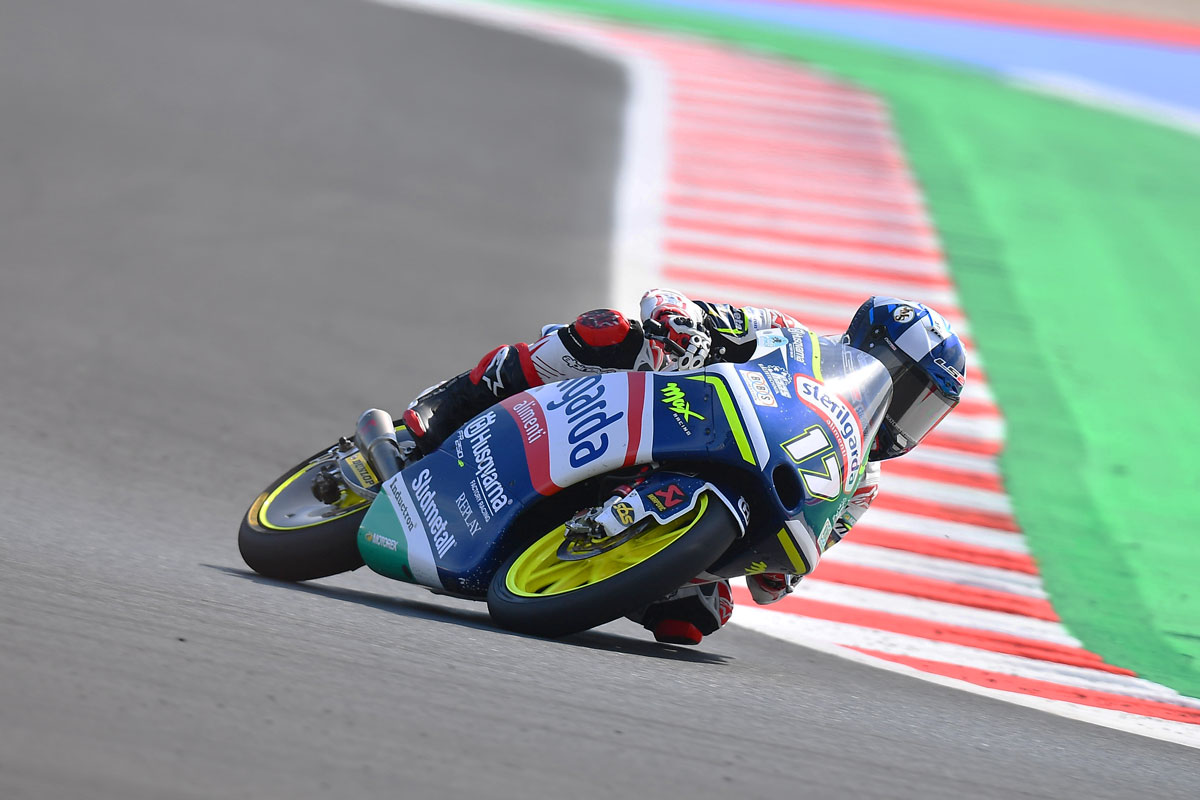 John McPhee took home a good ninth place in today’s San Marino GP, 11,383 seconds from the winner. John is the third race in which he manages to earn points. It has to be said that the weekend had been rather difficult overall, and the British rider was never particularly comfortable in the dry. Yesterday however, in intermediate conditions he had managed to conquer the eighth position on the grid. On the finish line of the first lap, he passed tenth, but on the second lap he slipped into fifteenth position. In the following laps John recovered some positions, closing ninth. John in the race got the sixth fastest lap, with a time of 1’42.012.

JOHN MCPHEE :
“I can’t help but be a little disappointed with the result, because I don’t think it reflects the hard work that the guys in my pit box are doing, during the race weekends, to try to improve. We can be fast and do good lap times. In fact, in some parts of the track I’m strong, but in other parts I get passed easily and in the race I can’t express our true speed. As I said we have very good speed and that is good, but we need to be able to improve to be able to fight with the other riders. We will work on this aspect in the next race. In Aragon the track is smooth, it will be easier for me, compared to Austria and Misano, which are not suitable for my riding style. We have some points to work on, but overall I have to thank my team, because as always they have worked very hard. We will soon achieve the results we deserve.”

Ayumu Sasaki, however, who started from the seventeenth position, was mown down by a wild card, on the first lap in turn 4. In fact, the young N. Carraro, after having missed the braking, hit the blameless Ayumu, that slipped. A real shame, especially considering the amazing comeback that Ayumu did in the Red Bull Ring. Ayumu was fast all weekend and the only time he preferred not to risk was during qualifying. All this is understandable, given the two significant falls of this season.

AYUMU SASAKI :
“It was a very disappointing day. We felt good in the warm-up, we had a great pace, but unfortunately, in the first lap of the race one guy hit me and I crashed. It is very disappointing, I know that in races something can always happen and there is nothing I can do about it. I just need to look ahead, we have 6 races to go now, again, we went back to 66 points rom the first position in the championship. It is an up and down season, but this is how it is, I just need to accept it and try to be better in Aragon.”