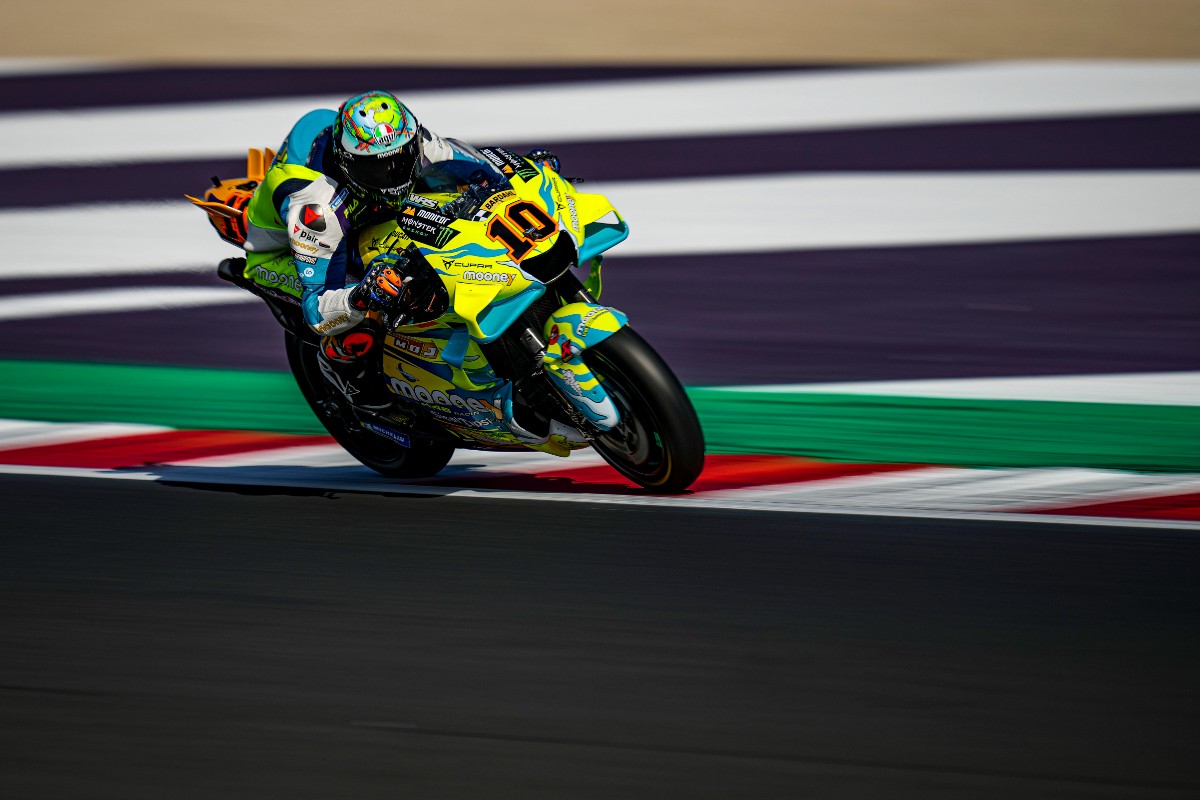 Another great show of strength for Luca Marini who repeats, at San Marino GP, the fourth place he scored just two weeks ago in Austria. For the rider of the Mooney VR46 Racing Team, this is the third placement of the season in the top 5 right in front of the home crowd. 17th under the chequered flag, after a crash during the second lap for Marco Bezzecchi.

Starting from the P7 on the Ducati Desmosedici GP and after an excellent start, Luca immediately picked up the pace of the group fighting for the podium in P4, a position he maintained until the finishing line. He thus equals his best career result in the premier class and rises to 82 points in P12.

On the other hand, a more complicated Sunday for Marco from the front row after qualifying. Fourth at the start of the second lap, he was the victim of a crash that forced him to the rear of the group. Completing the race with the damaged bike in 17th place and out of the points zone (P14 in the general standings, 68 points, first rookie) on the eve of a two-day of testing that will see the team at work in Misano on Tuesday and Wednesday.

A great race and a really constant pace for all the laps. An excellent job by the whole Team: we started a bit far from the top places on Friday, but we recovered and today we were so fast. There is really a great atmosphere in the Team, a good atmosphere and I am happy with these solid results that are coming just in front of this amazing crowd at Misano. We were missing perhaps a tenth on the pace to be able to fight for the podium, the top three guys had something more, more experience, but we were there. We will continue to work, we take full advantage of the testing session on Tuesday and Wednesday to close the season in the best possible way.

Too bad, because this morning we had made a good step forward compared to yesterday on the pace and I was even faster. I made a mistake, while braking I tried not to stay in the slipstream of Maverick (Viñales) so as not to be sucked into his wake, but at that point I was unable to avoid him, I was much faster, I went wide and I lost the front. I’m really sorry, it was my home race, the podium would have been difficult, but I could have fought for the top 5/6 and be with Luca who was really strong today. Let’s turn the page, let’s focus on the testing session: the focus will be riding style and new setups.