Podium and championship lead for Augusto Fernandez at Misano, sixth for Pedro Acosta 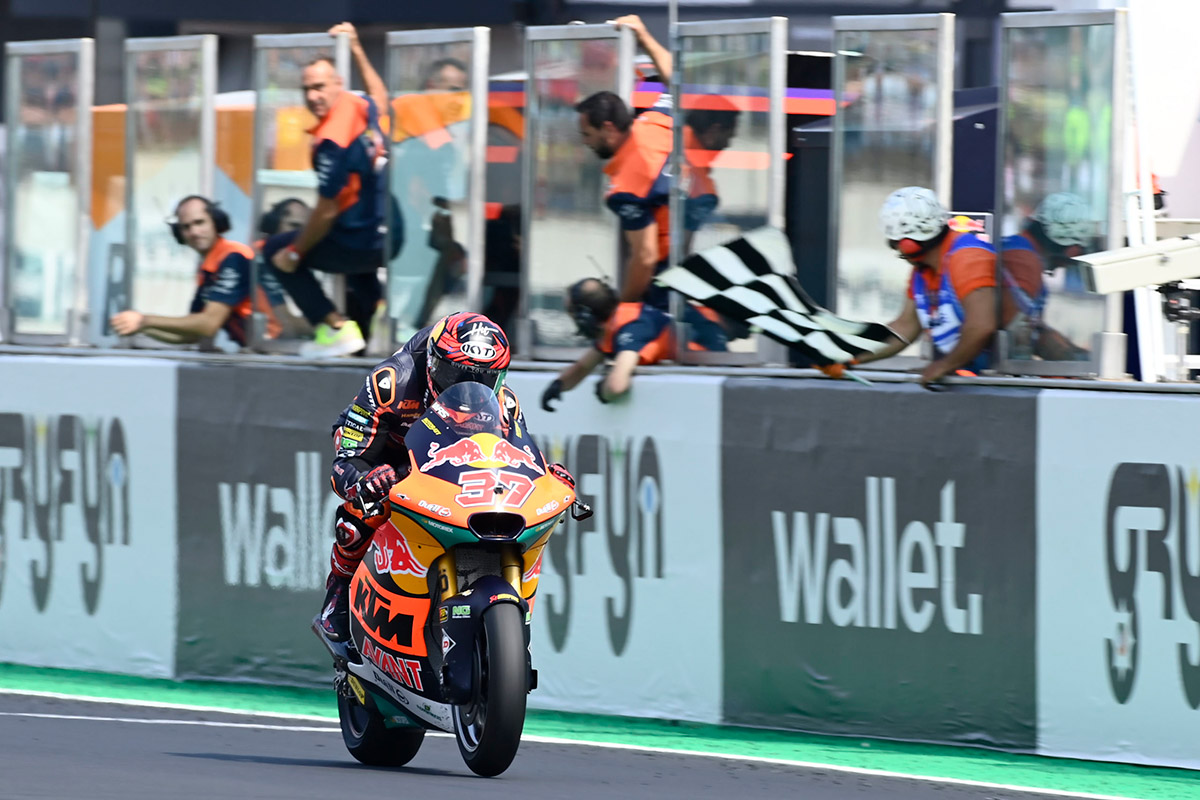 The San Marino Grand Prix was on Sunday at Misano, amidst high temperatures that made the race a demanding one for the Red Bull KTM Ajo Moto2 riders. Augusto Fernandez placed third, fighting for the podium until the last lap. Pedro Acosta finished sixth after a solid showing.

Fernandez had a difficult weekend at Misano, and started from the third row of the grid. The Red Bull KTM Ajo Moto2 rider used his intelligence on race day, avoiding risks due to the delicate conditions of the track. Managing his tyre wear and choosing his moments to attack, he climbed up the order and fought for the podium on the final laps, with a late push giving him third place. After taking his sixth podium of the year, Fernandez regains the lead of the Moto2 standings with 198 points.

Acosta had a positive San Marino Grand Prix. The Moto2 rider began the race thirteenth on the grid, going on to climb positions on the opening laps. He kept up a strong pace, especially during the second half of the race, that allowed him to get into the Top 10, eventually finishing the 25-lap race in sixth place. With 98 points, he is tenth in the overall standings.

The series heads to Spain for the next round, the Aragon Grand Prix, held from September 15-18th at MotorLand Aragon.

#37 AUGUSTO FERNANDEZ
“It was not an easy race, especially with us starting from the third row. It was difficult because we had the trickiest conditions of the weekend due to the temperature. Little by little I felt more comfortable and I took the opportunity to overtake my rivals. Today was a race in which to manage things and score as many points as possible. The team did a great job this weekend to get the bike ready, so we leave Misano very satisfied.”

#51 PEDRO ACOSTA
“It was a positive race. We have to improve the first part of the race and qualifying. From the middle of the race onwards I felt better, but I needed to be more competitive at the start to be able to be higher up. These are the races that we have to use to improve and continue learning. If we don’t lose time on the first few laps, we can be more competitive at the coming races.”