Podium finish for Viñales with 3rd at #SanMarinoGP, 6th for Espargaro 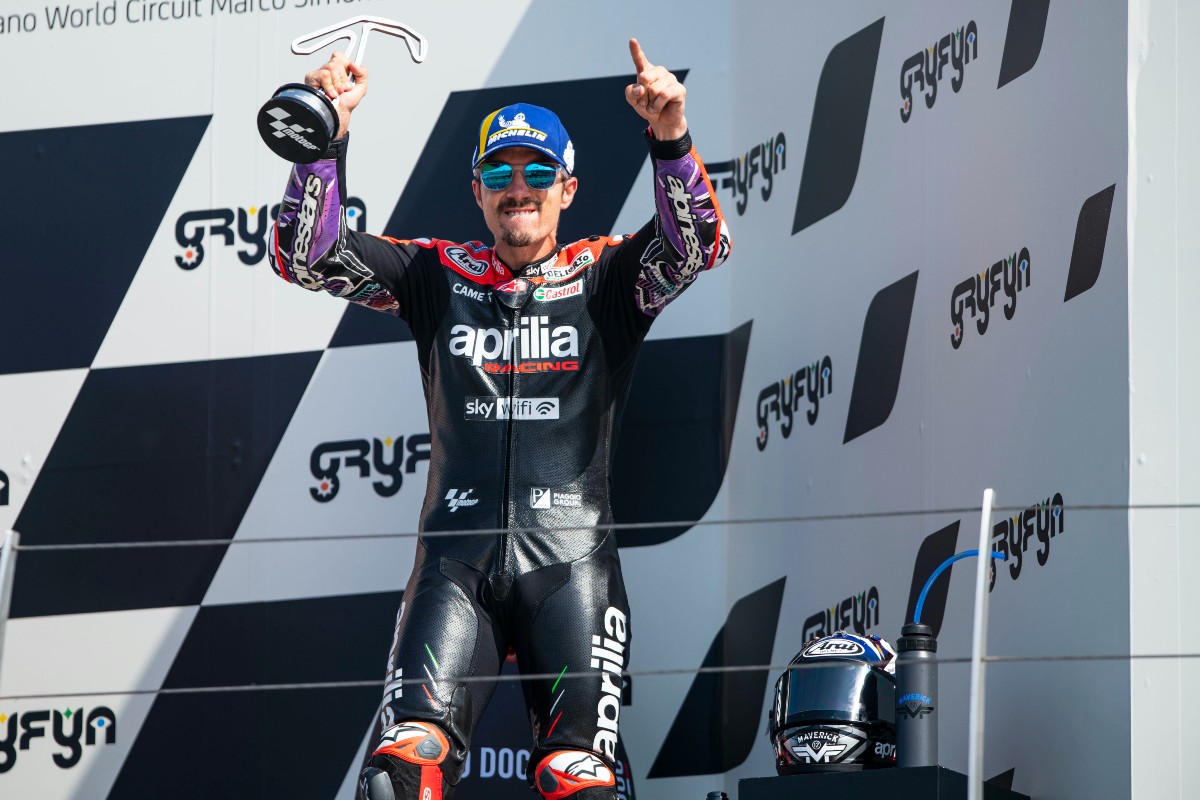 Maverick Viñales took third place in the MotoGP World Championship race in Misano. Maverick shot off the grid from the start along with the group that led for the majority of the race, moving into second place for a good number of laps during the central part of the race, seemingly with the potential to make a play for the win. A drop in the finale relegated him to third place but with a good gap ahead of the fourth-place finisher, allowing him to finish on the podium – his third in the last four races – a result that attests to his growth astride the Aprilia RS-GP and places him eighth in the overall championship standings.

Aleix Espargaró rode a defensive race on a track that is not exactly friendly to him, considering Aleix’s riding style. After a good start, he stuck close and battled hard not to lose contact with the leaders, thereby defending positions. At the end of the day, he finished sixth, just one position behind Quartararo, limiting the damage in terms of points as compared to the current championship leader.

We have grown, but we can’t stop here. We want to win! I had an extremely good pace today but I was unable to find the right space to overtake Bagnaia. He rode a perfect race without making any mistakes, whereas I started struggling a bit more at a certain point. Rather than crashing, taking points home and continuing to learn in view of the upcoming races was important. We’ll have our chance to make up for it. Aprilia is working brilliantly and I’m happy to have two days of tests here.

I’m satisfied with the result because I was unable to be particularly fast throughout the weekend. Even compared with Maverick, I just didn’t have the same pace on this track. I said at the beginning of the season that Austria and Misano would be complicated races for me. At the end of the day, I got through them, maintaining the same gap that I had over Fabio before Assen. Starting farther ahead would probably have given us a chance to do better but in the early part of the race I still managed to do some good lap times. There will be more favourable weekends ahead and that’s where the championship will be decided.