Stellar ride to 2nd in #SanMarinoGP for Enea Bastianini, 20th for Di Giannantonio 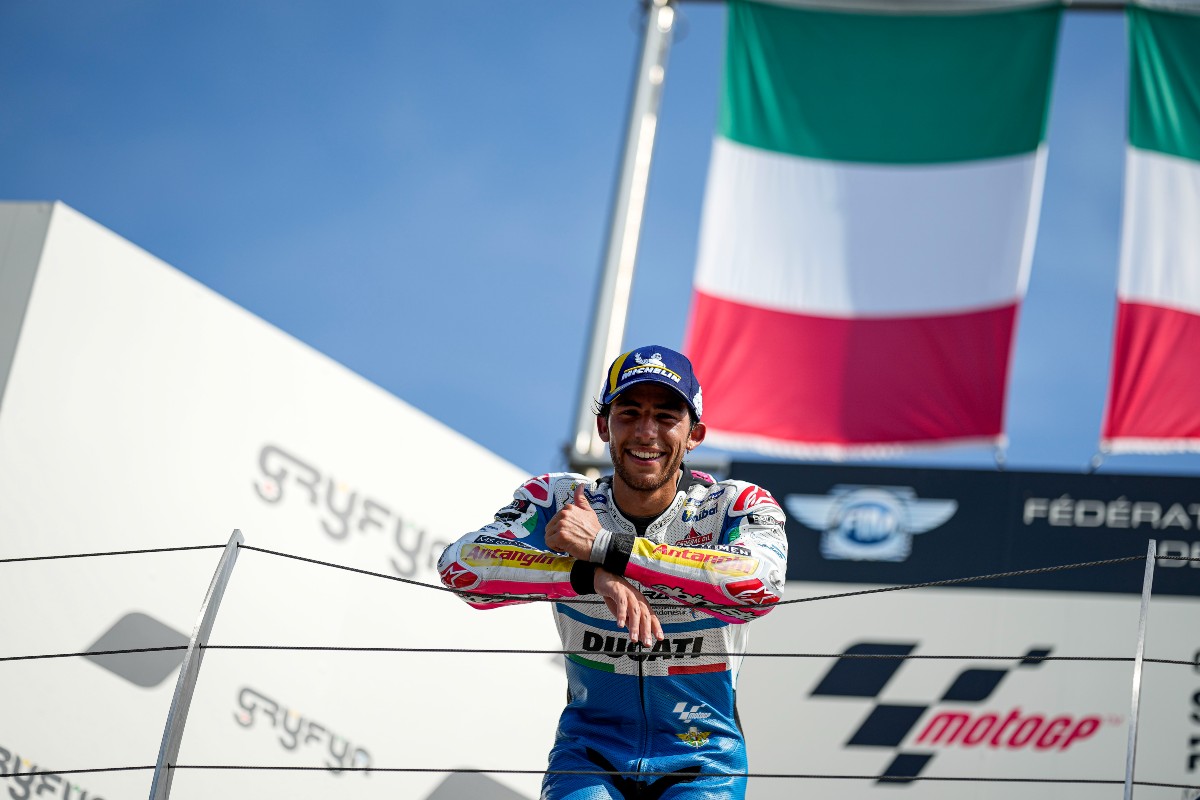 An excellent performance and spectacular finish marked Enea Bastianini’s race on home turf at Misano, which saw the standard bearer of Team Gresini MotoGP battling for the win up to the finish line with Pecco Bagnaia – his future teammate starting next season.

It was not an easy race for Enea, however, especially at the beginning, but he managed it the perfect way before recovering the right feeling and pace in the final laps, when he fought hard on equal terms with the Ducati rider #63. Courtesy of today’s result, ‘Bestia’ goes from sixth back to fourth in the standings, with now 138 points under his belt.

It was an uphill encounter for Fabio Di Giannantonio, who after the coming together with Franco Morbidelli was still able to make it to the chequered flag, while gathering important data and fresh feedback ahead of the last leg of the season.

I had a strange feeling with the tyres at the beginning, as they didn’t get into perfect temperature. From halfway point I was then able to find back the right feeling. I tried all I could until the end, first at turn 14 and then at the last corner I wanted to win, but I had made a mistake before and then towards the finish line Pecco closed the door shut and there was nothing I could do. It’s great to be on the podium with this livery and on such a special circuit for me.

It’s a shame that the race was kind of ruined straight away. I pushed too hard at turn four to overtake and crashed… I did my best to make it to the finish line and honour these colours and this track. Obviously, we were aiming at a different type of result, we had a great pace and we could have been in the top ten. Now we’ll try to make the most of the day of testing in order to get to Aragon with the best possible feeling.