Sealed with a win! Garness defeats Stephenson to take the BTC crown at Snetterton 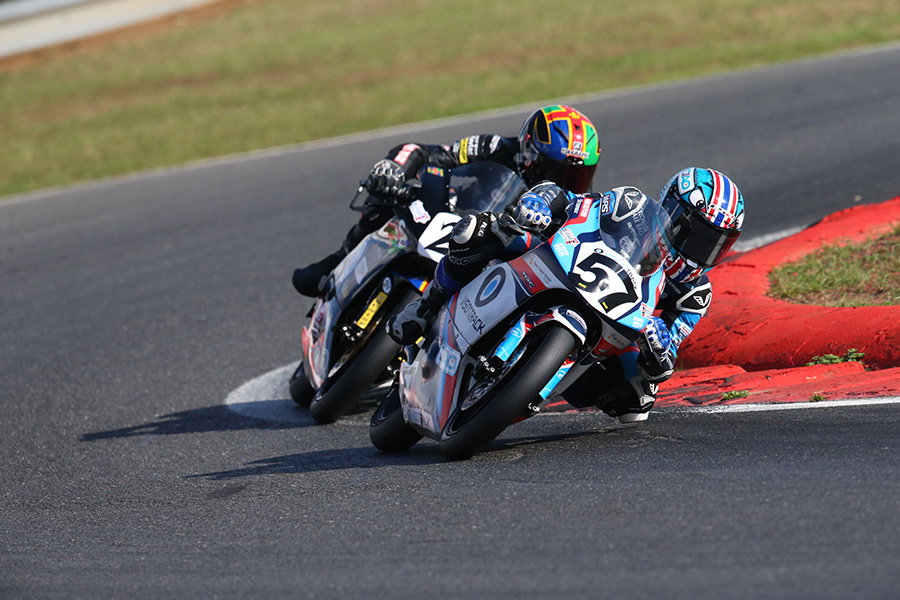 Johnny Garness is the 2022 Honda British Talent Cup Champion! The MLav VisionTrack Academy rider duelled Rhys Stephenson (Rocket Racing) at Snetterton and took another impressive victory to add to his campaign, with an earlier DNF for Carter Brown (MLav VisionTrack Academy) seeing the number 74 forced out of contention for the crown. Behind Garness and Stephenson, Harrison Crosby (Banks Racing) completed the podium on Saturday.

Off the line Garness and Stephenson slotted into an early 1-2, but there was some drama for Evan Belford (City Lifting by RS Racing) as the polesitter had jumped the start and was given a Ride Through. Taking it and dipping out of third, the number 52 then broke the pitlane speed limit and was given a second Ride Through, taking him well out of the fight.

With Belford dropping back, Garness and Stephenson were left with a gap and that only extended from there on out. Then, more drama at half distance: a retirement for Brown. The number 74 pulled up with a mechanical, and that was that. With 94 points in hand before the race, Garness was guaranteed the crown – but would he seal it with a win?

The duel at the front raged on, with Garness leading Stephenson and the two trading lap records. Picking their way through traffic and onto the final lap, it was a few tenths in hand for Garness as he faced down the final couple of miles to seal the crown in style, and that he did, taking the win by 0.195 from Stephenson.

Behind, Crosby had a lonelier ride to third ahead of Lucas Brown (SP125 Amphibian Scaffolding), who took fourth and was likewise in some clear air over the line. Filip Surowiak (MJL Racing) took fifth in a tight battle against Ryan Hitchcock (City Lifting by RS Racing) and Bailey Stuart-Campbell (Team 151s/Lextek).

Behind that trio was another closely-fought duel between MLav VisionTrack Academy teammates Daniel Goodman and Harley McCabe, with Ollie Walker (SP125) completing the top ten. Despite his two Ride Throughs, Belford stormed back to an impressive P12 – and only 0.010 off Luca Hopkins (SP125/Barnsdale Leisure) just ahead.

That’s a wrap on Saturday and the crown is decided. Garness is the 2022 Honda British Talent Cup Champion and what a campaign it’s been already! The number 57 has 11 wins and two further podiums, and he’ll be back out trying to add more on Sunday as the lights go out for Race 2 at 12:00 (GMT +1).

Snetterton
Get All Our Latest News Sent Direct To Your Inbox
Join 30,271 other subscribers.
Follow on Social Media
Get the VROOM Podcast