Quartararo anticipates fierce fight in #AragonGP from 6th on grid, 20th for Morbidelli 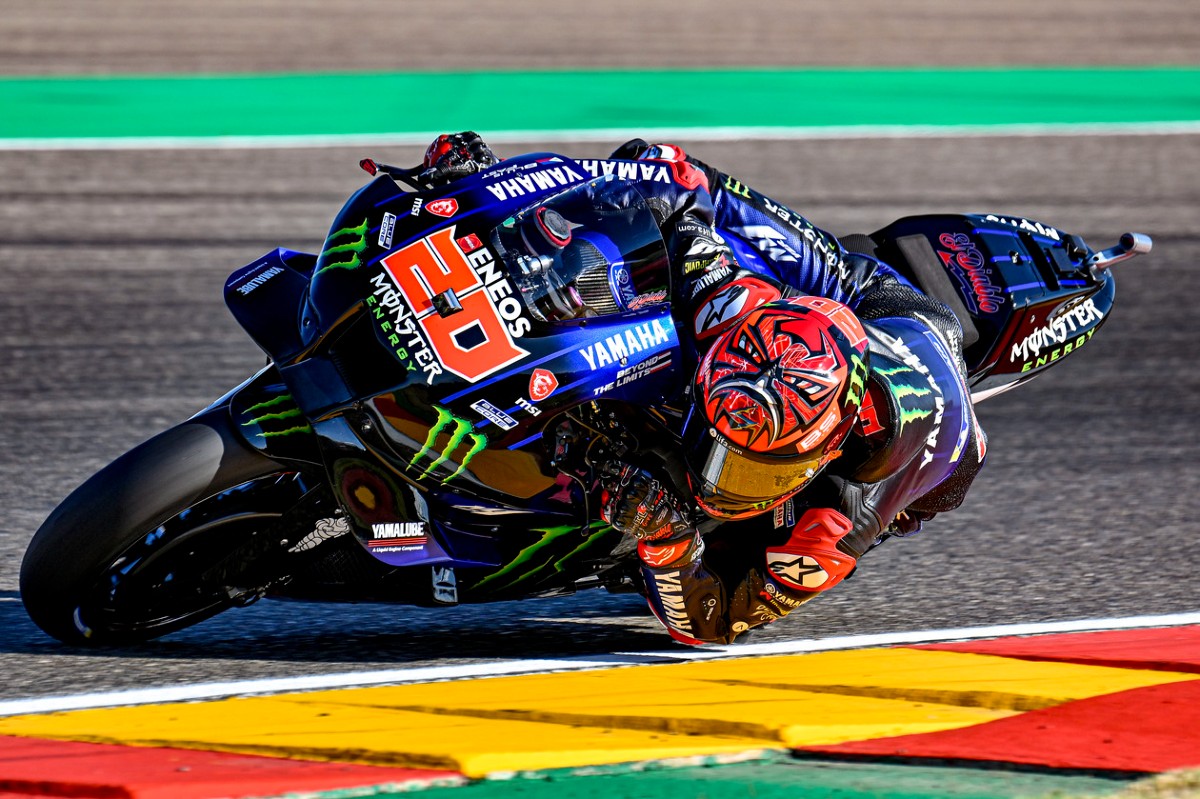 Monster Energy Yamaha MotoGP‘s Fabio Quartararo rode fully on the limit in today‘s Q2 session at the MotorLand Aragon track, determined to get a good starting position for tomorrow‘s Gran Premio de Aragón. He gave it his all, and it was rewarded with P6 on the grid. Franco Morbidelli‘s search for grip continued on the second day in Alcañiz. Despite finding an improvement in FP4, he will start tomorrow‘s race from P20.

Quartararo let most of his rivals exit ahead of him in Q2. Though strong in sectors 1 and 2, he was struggling to maintain his red-sector pace on the second half of the track. He gradually worked himself up to seventh place, with a 1‘46.952s, set on his third lap, before heading back to the garage.

With four minutes remaining, the Frenchman resumed his quest. But a near crash in Turn 2 meant he had to wait until the next hot lap to get in his final bid in for a place on the first two rows. He had dropped to tenth at the time, but with a 1‘46.802s seventh and final lap, he moved up to sixth position, 0.733s from the top.

After a difficult FP3 session due to the windy conditions and a lack of grip, Morbidelli had to take part in Q1. With an improved feeling on the bike in FP4 that resulted in 11th place, he felt encouraged to push for a top-2 placement in the qualifying. He started the 15-minute shoot-out strong, setting a 1‘47.651s on lap two, which briefly had him sit in fourth place.

However, as the pace picked up, he dropped to 10th and returned to the pits. The team fitted a fresh soft rear tyre, but the Italian was unable to better his fastest lap. He ended the session in 10th place, 1.082s from first. The result sees him start tomorrow‘s race from P20 on the grid.

We know where we are losing time on track. It’s not something that we can change by tomorrow, but anyway I’ll give my 100%. I lost the front in Turn 2. That was my only mistake. I lost the lap time, but I don’t think it mattered in terms of position. I made my lap time on the second lap, and it was probably very similar. P6 was the maximum. It’s a shame because I’m super happy with my pace. I feel so good and that we have the pace to fight for the victory, but being behind rivals in the race makes it difficult.

It was a tough day. I couldn’t extract potential from the bike, especially in the fast corners, and I was slow. Not in FP4, in FP4 the rhythm was decent, but in qualifying – which is really important – it was different. We’ll keep working.