10th for Vietti at #AragonGP, 20th for Antonelli 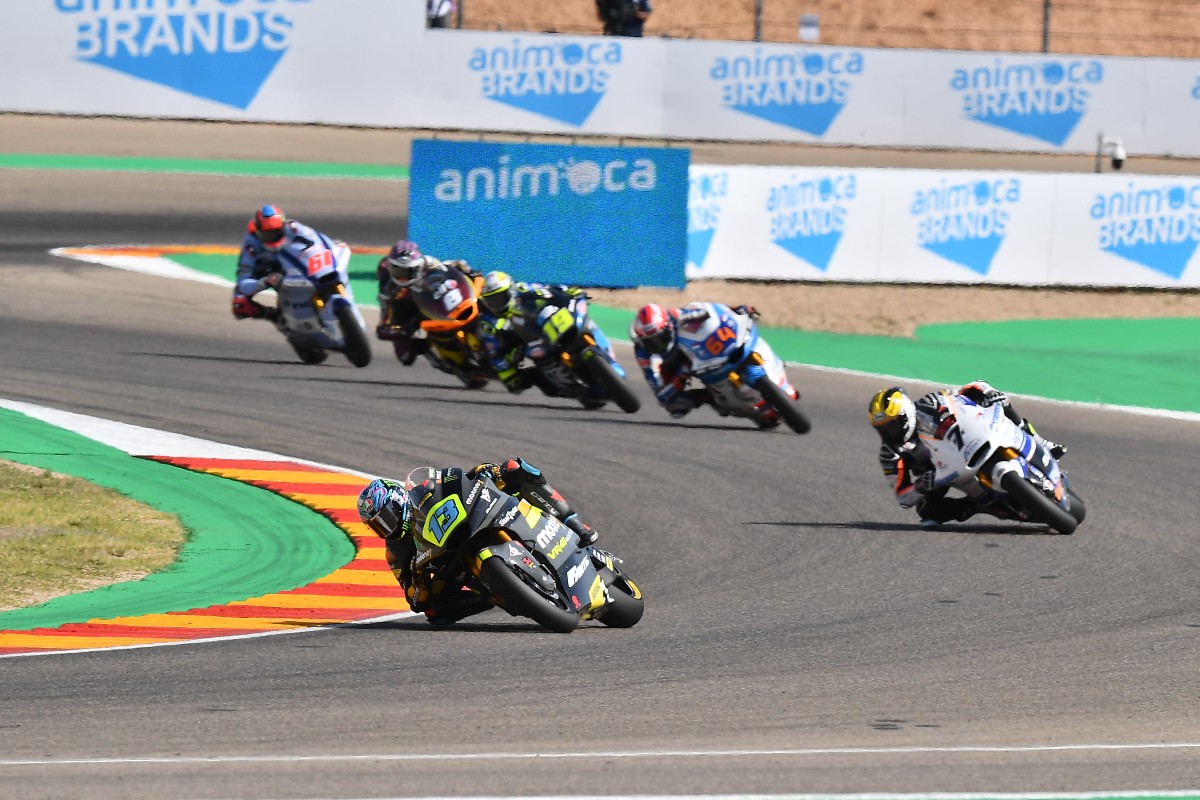 An uphill weekend from the free practices that ended with tenth place at the Aragon GP for the Mooney VR46 Racing Team and Celestino Vietti who sits fourth place in the overall standings with 162 points. 20th for Niccolò Antonelli.

Starting from the 17th spot of the grid and stuck in the group in the battle of the first laps, Celestino kept a constant pace that allowed him to hit the points and then climb the rankings up to the top 10 under the chequered flag.

Out of the top 15 and motivated to return already for the next race in Japan in just seven days, Niccolò instead suffered more than expected in the long run after yesterday’s approach to the Q2.

A good recovery after a difficult weekend. The race was not bad, we limited the damages, but I was never fast. I was unable to understand what I needed to be really competitive and it is an aspect that I will have to work on in the future to be able to better tackle this track which has never been easy for me. We leave for Japan tomorrow, a track that I like very much to recover.

I didn’t get a bad start, just a few corners after the start, another rider crashed in front of me and I lost time and the contact with the group to avoid it. The same thing then happened a couple of laps later and by now the race was compromised. I tried to ride well to the finishing line, to take care of some details and to collect as much info as possible for the next consecutive races.

#AragonGP
Get All Our Latest News Sent Direct To Your Inbox
Join 25,261 other subscribers.
Follow on Social Media
Get the VROOM Podcast